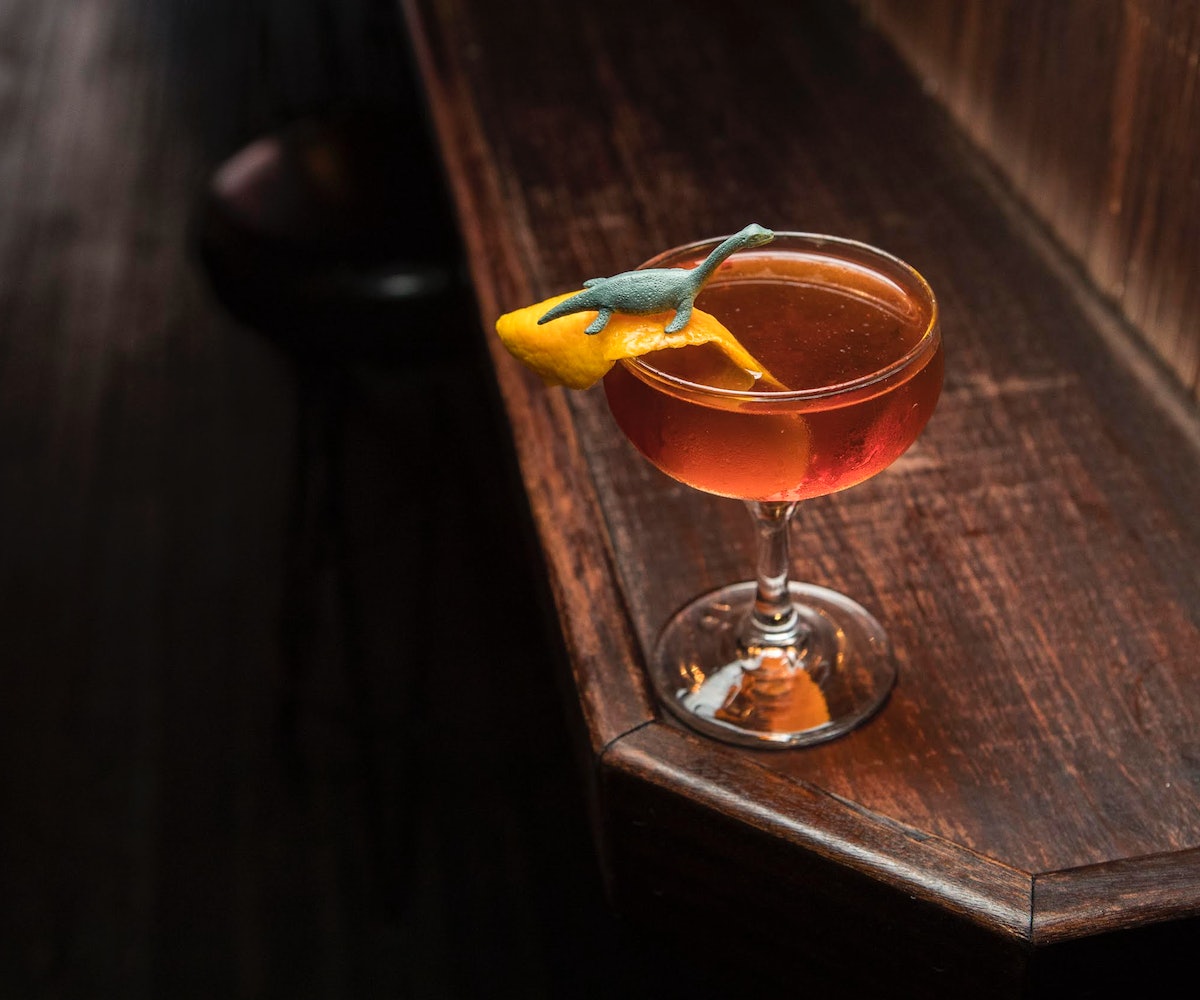 Summer doesn't officially end for another few weeks, but we all know it's pretty much over. Labor Day marks the unofficial demise of beach season, so it's time to start thinking about adapting to the shifting weather. One of the best ways to do that is through seasonal drinking, where fruity and light cocktails get swapped for drinks that are more full-bodied and earthy. With that in mind, we asked seven bartenders at some of the best bars in the country to share recipes for the drinks they think best embody the fall season.

"Autumn and spring are the two big flavor changing seasons, with the shift from summer to autumn being my favorite. People start thinking less about bright and refreshing drinks and focus more on warm, comfortable ingredients like baking spices, aged spirits, and ginger. The Stars in My Eyes pairs the rich and complex solera-aged Santa Teresa with ginger and black tea to create a cocktail that is meant to feel cozy, familiar, and boozy enough to hunker down with on a chilly autumn night."

Stars in My Eyes

Combine all liquid ingredients in a mixing glass and stir until well-chilled. Serve up in a cold cocktail glass. Garnish with an orange twist. For Earl Grey syrup, steep Earl Grey tea in hot water for 10 minutes. Mix with equal parts granulated sugar and stir until dissolved.

"This is just a fun, playful summer-to-autumn cocktail. It's a riff on the classic Old Fashioned that keeps things light and sweet, thanks to the corn from the bourbon, with some spicy flavors. The perfect go-to cocktail for when we're not ready for summer to be over but the sudden chill in the air and the early darkening of days are an inevitability."

My Shoes Are On

Stir all ingredients and serve over a large ice cube. Garnish with candied ginger.

"Fall comes on with a crisp breath of fresh air, especially after a long, hot, and lazy summer. The Apple Crisp embodies this sensation in a glass. The crisp apple notes from Laird's Applejack are complemented by fresh citrus and a touch of warm ginger to perfectly enhance the fall season and new beginnings."

Combine all ingredients, shake, strain, and pour over ice. Garnish with a lemon wheel and ginger candy.

by Charles H. Baker, which has Spanish brandy, pineapple, milk, brown sugar, and vanilla. This was used as a template, and then more intricate and modern flavors have been implemented. Instead of vanilla, tonka bean is used; the Spanish brandy is cut with rum to bring the richness back; the hazelnut cordial is made with Drambuie and Royal Combier for depth; the bitters just tie it all together. This cocktail is an addictive, rich, creamy dessert to drink on a brisk fall evening."

Combine and shake all ingredients and pour over one ice cube. Garnish with nutmeg.

"This is a great cocktail for the fall season because as the temperatures start to cool, everyone turns to darker spirits for their cocktails. Whiskeys and amaro really begin to shine in the autumn. The Mother of Exiles, named after a phrase describing the Statue of Liberty from a poem written to raise money for the pedestal she now rests on, is a split-based variation on a Manhattan, made with American rye and Irish whiskey. These are mixed with spice and saffron, in the form of a heavy amaro and a savory sherry to really balance out the deeper flavors that will keep you warm during the brisk autumn months."

The Mother of Exiles

Combine all the ingredients in mixing glass and top with

. Stir for 20 to 30 seconds or until the cocktail is properly chilled and diluted. Strain and garnish with one orange twist and one cherry.

"The Prairie Buzz is perfect for when the weather turns crisp. The Kansas City whiskey has a touch of nutty Oloroso sherry that pairs nicely with Amaretto and coffee notes. While it was inspired by an Irish coffee, it's served cold to balance those Indian summer temperatures we get."

Shake and strain over one rock. Dust nutmeg on top.

"The Midnight Oil cocktail brings one of my all-time favorite snack combos of a morning coffee and a slice or two of banana bread to life in cocktail form. With an aged rum base, a touch of the Canton ginger for a little depth, and some vanilla extract to round it out, you've got yourself a slightly caffeinated fall-driven sipper."

Add all ingredients into a mixing glass and stir for 15 seconds or until properly chilled. Then strain into a chilled cocktail glass and add brûléed banana slice*.

*For the garnish, peel the banana and cut into medium sized slices. Place bamboo skewers through slices and then sprinkle granulated sugar onto one side. Torch the sugar until it caramelizes, but doesn't burn, and then let sit for a minute or two.