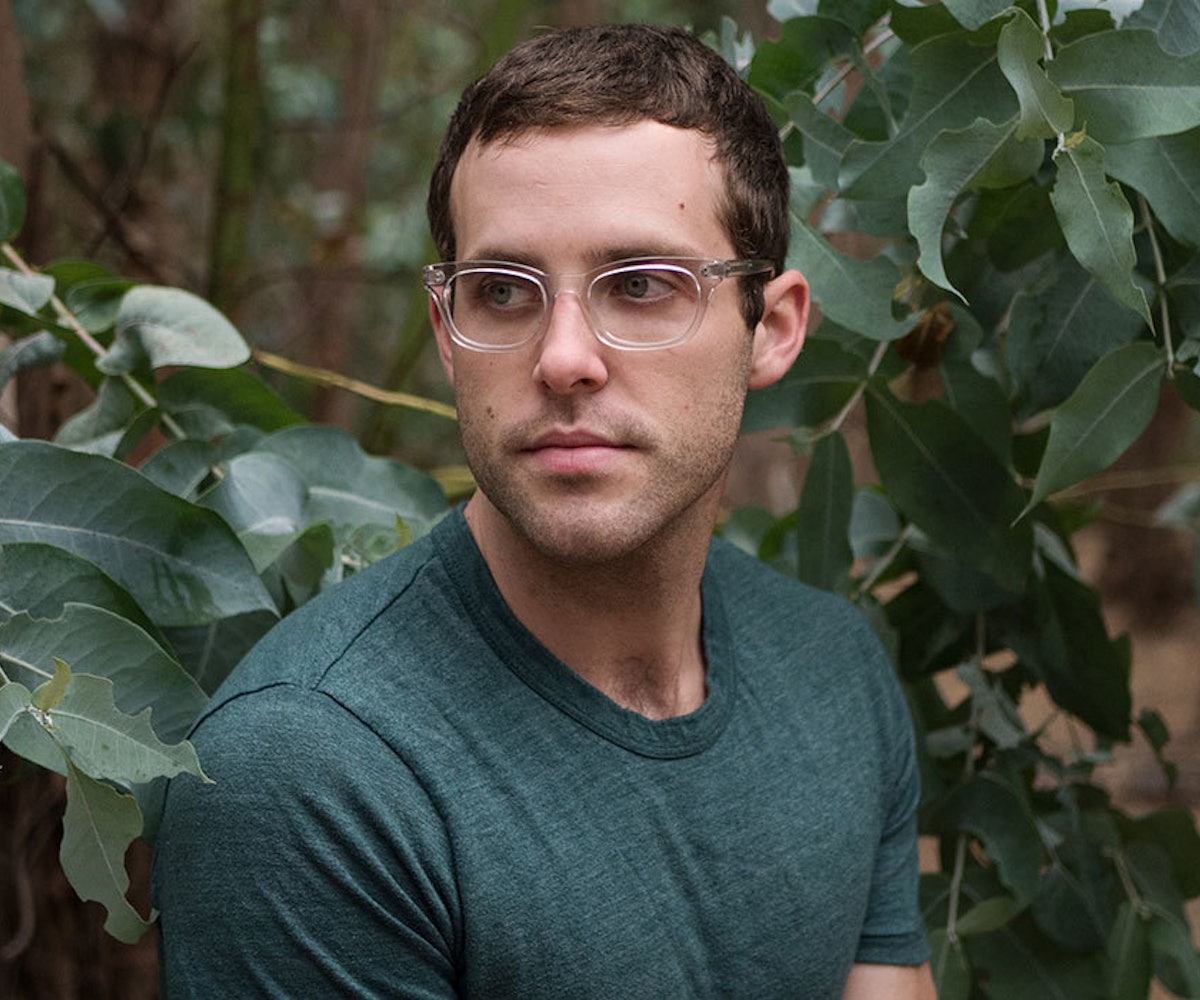 Baths' Will Wiesenfeld is happy. You can hear it in his new music. There's a buoyancy to it that's a stark contrast to his last album, 2013's Obsidian. The darkness and frustration that tied his last LP together are not to be found on his new one, Romaplasm. Instead, he's looking for an escape ("Extrasolar"), a purposeful connection ("I Form"), and some semblance of clarity among the chaos of his life—even if that involves dancing your face off ("Out"). Through Romaplasm, Wiesenfeld learned that plenty is, more often than not, enough.

"Romaplasm is coming from a much happier place, which doesn’t necessarily mean that the music has to be fully happy throughout," Wiesenfeld says. "It's just easier for me to explore all the different things that I want to explore." Because he's arrived at this point in his life, he's found comfort indulging in it all, both the negatives and the positives. All of which gets funneled through Wiesenfeld's often frenzied electronic productions that go from hyperactive to sublime moments of atmospheric bliss within seconds.

Romaplasm is rooted in the obscure—or, at least, what's obscure to Wiesenfeld. He explains it like this:

I have a lot of emotions and things that I enjoy that it's harder to pin down exactly what gets me going about them. Let's say you're eating a piece of candy; you know you're enjoying it because candy is sweet. If you're watching a horror movie and it starts to get a little more complex, you may enjoy it because you enjoy the thrill. Those make sense. Things start to get stranger when you experience a feeling that you can't pinpoint a reason why it makes you feel a certain way. That's where I'm writing from this album around.

Wiesenfeld considers awe to be a major component of Romaplasm, as is making sense of the obscure. It's not so much about the why but the how; it's in that how the answers are found and the music is born. "Obscurity is about accessibility, specifically being inaccessible," he says. With that in mind, Wiesenfeld seeks to find ways to make it not so.

Take, for example, the songs "Human Bog," "Wilt," and "Coitus"—all three are about sex and sexuality. "I'm queer in a way that works for you," he sings on the first, speaking to the lengths he's gone to understand his own queerness. All three songs, he says, make up a sexual trilogy with "Human Bog" being the hell portion. "Wilt" posits Wiesenfeld in a limbo of confidence, doubt, and unhealthy patterns. Heaven, then, is found on "Coitus," an aural release of these pent-up inhibitions and identity crises.

"As I slowly became more comfortable with myself and more open about who I was and who I was attracted to, my writing blossomed," he says. "It's become much easier for me to talk about these experiences and feelings." That element of centeredness, even if the world around isn't so, comes through in each of Romaplasm's 12 songs. You need not look much further than the harvest moon emoji, which finds peace in its mystery, to understand the questions and answers Wiesenfeld is exploring. It's unadulterated, lush, layered—much like life, itself. Never, though, has existentialism and the human quest for purpose sounded so damn bubbly.