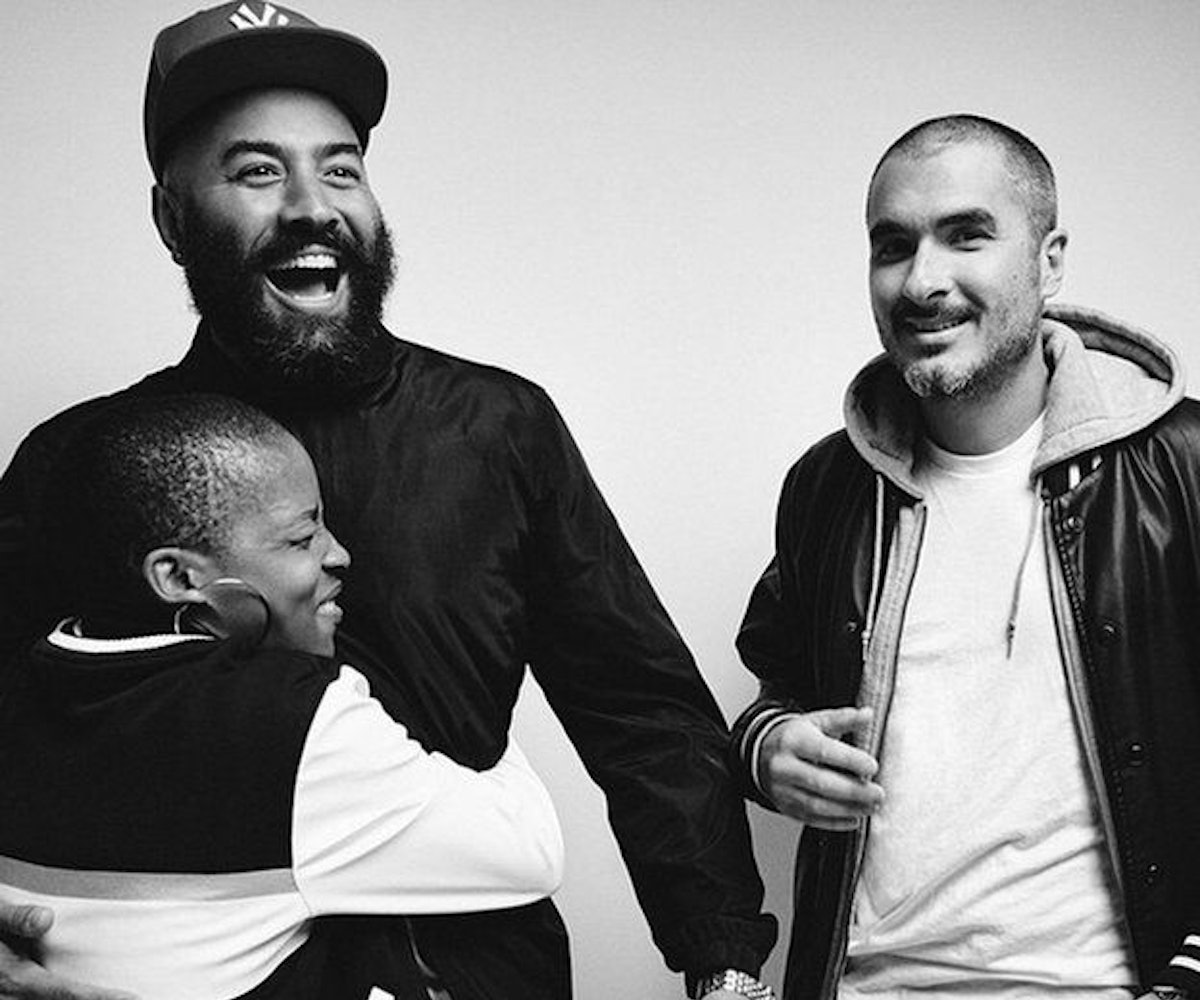 It's been a little over three months since Apple launched the Beats 1 radio show, and already it's hard to imagine the world before it. Beats 1 has rapidly emerged as the premiere place on the Internet to discover new sounds, with the help of artists like St. Vincent, Drake, and Jaden Smith, who regularly curate their own playlists for their own, separate radio shows. But despite these marquee names, the heart and soul of Beats 1 remains with its three regular DJs, Zane Lowe, Julie Adenuga, and Ebro Darden, each armed with eclectic tastes and an uncanny ability to curate the sounds of tomorrow. We spoke to all three of them about their path to Apple Beats 1, and its unique position to change the cultural landscape.

Can you start off by giving me a three-sentence run-down of who you are and how you’ve gotten to where you are?

Julie: I’m from a musical family. Music was a part of pretty much every day of my adolescent life. I had a show on a radio station in East London, Rinse FM, and I was there for approximately three years. Then I got a phone call, and now I’m on Beats1 in London, and that is my journey.

Ebro: So, I started at a radio station in Northern California in 1990 as a high-school kid. I was 15 and I used to get school credit to go help the DJs because I just wanted to play hip-hop music. One thing led to another, and I got to New York City, working for Hot97, and met a lot of amazing people on the way. Zane Lowe said he liked me, and now I’m on Beats 1 on Apple Music with Zane Lowe and Julie Adenuga, and we’re having a great time.

Zane: My career started in Auckland, New Zealand, where I was a record producer of rap music and made music. I also found myself doing some presenting for Max TV music channel in New Zealand, which is a big deal for kids our age because we didn’t have anything like that down there. And that’s how I found my way in the media, and I kind of walked the line from being in the studio and in the media for my whole life. I was on Radio 1 for around 12 years doing the evening show throughout the UK. Then I got a phone call saying Apple was interested in doing a radio component to its music service, and that’s how my journey started. Along the way, I’ve made some new friends who I’ve had the fortune of working with, two of which I’m with right now.

You have this whole new format, which is global. What is surprising you about it?

Zane: I’ve been in Sydney, Australia for a couple of days with my colleagues from L.A. to really hear how the station sounds in a different time zone, and hear how the schedule feels, because it’s coming out continuously no matter what time zone you’re in. What really surprised me was how the variety—when I heard it in the morning, as opposed to the afternoon—sounded like breakfast show hip-hop, but when I hear it in the afternoon in Los Angeles, California, it sounds like quiet time. I realized that all of the challenges with the schedule to satisfy 100 countries in different time zones and different times of the day, it really isn’t contextual to what you’re seeing, or what’s going on outside your window on the street. It’s valuable, but it made me realize there is no daytime or nighttime schedule, and it’s really just about the music-related shows and the constant loop. I also want to say before I hand it over to Ebro and Julia is how quickly music has brought us all together and enabled us to understand and like one another on the air. It’s hard sometimes to put a group of people together on a station as quickly as we’ve done it, and for it to actually feel natural. I think that’s why people are responding to it, because it’s not painted on, and it doesn’t feel like anyone is putting it on. Yeah, we’ll step on each other, but afterward we’re like bros. Julie’s quickly become like a little sister in a weird way. What do you all think?

Ebro: I would definitely agree with that. One of the great things about it is the camaraderie between us, and it’s not like we’ve got to see each other frequently over the last two to three months. Listening to one another, our love for music, and love for what we’ve been honored to be a part of, has brought us really close in a sense that we know that we have the opportunity as people in the media to do something groundbreaking for music, music lovers, and the world; to just fall in love with music and feel connected. Someone on one side of the planet can feel connected to somebody on the other side of the planet through songs and us being on air, on Beats1. Just seeing the way people are socializing about it on social media, people that come up to me on the street in New York City, where people are walking around everywhere and love all different types of things—from music, food, culture, and fashion—and from all walks of life, having a great time with Beats1. It’s awesome and a great feeling, too.

Julie: The only thing I have to add to that I think the world has been connected for a very long time since the Internet started, but more so now than ever and I think Beats 1 has added to that.

Zane: That’s a very good point. The curators are the kids that share music with one another or tell each other about music or share playlists with each other. They share records and songs every day on their phones. What really inspires me is that we are sharing that philosophy instead of leading it. We are listening to them and encouraging them to listen to us in a sharing environment, as opposed to telling them. We’re not telling them what to do—that’s not the mode. I don’t care if it comes from you, or Julie, or Ebro, or me—and by you I mean the audience—let’s just get it. Get it, get it on the air, and get it out there.