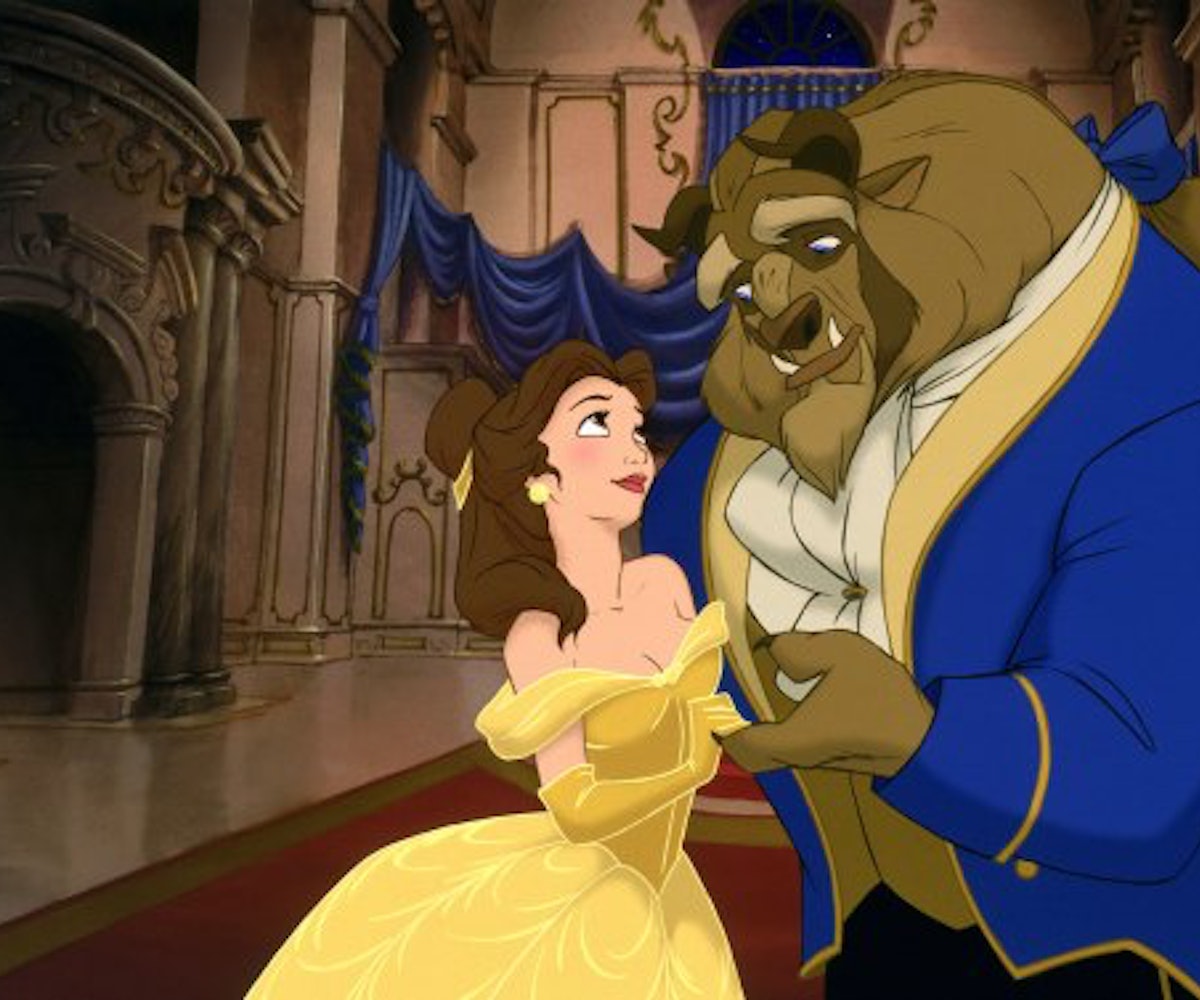 By now, everyone knows that as per Hollywood's standards, every film over 10 years old is due for a remake. And while it's probably best to be skeptical when it comes to remaking classic films (like Rocky Horror Picture Show), one revamp that we're actually excited for is Beauty and the Beast. With Emma Watson and Downton Abbey's Dan Stevens at the helm, the live-action version seems like it might actually pan out to be a really great film, by any standards. Now, with the first cast photo officially released via Instagram, it seems like Beauty and the Beast mania (2.0) is about to start.

The photo, captioned "Can't wait for you to be our guest," shows Josh Gad (Le Fou), Stevens (The Beast), Watson (Belle), Luke Evans (Gaston), and Kevin Kline (Maurice) hanging out. We can only assume this means pre-filming has already started. According to IMDB, the film will be released in 2017. Two years seems like a long time to wait, but remember: There are probably many more social media photos to come to hold you over.