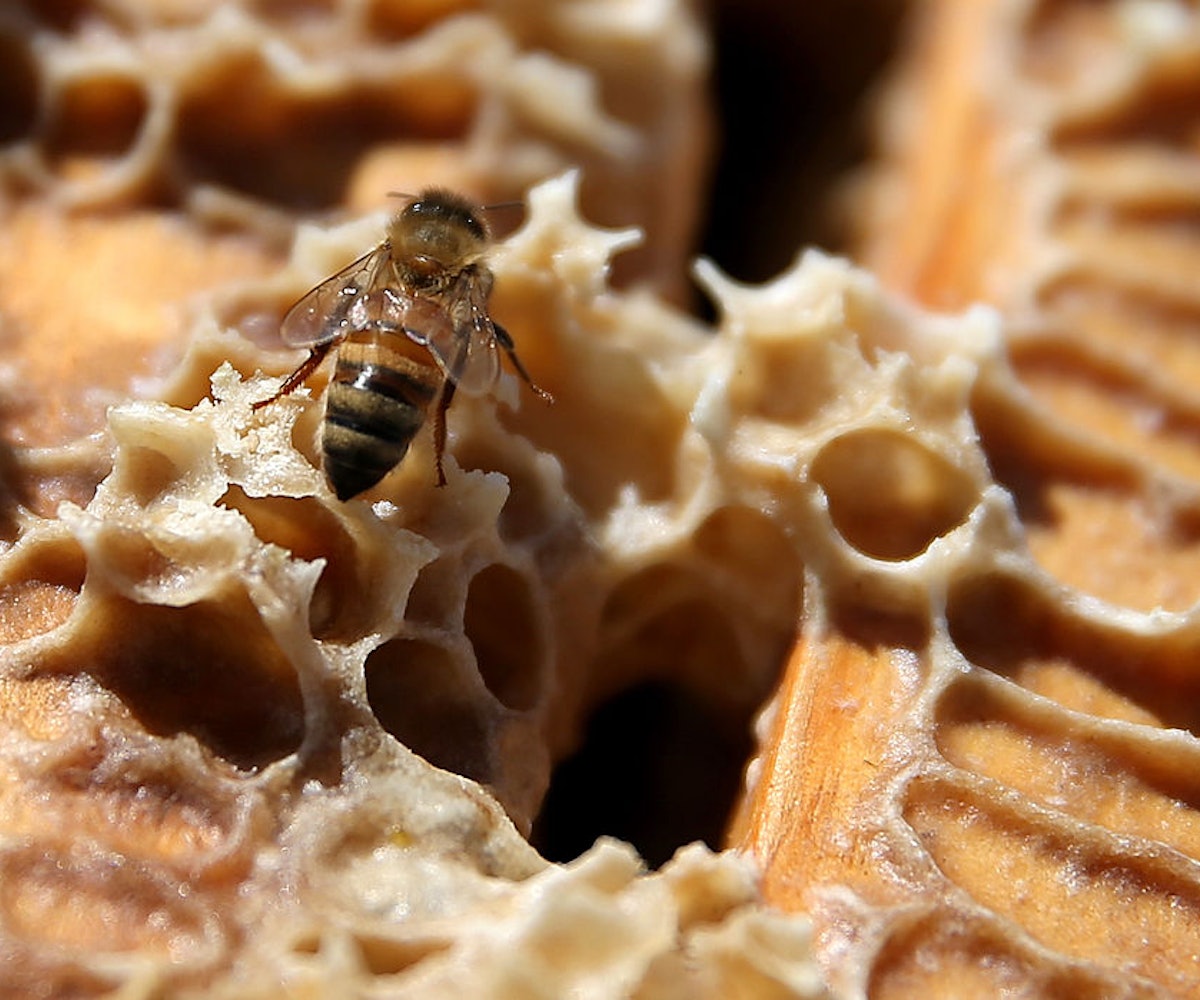 In what is obviously terrible news for anyone familiar with cinematic classic Bee Movie (and, you know, in possession of a minimum degree of knowledge with regard to overall environmental health), it's been announced that a species of bumble bee will be placed on the endangered species list for the first time in the United States. As reported by Discover magazine, the rusty patched bumble bee, "once prevalent in 28 states in the Midwest, south and north-eastern U.S.," has recently seen its population dwindle by 90 percent, leading the U.S. Fish and Wildlife Service (USFWS) to add it to the endangered species list, effective February 10.

Officials speculate that the rusty patched bumble bee was more susceptible to changing environmental factors because of their "extended period of seasonal activity—they are active earlier in the spring and later into the fall than other species. This means that they rely on the presence of flowering plants from April to May—plants that are disappearing due to human activities." The bumble bees are also vulnerable to pesticides and other climate change-related factors, and the USFWS recommends that Americans help bees by choosing to "reduce their pesticide use and plant native flowers and plants that bloom from the spring through the fall."

Of course, the rusty patched bumble bee is not alone in its struggle to survive. Tamara Smith of the USFWS tells Discover, "The plight of the rusty patched bumble bee is not an isolated occurrence, but a symptom of widespread decline of other bumble bees and many other insect pollinators." The continuation of this situation will be disastrous for the country because bees "play an important role in ensuring the health of the ecosystem. Pollinators help plants to reproduce and are an important resource for farmers, who rely on them to fertilize their crops."

It would be nice to think that our incoming president will do something to help address this problem, but considering that he considers global warming to be a hoax of the Chinese government, we're not holding our breath.

NEXT UP
Shopping
49 Cool Things Under $30 That You'll Get A Sh*t Ton Of Use Out Of
Entertainment
TikTok's Wednesday Dance Trend Is Giving '80s Band The Cramps A Second Life
Fashion
Dickies & Gucci Vault Drop A Sparkling, Studded Holiday
Culture
Grey’s Anatomy Star Adelaide Kane Brings Clarity To Celebrity