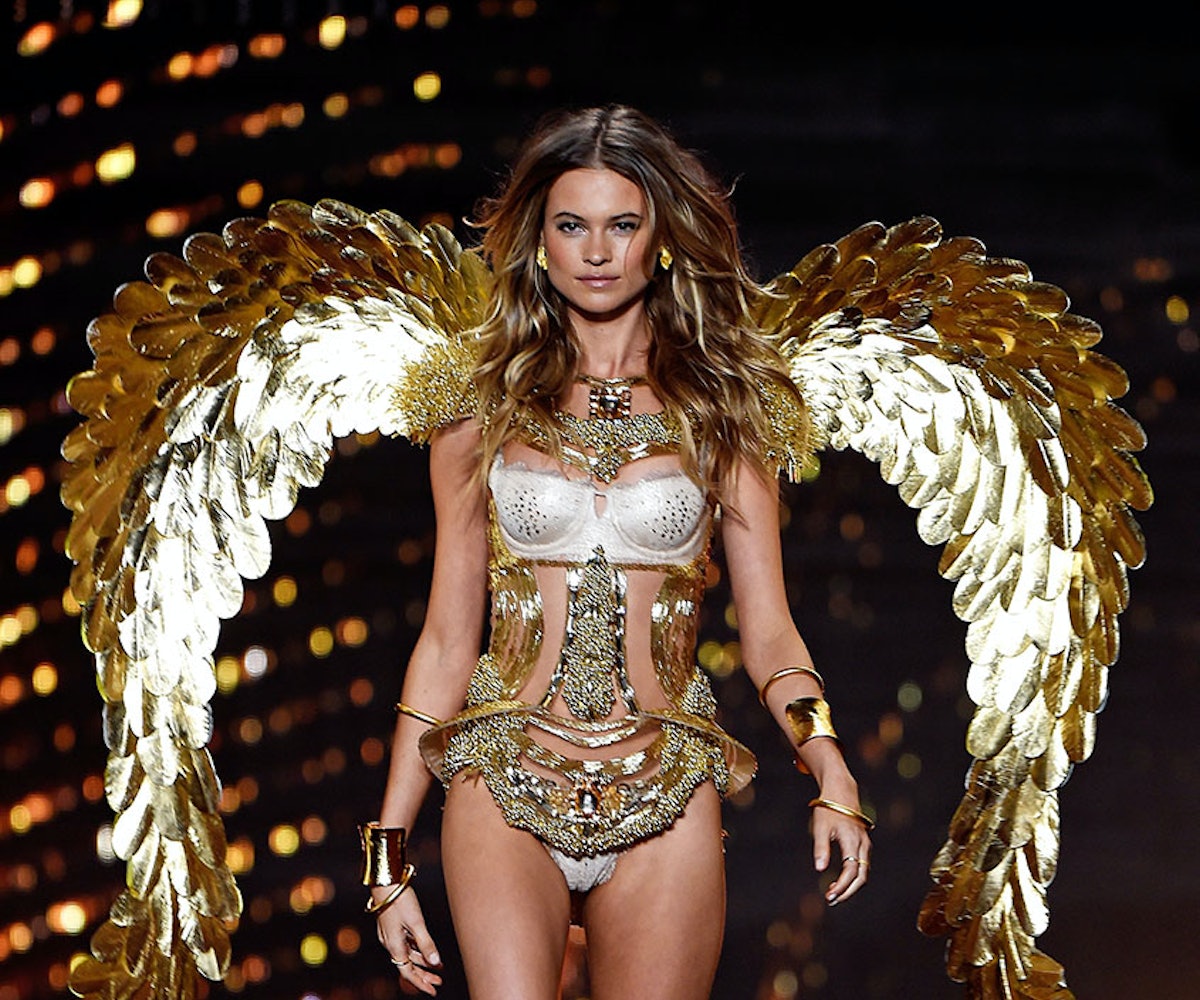 Take a group of gals, fly them across the Atlantic, and keep them in close quarters, and you more or less have the world’s most glamorous supermodel slumber party. It’s only natural that hijinks would ensue. And, when asked about which Angel held the title of resident class clown, the girls had but one name on their lips.

“The class clown…I would say is Behati,” Lily Aldridge agreed. “She’s just fun. She has such a fun spirit and is just the coolest. She’s hilarious and is always down for a laugh.”

As if on cue, Prinsloo burst into laughter as she made her mark on the “London is…” graffiti wall. Armed with a can of red spray paint, the newlywed model threw out suggestions “London is calling?” before settling for “sexy,” adding an exclamation point for extra emphasis.

Back in the makeup chair, the Namibian-born beauty played coy about her playful reputation. “I want to know why they think that [I’m the class clown],” she said, clearly pleased with the title. “I don’t know. I guess I like to have fun and laugh a lot.”

Were the Angels up all night giggling into their pillows? “Oh, no,” Prinsloo said. “But I may have been practicing my walk in my room.”