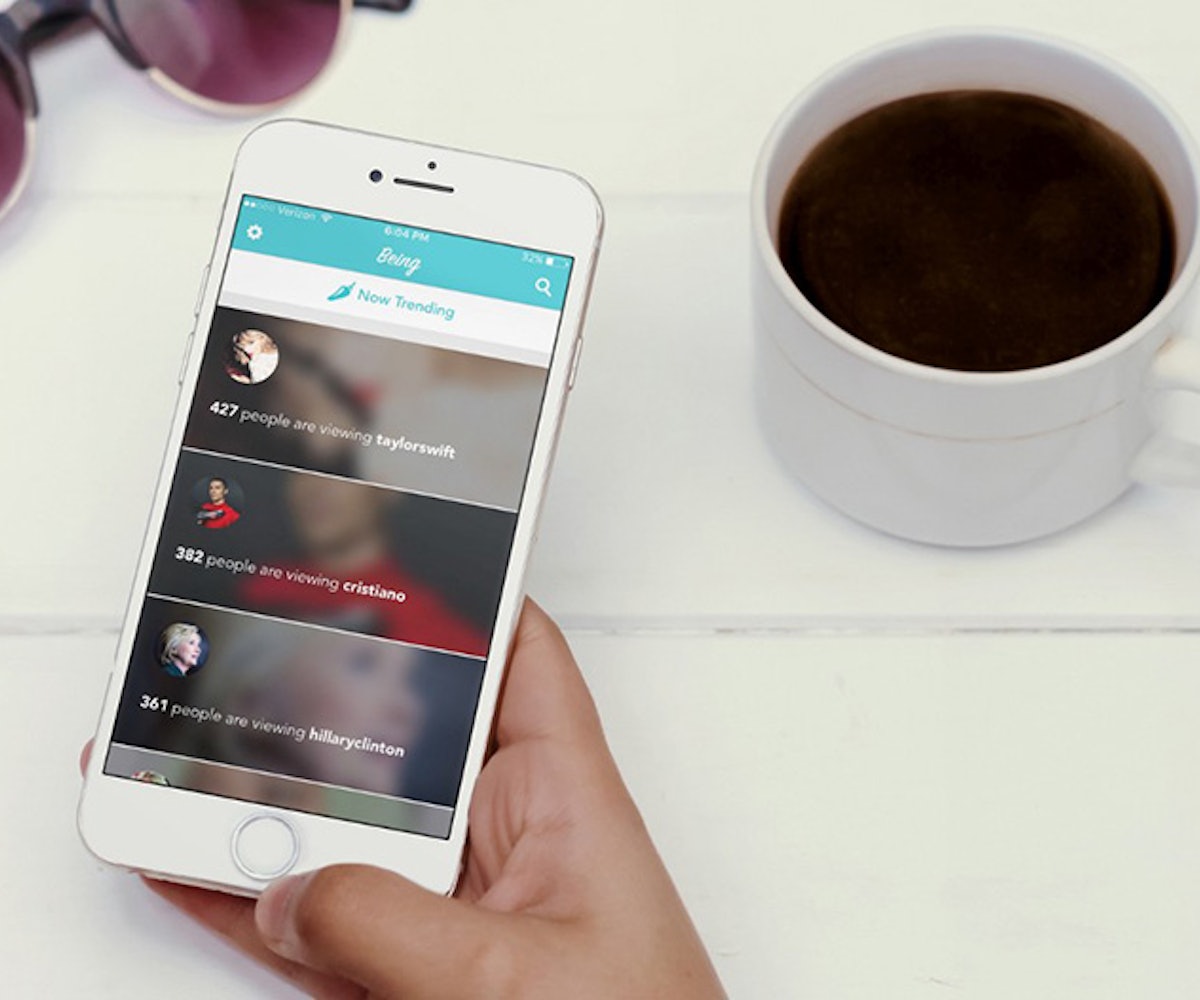 Photo courtesy of Being.
fb
tw

Instagram is to me now, what Tumblr was to me two years ago. Thumbing is the new scrolling, but I still wonder what it must be like to be one of the famous people I follow. Like, what are their feeds like? What do they double-tap? Do they even look at their feeds or is it some assistant? Why am I even using precious brain cells to think about these clearly, very important things? Regardless, when I first caught wind of the app Being, I was intrigued.

Marketed as "an iPhone app that enables users to see what Instagram looks like through the eyes of another user," it enabled you to view the feed of any famous person. Well, just as long as that person's profile was public and let's be real, most of 'em are. (Thank god!) So I downloaded it and proceeded to become Kim Kardashian West, Taylor Swift, Lady Gaga, Bad Gal RiRi, and more. It wasn't as addicting as I thought it would be, but I enjoyed seeing the kind of content these famous people potentially liked. I put it away for the better part of this last weekend, intending on letting its afterglow inform my review of it. Well, now there's nothing to review because it's gone.

While I was letting my thoughts simmer, Instagram was busy making sure the app couldn't function the way it was designed to. The International Business Times UK reports that Instagram has blocked Being's access to its application programming interface (API). Jennifer Sinski, a Being spokeswoman, told the publication, "The founder of Being, Adam Mashaal, discovered that his app's access to Instagram's API had been disabled. Adam and the Being team are investigating the issue but have not heard anything from Instagram as to whether this was intentional." This happened February 25, 2016. Of course, I should have seen this coming. How is an app that essentially makes a private viewing experience public okay? You could argue the element of discovering new content and inspiration as some sort of leverage, but without the consent of the Instagrammers, that argument isn't strong enough.

Oh well. All things—both good and bad—must come to an end. Life goes on. The world still spins and Kim Kardashian still takes selfies. Only now I, and the nearly 50K users Being had before it disappeared, can't see the world through her eyes. Next time, though, I'd like to not be ghosted by an app. That's just, like, a new low for me.