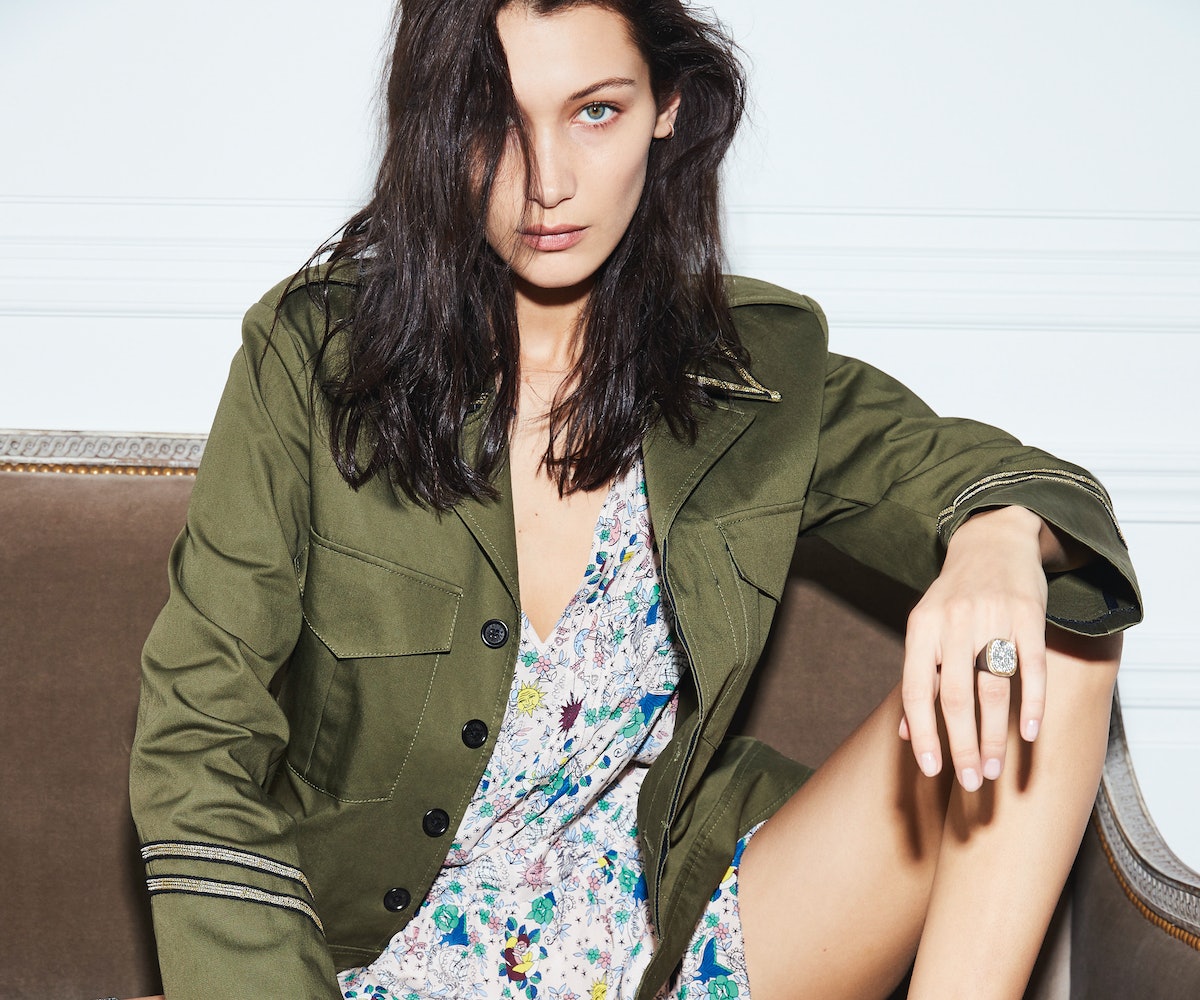 What does a Parisian cool-kid brand do to celebrate its 20th anniversary? Tap the Hadid sibling empire to star in their campaign, of course.

For Zadig & Voltaire’s new spring campaign, both Bella and Anwar are captured rocking the latest offerings (and further proving that good looks run in the family). Bella dons everything from sequined trousers to floral prints, while Anwar schools us in spring outerwear. The two star alongside other It Kids, DJ Clara 3000 and model Vera Van Erp.

A little less than a year ago, Anwar Hadid decided to follow in the footsteps of his sisters’ success, signing to IMG and launching his career in modeling. Being that he’s now heading campaigns with his sister, in addition to already having a cover under his belt, we’re pretty sure we’re about to see his face everywhere. Like, Gigi and Bella everywhere.

Click through below to check out the full campaign.