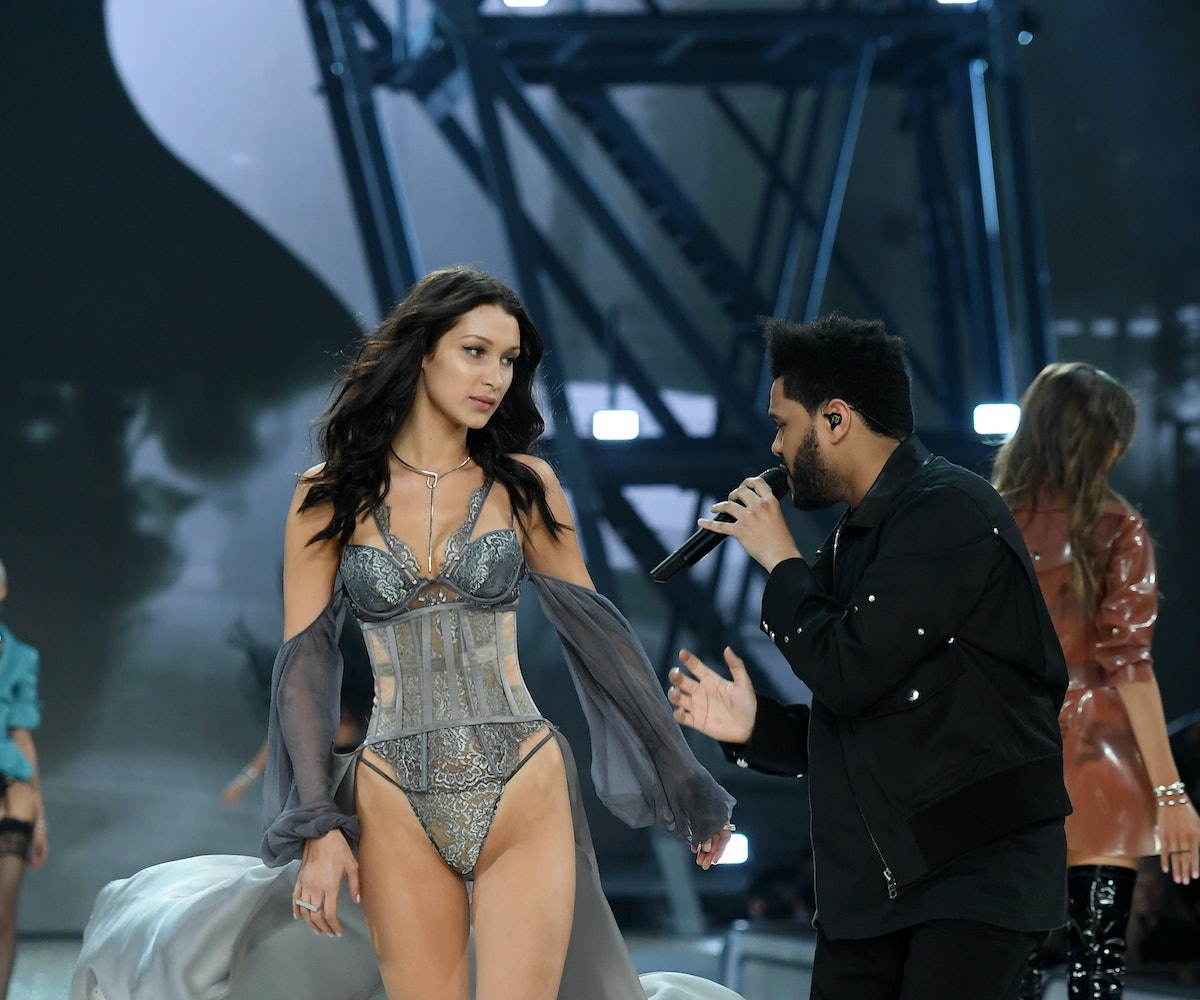 Deja vu is a creepy feeling whenever it strikes, but it's made all the creepier when you find yourself reliving a moment that involves a former flame. But that's exactly what keeps happening to Bella Hadid, who has had yet another runway run-in with her ex. The 20-year-old model was in the middle of strutting down the catwalk for H&M Studio's SS17 show at Paris Fashion Week while The Weeknd performed on an elevated stage behind her.

This time at least, sister Gigi was by Bella's side, so she had some emotional support throughout the brief encounter. As per usual, Bella handled it with grace while holding her sister's hand. Instead of dancing in the mosh pit with the other models, she remained composed, or, as one writer on the scene described, showing "little emotion."

But just because Bella performed like the ultimate professional, it certainly doesn't mean she's not full of feelings; the model touched on the aftermath of her breakup in a recent interview with Teen Vogue last month. "As an outsider, you might think I handled it so well, but it’s always in your heart, and you always feel it very heavily," she said. "It’ll be hard for a while. Love hurts, but you have to pull through.”

The Weeknd is sort of dating Selena Gomez now, but we're still convinced that it's a publicity stunt. Anyway, kudos to Bella for keeping her composure on the runway. It probably really sucks that her ex keeps getting booked to perform at these shows for an added element of drama, but what better way to get over someone than to encounter them in a professional setting? This is a lesson in how to be a boss.