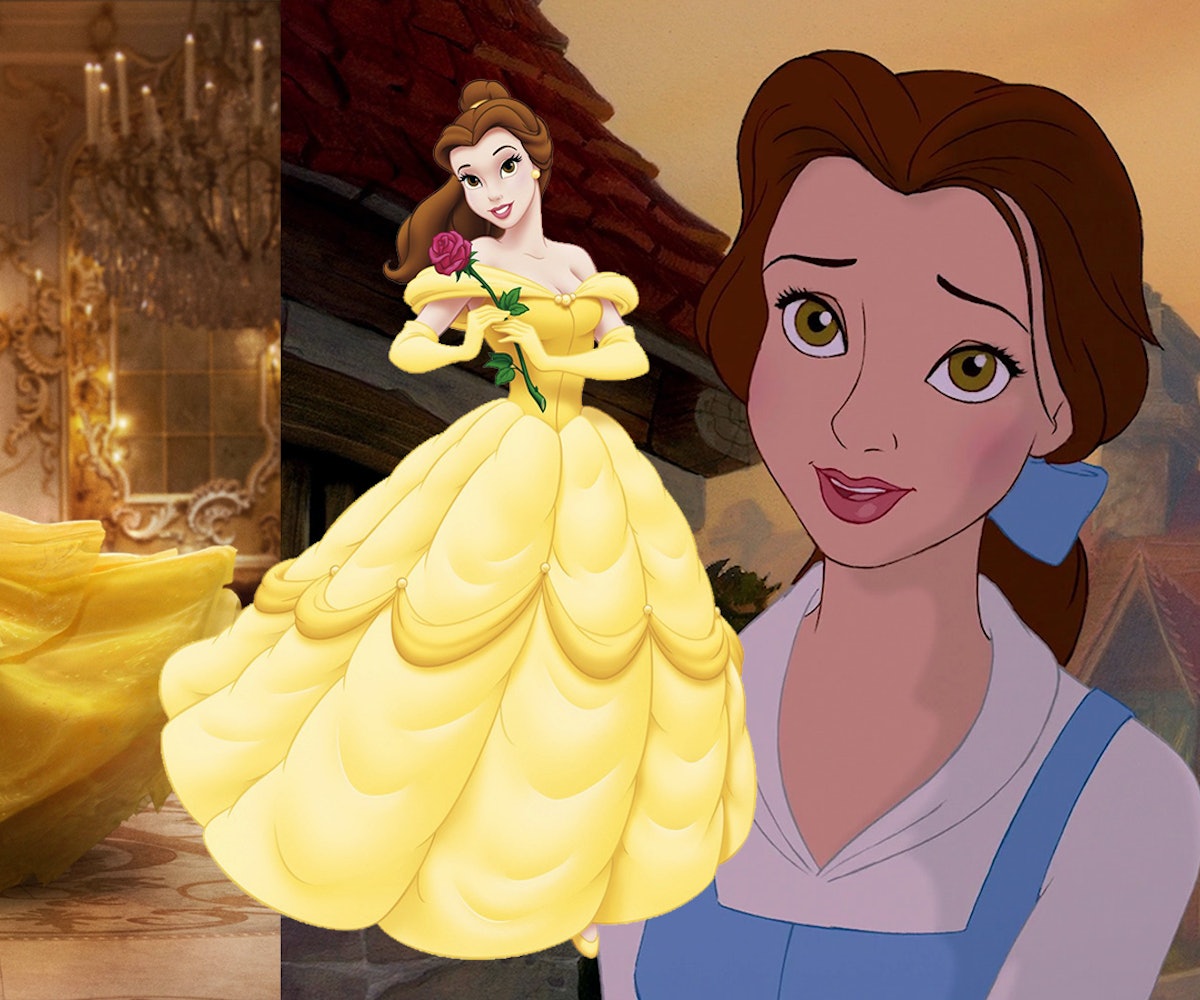 Of all the Disney princesses, Belle is, according to a casual Google search, the most "relatable." She's the internet's favorite feminist princess because she takes the whole damsel in distress thing and turns it into something empowering. Sure, she falls in love with a talking animal but, hey, this is the future the liberals want. Belle doesn't fawn over the brawn and cockiness of Gaston. Belle is literate! Belle risks her life for her father and sees the good in the shattered masculinity of a man once too aloof to help a woman in need. Belle is #woke.

With the release of Disney's latest live-action adaptation of its animated classics, Beauty and the Beast, coming this week, expect there to be many close reads of Emma Watson's portrayal of Belle. She, herself, has teased a "feminist twist" of the iconic character. (Why does Belle like books so much? Why is she so over the provincial life? Watch to find out!) It is rather fortuitous Watson is bringing the character to life, too. Hermione, her Harry Potter character, reveled in her intelligence and curiosity—much like Belle does—even when men tried to diminish it. But is curiosity, wit, and book smarts enough to be a good princess? What about the fact that she voluntarily imprisoned herself? Is her love for the Beast Stockholm Syndrome, or is it a true Disney romance? Why can't we just have nice things and let her live? My head hurts like LeFou's after getting sidekick-style clocked in the noggin' by Gaston.

The debate over what Belle represents and says to Beauty and the Beast's audience is divisive at its best, with its naysayers truly doing the most to discredit screenwriter Linda Woolverton's work on the 1991 original. In an interview with TIME, Woolverton recalls the fights she had with her team over Belle's independence to "see beyond the hairbrush." As it turns out, Woolverton and Howard Ashman, the original's lyricist, envisioned Belle as a new kind of Disney heroine, one whose dream isn't to get hitched and settle down in domestic marital life. "I just didn’t feel like that’s the message that we wanted to move into the next century with," she says. "And that’s the Disney heroine that I grew up with." But despite her goal to push Disney's female narrative beyond the traditional male/female gender role binary, Woolverton was initially met with a storyboard that firmly placed Belle in a space and situation akin to one you'd find in 1950s storytelling: the kitchen. Yet Woolverton fought this depiction, and eventually, she and the team settled on Belle being a bookworm, one who was intelligent and tired of being stuck in a small town with a limited view of the world and human possibility.

But while Belle is, indeed, the thinking woman's protagonist, she still winds up like every other princess: with a prince in a nice castle. This shouldn't come as a major surprise, maybe, considering she says her favorite book is about "far off places, magic spells, sword fights, and a prince in disguise." (Many have thought this to be Sleeping Beauty, a story in which the female lead can only be awoken by true love's kiss, who just so happens to be a prince. There's also the theory that it's narrative foreshadowing for Beauty and the Beast's story.) Wanting marriage and being a feminist are not mutually exclusive by any means, but it does complicate Belle's independent persona "I just wonder if Belle shouldn’t have backpacked across the South of France or pursued an M.F.A. in writing before settling down," Michelle Ruiz writes for Vogue. "Won’t she regret never having those grand adventures someday?"

Unfortunately for animated Belle, she, like many of her other Disney princesses, doesn't get a full backstory, and it's never explained exactly why she hasn't just left town already. However, we'll be getting that this time around with Watson's portrayal, which came about after the actress questioned Belle's motives. So, perhaps Belle's fantasy princess romance isn't born out of the prince-saves-princess status quo, but rather from a worldly desire for intimate human connection because she's comfortable enough with her strength and intellect to engage another person, even if that person happens to be a human under a dark spell. It is, after all, her kiss that saves the man and not the other way around. Talk about girl power.

NEXT UP
Entertainment
On "Princess Diana," Ice Spice Beats The Memes
Entertainment
Samia On 'Honey' & Saying The Ugly Part Out Loud
Culture
6 Shows To Binge Once You've Finished 'The White Lotus'
Entertainment
Gracie Abrams & Gia Coppola On The Joy Of Free-Flowing Collaboration
Style + Culture, delivered straight to your inbox.