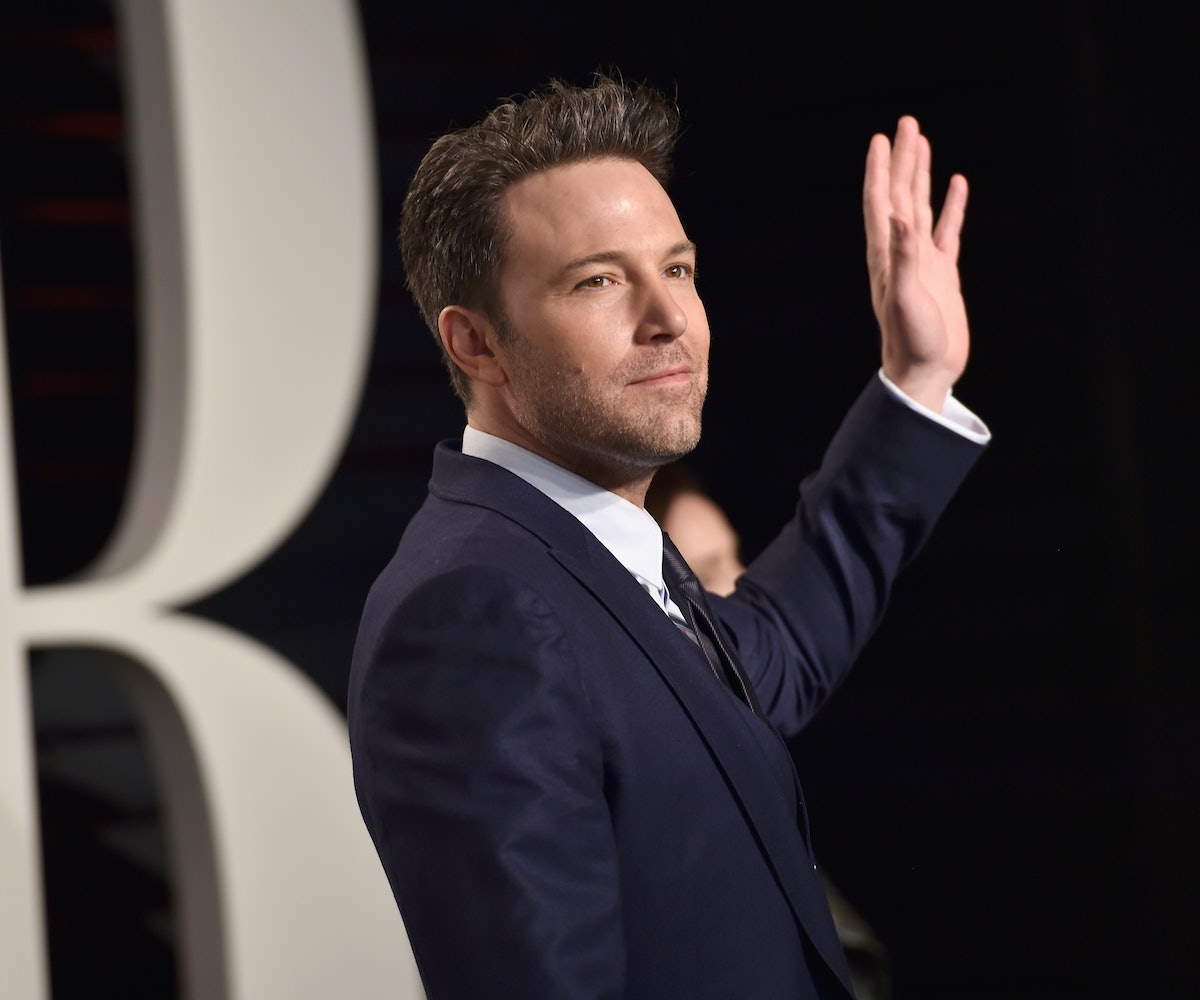 Just like #thedress, the giant, hideous back tattoo spotted on Ben Affleck late last year united the Internet into two fierce camps: real or fake? E Online initially reported that the tattoo was real, and closeups of the ink seemed to prove it. Even exes Jennifer Garner and Jennifer Lopez both thought it was real, as did we. But, could you blame us? The faded-looking colors and what looked like peeling skin were all indicative of a freshly healing tattoo, and many thought that the imagery coincided with recent events in the actor's life. Namely, the phoenix rising from the ashes was supposed to symbolize healing after his divorce from Garner last year.

But today, a day of reckoning, we finally have the truth. In a new interview, Affleck told Extra's Mario Lopez that the tattoo is "fake for a movie." No, don't expect it to appear in Batman v Superman—he was seen with it on the set of Live By Night, which he also directed is due out in 2017. So, what have we all learned here? Although Affleck does have other ink and even if it getting a giant back piece could totally be the midlife crisis thing to do, if it looks like a fake tattoo, it's probably a fake tattoo.