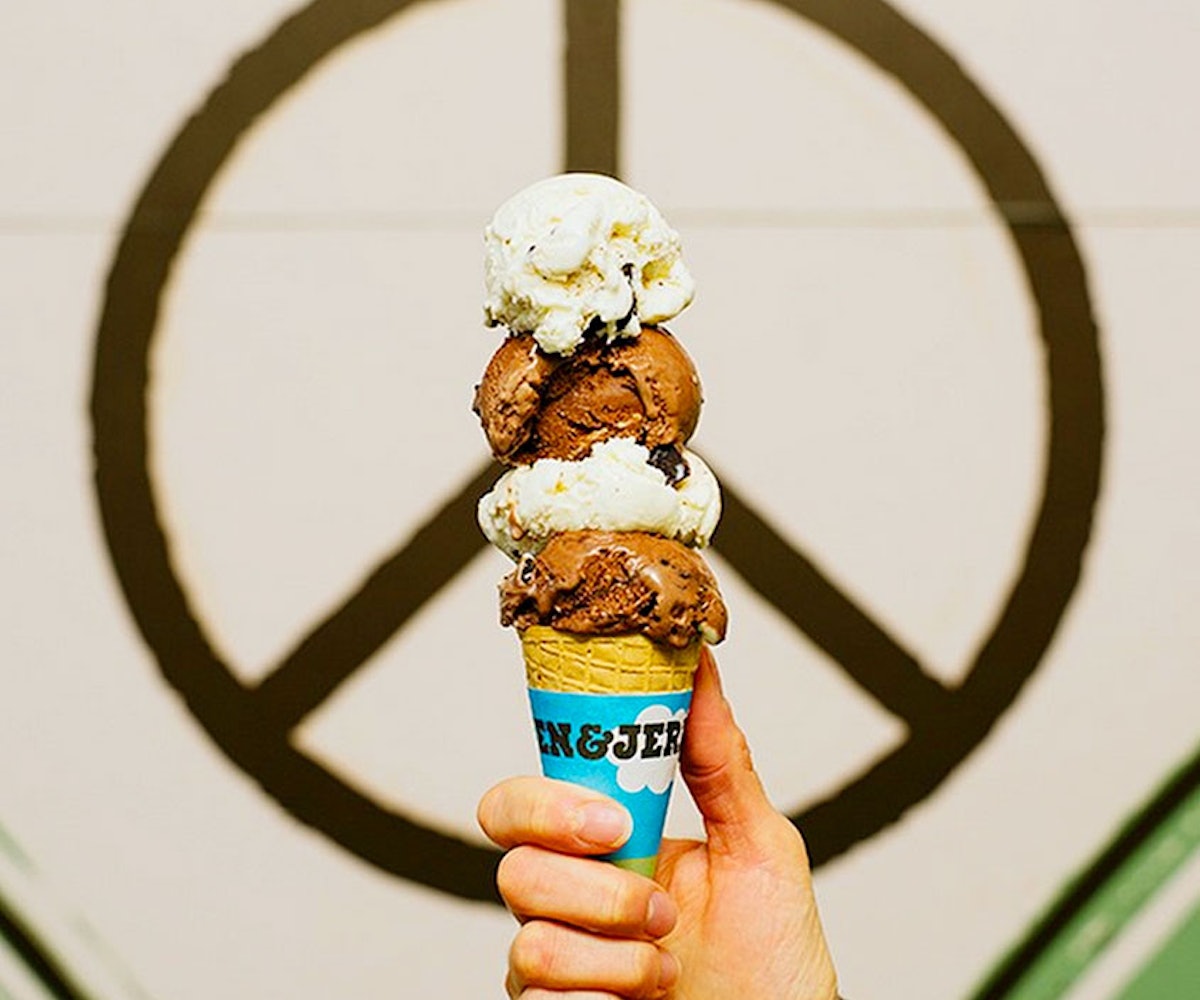 Vermont is no stranger to greenery—it is the Green Mountain State, one of the most environmentally conscious spots in the country, and a place where a deep-seated hippie culture has created an undying demand for foliage of a more inebriatory nature. So it makes total sense that the state's main dessert manufacturer, Ben & Jerry's, is open to making marijuana-infused ice cream as soon as it becomes legal.

Though they've been known to hang out from time to time, weed and ice cream's souls have not yet merged on a commercial scale. But, considering that it is 2015, it's only a matter of time before the two come together to give you the most intense sugar high ever.

Known for their history of progressivism—namely their support of gay marriage and use of non-GMO ingredients—the duo co-founder Ben Cohen told HuffPost Live, “Makes sense to me. Combine your pleasures."

“Ben and I have had previous experiences with substances,” added his parner, Jerry Greenfield.

Though the two have offered up a few prospective flavors—"Satisfy My Bowl" and "Dave Matthews Band Magic Brownies Encore Edition" for a starter—we feel like we could do a better job at naming them, provided there are samples sent our way. Just let us know, B&J!