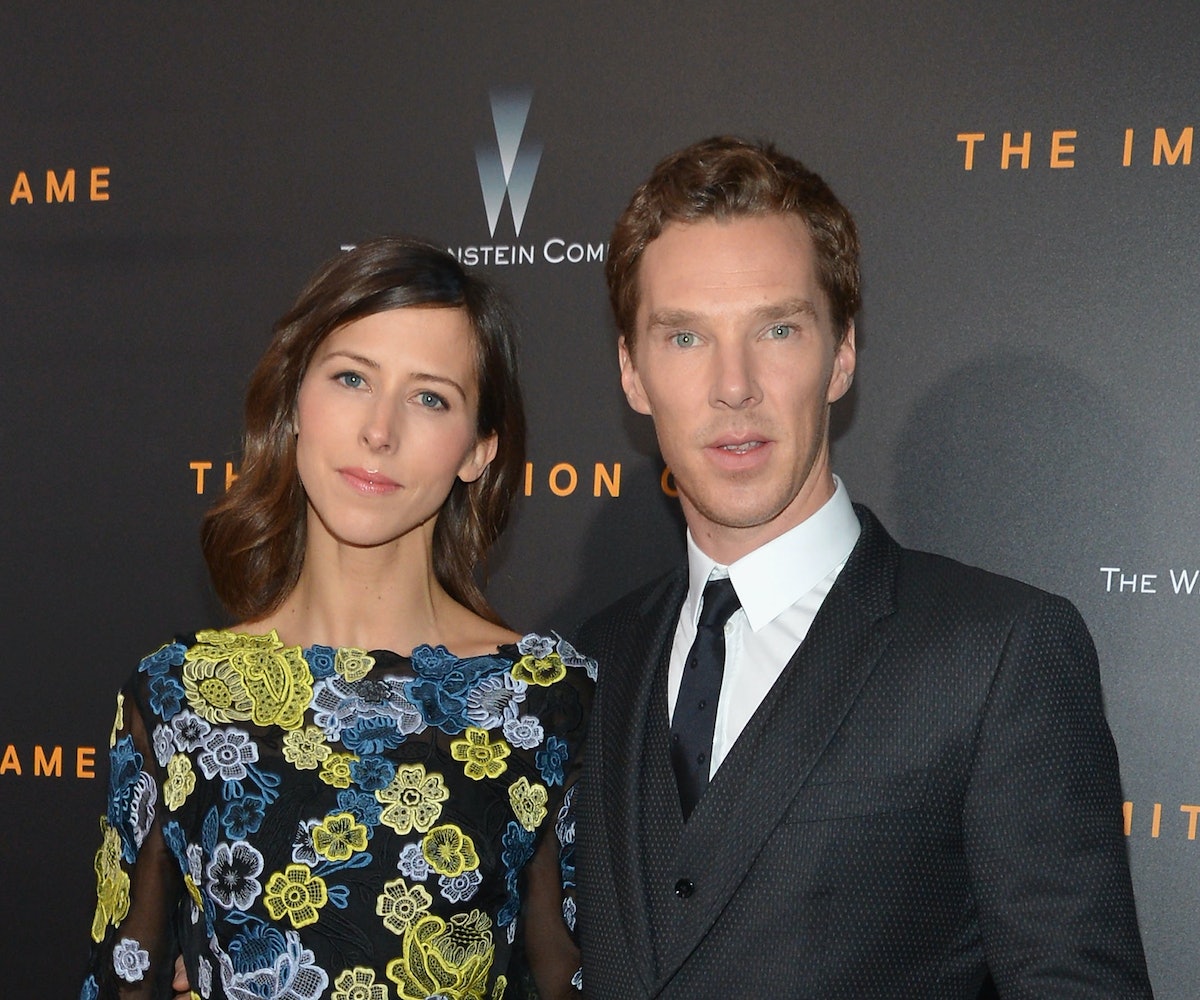 Men all over the world were collectively shaking their heads in defeat Saturday, as details of Benedict Cumberbatch and Sophie Hunter's wedding emerged. With the reportedly storybook Valentine's Day nuptials, Cumberbatch didn't just change the romance game — he flat out obliterated it.

The small ceremony unfolded at the kind of venue that only exists in Jane Austen novels, a medieval church nestled in England's bucolic countryside. According to People magazine, St. Peter and St. Paul's Church in Mottistone, on the Isle of Wight, is "maintained by the National Trust and was first mentioned in the Domesday Book, which was completed in 1068." Some parts of the site are said to date all the way back to the 15th century, the magazine added.

It's been a whirlwind romance for the couple, who became engaged last November, and announced that they were expecting their first child together soon after. Turner — a theater director — is said to have close ties to the area, which for all intents and purposes sounds a lot prettier than where I intend on spending my Valentine's day: alonesville.