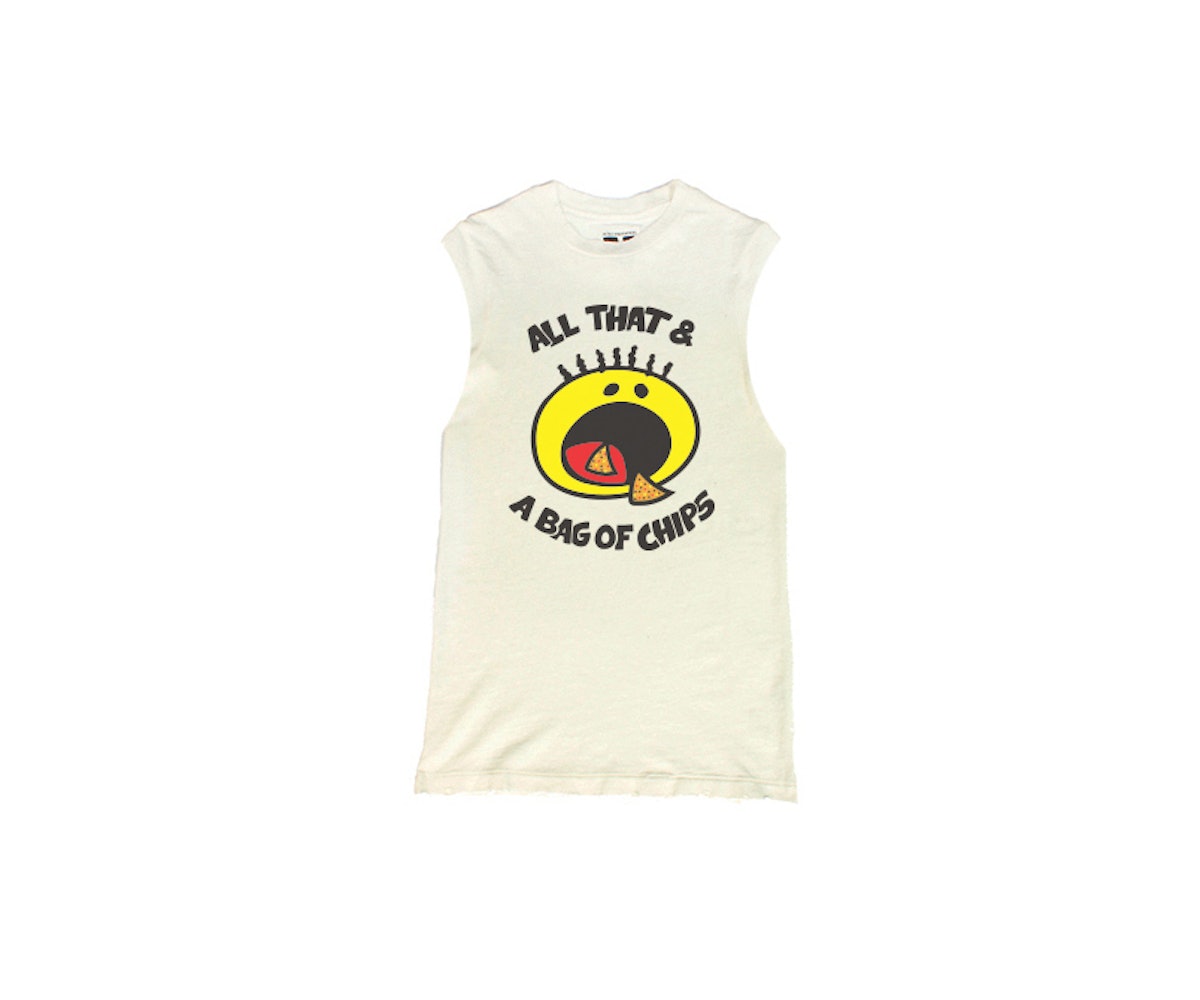 From the runways to our playlists, the '90s are undeniably, indisputably back.

But while I've got my platform loafers and denim overalls to pull on, I've noticed a real dearth when it comes to '90s lingo. Come on, don't roll your eyes, you know and love a few of those phrases that we loved to utter mid-decade. Now, I'm not saying they all should come back--because that would be annoying--but I think it's cool for us to pick one that we revive come 2014. I've spent a lot of time doing research, and here are my top picks (there's even one that you can wear--pick up this Petals and Peacocks tank). Check them out, and then let us know on Twitter and Facebook which you'd most like to bring back. And if you don't like any of them? Whatever.

The Phrase: "All that and a bag of chips."

Why: Because is a bag of chips really that good? Apparently.

The Phrase: "Whoomp there it is."

Why: I like to think of this as the original "mic drop" (or, before that, "boom!"). Say it when you unveil something major...and then leave the room.

Why: Because sometimes you don't have the energy to properly pronounce "the."

Why: Saying "sorry" is boring.

Why: Not just because we love Seinfeld here in the NYLON office, but also because it's way more interesting than just saying, "blah, blah, blah," when you want to skip telling part of a story.

The Phrase: "Raise the roof!"

Why: So uncool that it's suddenly cool again? You decide....