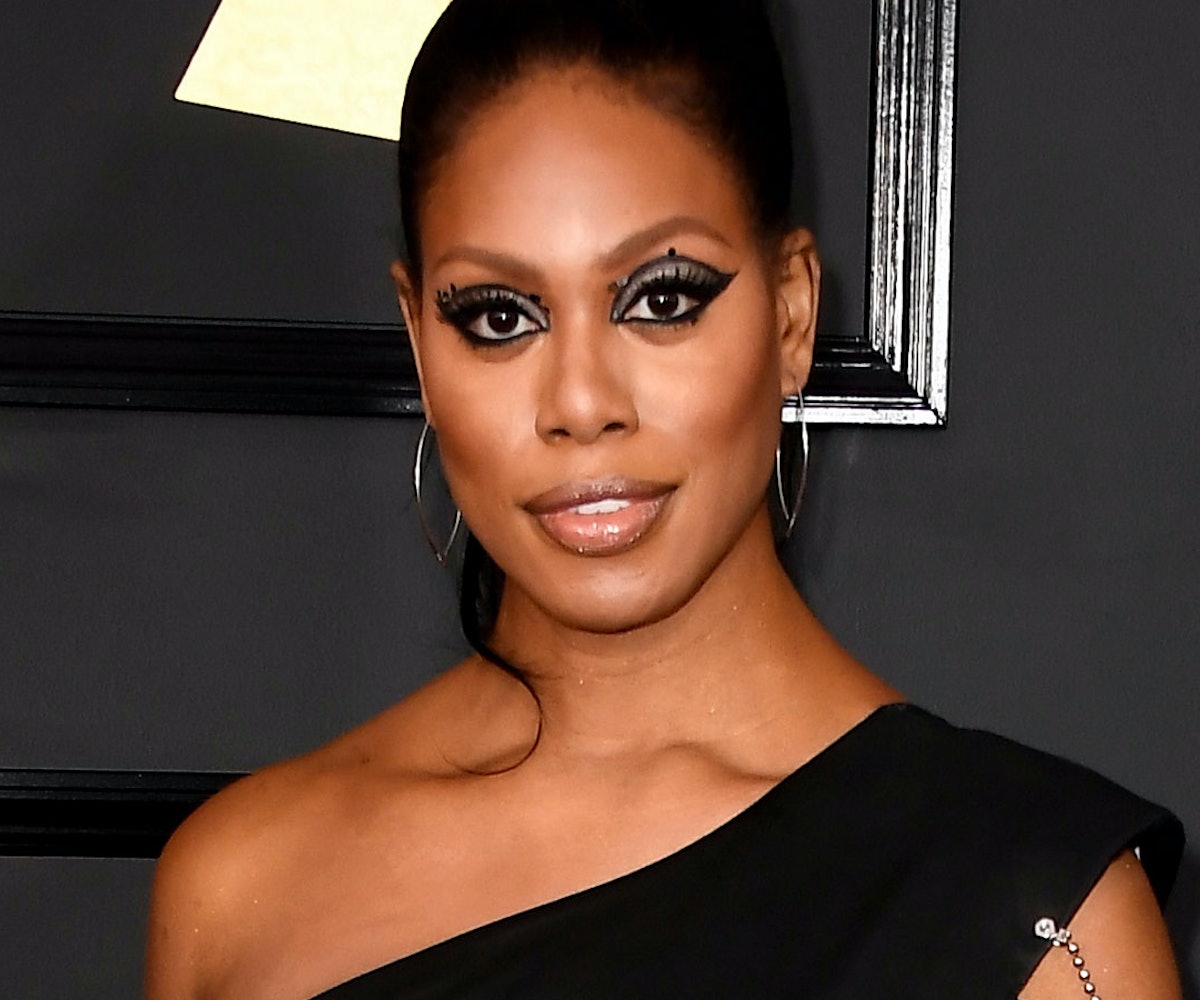 Beauty looks tend to come second to the fashion during award shows, but that doesn’t mean they don’t deserve a separate shout-out of their own. They do! And we’re here to give the Grammy artists who came to show out via their makeup and hair looks a spotlight.

There were plenty of awesome makeup moments, including a stunning smoky eye from Laverne Cox and a glitter red lip from Kat Graham that likely went unnoticed by most. There were also a lot of new haircuts and colors that made their way to the red carpet. Katy Perry revealed her new blonde do, Lady Gaga showed off some pink streaks, and Taraji P. Henson has us thinking about going through with getting that bob cut.

Ahead, we round up our other favorite beauty moments from tonight’s 59th Annual Grammy Awards.

The higher the hair, the closer to God, as they say.

Kat Graham’s glitter red lip is the most underrated beauty moment of the night.

Tori Kelly makes a stellar case for matching your green getup with a bright pink lip.

We saw pink-red eyeshadow make a glimmer of an appearance at the Golden Globes, and we’re happy to see Tinashe bringing the look over to the Grammys, also.

We’d like to be laid out on whatever island Rihanna was just laid out on. That glow!