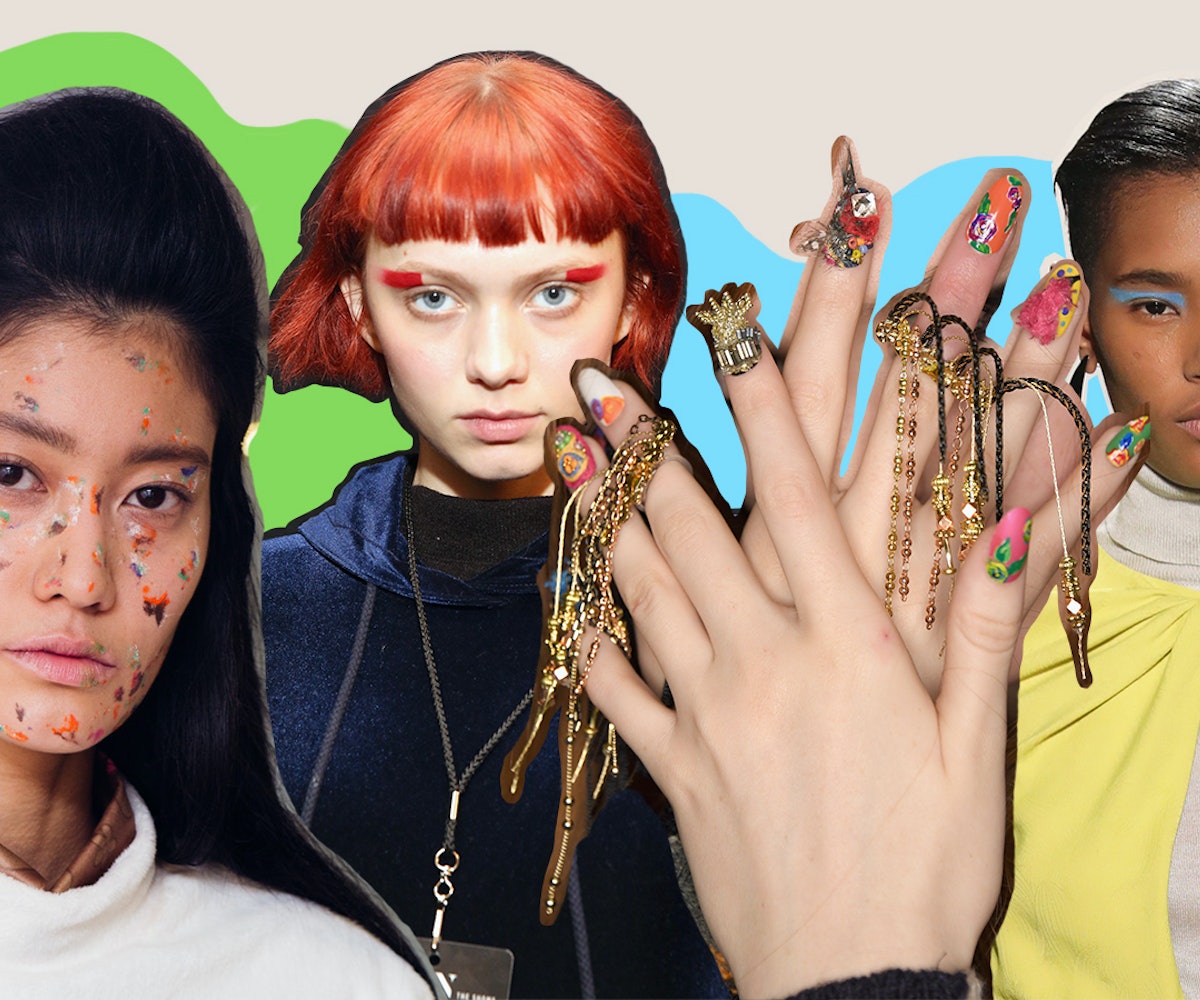 When it comes to New York Fashion Week, the beauty looks sent down the runways are just as important as the collections themselves. We get insight as to what will be trending for months to come and, unlike the clothes that we have to wait months to see in stores (that is, for those who haven’t jumped on the See Now Buy Now bandwagon), we can try these looks out for ourselves, right away.

This season, we found that a ton of designers chose to stick to pretty minimal beauty. The skin was left fresh and brightened and barely touched, while hair was slightly tweaked to be its best, natural self. While we’re all for a more natural look, we do love a little bit of excitement when it comes to our personal beauty routine—and, luckily, a select group of designers chose to take that route, instead.

Below, we rounded up 14 killer beauty looks that we just can’t get over. From gravity-defying hair to powerful pops of color, these are the wildest looks to hit the New York runways. Treat this as your inspiration the next time you’re getting ready for a night out—as these are definitely not your everyday looks.

M.A.C gave the Jeremy Scott gang multiple looks for the show, but our favorite would have to be this golden tea. Don’t we all wish we could cry pure gold?

We saw some major height over at Gypsy Sport via Bumble and Bumble.

We’re not sure what we’re more obsessed with from Eckhaus Latta’s show—Bumble and Bumble’s glorious cone-shaped voluminous hair, or Guerlain’s paint-splattered faces.

We saw the glitziest mosaic nails by KISS backstage at Naeem Khan.

Tears were certainly on trend this season, and M.A.C created a gorgeous, shimmering version at Christian Siriano.

Oribe reimagined the victory roll on the A Detacher runway.

At Jonathan Simkhai, models’ eyes were dotted with pearls accompanied by a vampy lip, by Maybelline.

These nails by CND are literally out of this world. Practical? Maybe not so much, but who cares?

Menswear-inspired lips and brows were all the rage at Thom Browne.

The cutest double buns marched down the runway at Anna Sui, courtesy of R+Co.

China Glaze came up with the electrifying nails for Hayley Elsaesser’s presentation.