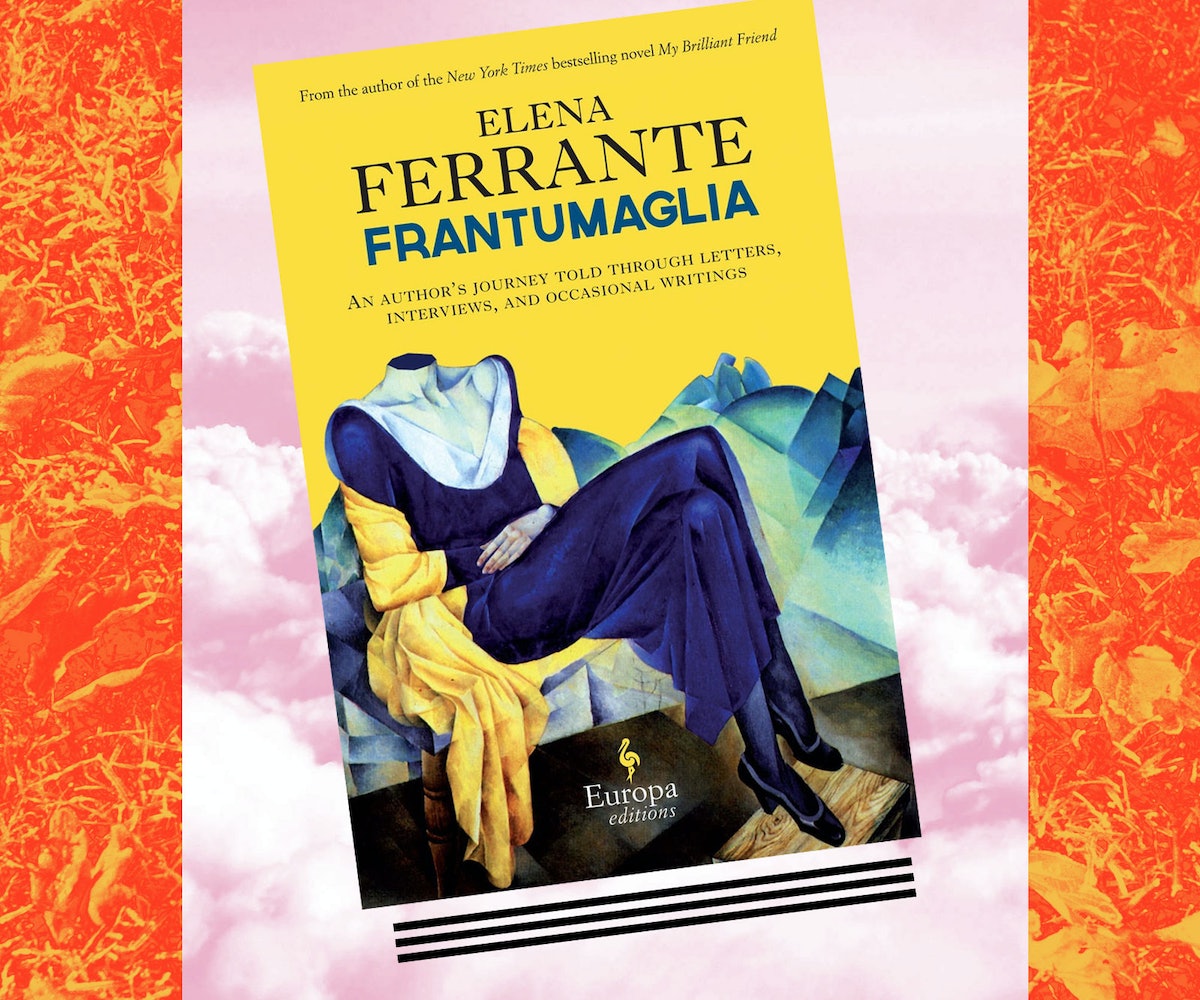 So here we are, just a few days away from Election Day 2016, and I don't know about you, but I'm planning on not watching one minute of political commercial-ridden television or spending one second on social media until it's all over. What I'm trying to say is: This is a great time to bury yourself in a book or two. Here, then, are the 12 books which you should lose yourself in this month. They'll help you forget that Donald Trump even exists. Well, maybe not, but a girl can dream, can't she?

Goren's charming illustrations make this one of the most delightful and heartwarming books we've read in some time. That her subject matter of choice is the most treasured of relationships—besties—makes it of universal interest. Goren manages to render those seemingly ineffable qualities that make the perfect bestie (think: common daydreams, what to name your never-gonna-happen band, or having a secret language) into gorgeous images that will leave you emotional and totally make you text your bestie with tons of emoji that would be inscrutable to anyone else except them.

This compelling, heartbreaking story detailing a parent's grief after the loss of a child is as beautifully rendered as it is devastating. The author is also a poet, and her gifts for lyricism and a morbid sense of humor are evident throughout, making the narrative all the more haunting.

Lawson makes a spectacular debut with this nouveau Southern Gothic collection of short stories, which grapples with issues like emotional entanglements, sprituality, gender identity, and sexuality in a smart, lucid way. It's abundantly clear that Lawson is set for a big literary future.

Murray is an expert at historical fiction, and this novel, in which she imagines the intimate lives of Irish revolutionary Roger Casement, and his friends, Herbert Ward and Sarita Sanders, is a prime example of her craft.

Ferrante Fever might not be listed in the DSM-V, but that doesn't mean it's not a real condition. For those of you who have it, there's no better book for you this month than this collection of the writer's letters, essays, and interviews, which spans 20 years and will allow you to have a truly immersive Ferrante experience.

Lest you think that these titular polar bears are metaphorical, think again. Tawada's surreal sensibility lends itself beautifully to this telling of the lives of three generations of a polar family who live within the confines of human society. But no matter how wonderfully strange this is, nothing about the subject's inherent weirdness detracts from its emotional strength and purity.

Anyone who's suffered from anxiety knows that it's a particularly paradoxical disease, because as much as serious anxiety is no laughing matter, it's also so sublimely absurd that it's hard not to laugh at yourself. Kinsman bravely and brilliantly captures the difficulties of dealing with anxiety, using her sharp wit and lucid prose to take readers on a journey into the depths of an anxiety-riddled mind.

First published in 1937, this slim novel has just been rereleased by Melville House with a wonderful forward by Elisa Albert. At first, it might seem like a classic tale of a woman betrayed (here, our heroine's husband cheats on her with her younger sister), but this is no simple sad woman narrative with a typical redemption arc. Rather, this book plays with the reader's sympathies and emotions, driving us to distraction and even rage on behalf of all mistreated women everywhere.

Writing to Save a Life: The Louis Till Story, John Edgar Wideman

Brilliant writer John Edgar Wideman presents his first nonfiction book in a long time, and what a masterful work it is. In it, Wideman examines the life and death of Louis Till, father to Emmett, who was just 14 years old when he was lynched for allegedly whistling at a white woman in 1955. Wideman was the same age as Emmett Till, and his personal connection adds an additional level of gravity to this book, which combines memoir, reporting, and speculative writing to create a true literary tour de force. While the tragic story of Emmett Till is well known, the twin tragedy of his father's death has never been so thoroughly examined.

Probably the most anticipated book of the month other than Zadie Smith's Swing Time (which I previously wrote about here), Chabon's Moonglow is an autobiographical novel, inspired by his experience talking to his deathbed-ridden grandfather, who regaled Chabon with tales of family lore and secrets he had never before heard. The narrative, then, spans decades, stretching from World War II through the Space Race and into the not too distant past. It's an inventive and transformative read, one well deserving of its early accolades.

Searching for John Hughes: Or Everything I Thought I Needed to Know About Life I Learned From Watching '80s Movies, Jason Diamond

Though you do not need to have grown up ceaselessly watching The Breakfast Club or Pretty in Pink or Planes, Trains, and Automobiles to enjoy this wonderful memoir by New York lit world mensch Jason Diamond, you will undoubtedly seek out all of John Hughes' classic coming of age films once you've finished Diamond's book. And truly, they make a good pairing, because, just like Hughes, Diamond has crafted a narrative that is both relatable in its arc—struggling misfit kid is on a quest to be understood, and ultimately and heartwarmingly finds his people—and singular in its ability to find the profound in the quotidian. It's a book about finding out who you are, the obsessions of youth, the pursuit of of dreams, and about coming of age.

How to Survive a Plague: The Inside Story of How Citizens and Scientists Tamed AIDS, David France

This wide-ranging account of the battle to stop the AIDS epidemic is one of the most powerful works on the topic to date. France details the tenacity of grassroots activists who worked tirelessly to find treatment for a disease that was ravaging their communities. Many of those who fought the hardest were themselves afflicted, and would never see the day when HIV would become a manageable disease, rather than an automatic death sentence. France tells this story both in broad strokes and by detailing individual stories, and never fails to impress upon the reader the seemingly insurmountable odds faced by the activists and scientists who were working for a cure. Almost every powerful institution, whether governmental or religious, tried to stand in the way of finding an end to the AIDS epidemic, but still, these people fought on. It's a powerful and humbling book—and an essential one.