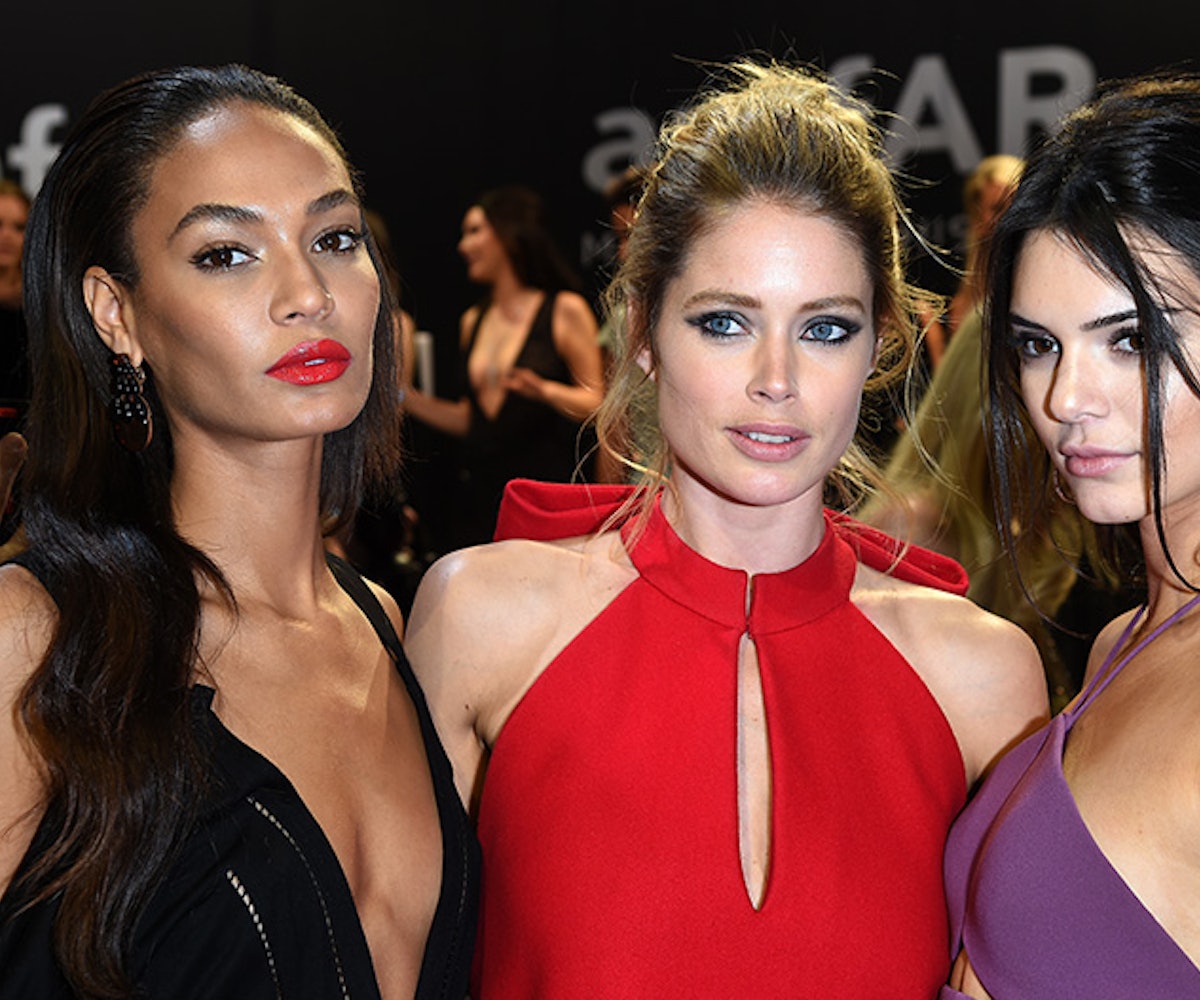 The Cannes Film Festival is about so much more than movie screenings and lavish red carpets. It’s nearly a fortnight of social gatherings fit for modern day royals and those who have an in. And in the age of Instagram, everyone does.

We’ve covered the 68th annual festival’s red carpet looks, but now let’s go into the parties—which are, perhaps, some of the best in the world. We’ll blame it on the location because, well, what’s more deluxe than sipping bubbly while gazing out at the yachts floating on the French Riviera? Ahead, 52 photos from some of the most opulent events in the world—including a few snaps from our own parties because getting down is something we most definitely Cannes do.

Zoë Kravitz and Jake Gyllenhaal at the amfAR gala.

Model Soo Joo managed to get everyone at her amfAR table to say, "Cheese!"

We had a blast hosting the premiere of Kat Graham's noir-inspired film series "Muse" at the Plage Royale.

Talk about a party scene.

Suddenly the (Jeff) Koons is in Cannes!

Hôtel du Cap-Eden-Roc was as photogenic as the crowd.

Mary J. Blige and Eva Longoria cheesin' for the camera.

Looks like someone got themselves into a game of iOS-free Heads Up.

Gigi Hadid shut it down with this look.

Here's lookin' at you, Jay Ellis!

The number one stunner, Kat Graham!

Katie Cleary giving us a lesson in how to nail the step-and-repeat pose.

Designer Kimberley Garner's frock is what Cannes dreams are made of.

Shading all the haters.

Now this is one fabulous Cannes couple.

Shoutout to Perrier and Absolute for keeping the NYLON x Bootsy Bellows Bagatelle pop-up at the Palms Casino party going.

The roof ain't on fire, but the bubbly sure was at the Bagatelle pop-up.

Why sit pretty when you can stand?

Ahem! Where can we find Nirav Mehta's blazer?

There are SO many things about this photo of Ferras, the first artist signed to Katy Perry's label, that give us big heart eyes.

Gotta toast before we...

Lupita Nyong'o's affair with flow-y dresses is our favorite thing.

Nikki Spielberg mixed prints and it worked so well.

Shanina Shaik was a magpie's dream.

Opulent doesn't even begin to cover it.

Can't let go of our Young Hollywood issue—even on the dance floor!

Joseph can have his technicolored dream coat because Markus Molinari, Bootsy Bellows co-owner, has found the ultimate one in gold.

Confetti for days at Gotha.

Ne-Yo shut the house down at Gotha Nightclub.

Until next year, Cannes. (We'll miss this view from Bagatelle.)