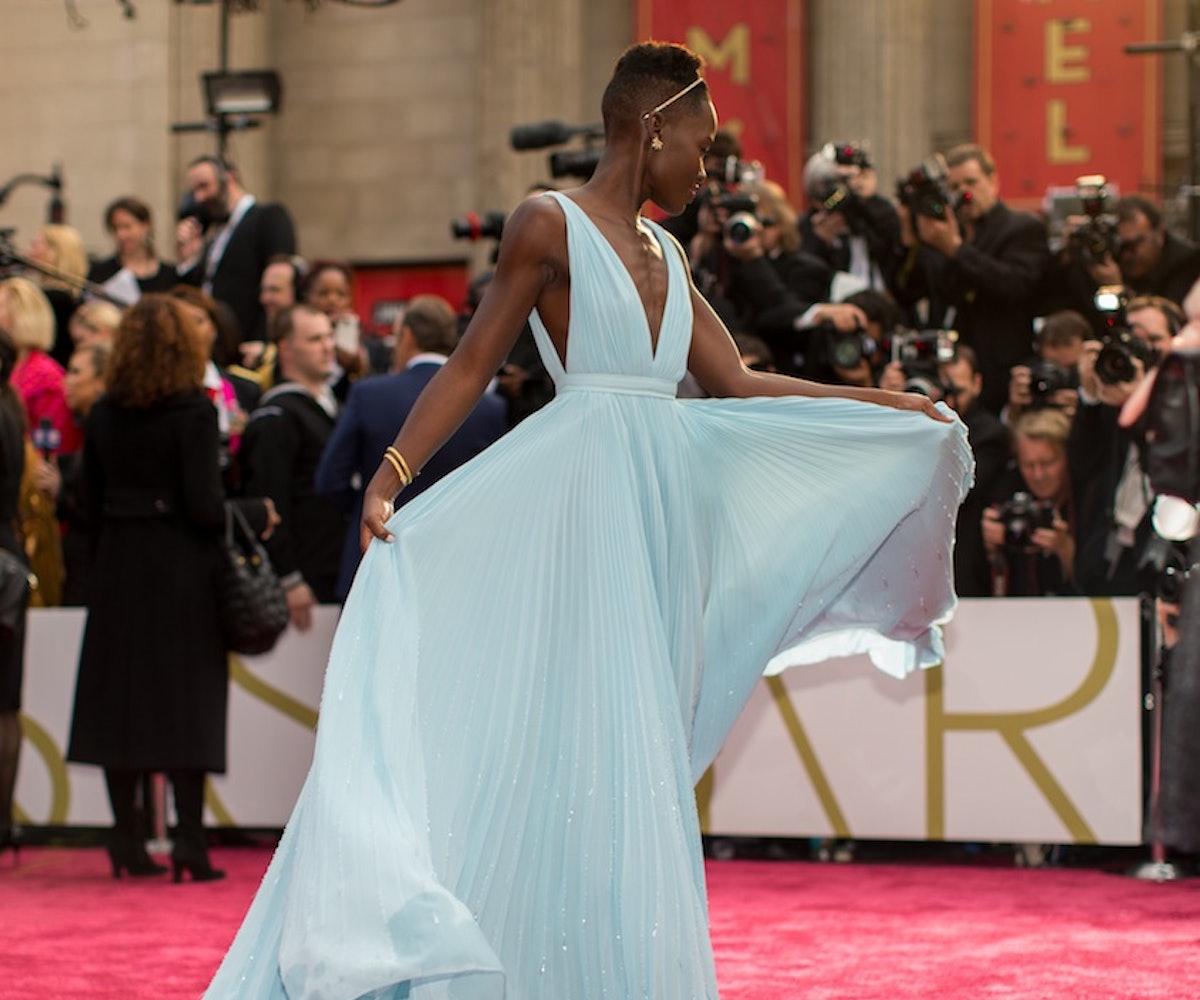 Google's most-searched fashion term this year might have been normcore, but that doesn't mean that we abandoned glamour altogether. From Solange's Kenzo caped wedding dress to the sky-blue Prada gown Lupita Nyong'o wore to the Academy Awards, 2014 has proved that although we are indeed moving towards more simplified, streamlined fashions in some ways, we're doing so in more stylized ways than ever before. Also worth noting is how stars have gravitated toward the illusion of showing skin, choosing to wear dresses with sheer panels and lace. Click through the gallery to see our favorite 25 looks from the year.

Lupita Nyong'o in Prada at the 2014 Academy Awards

Lupita Nyong'o in Ralph Lauren at the 2014 Golden Globes

Karen Elson in Zac Posen at the 2014 Met Gala

Suki Waterhouse in Burberry at the 2014 Met Gala

Rihanna in Stella McCartney at the 2014 Met Gala

Lily Aldridge in La Marque at the 2014 amfAR Gala

Janelle Monet in Tadashi Shoji at the 2014 Met Gala

Emily Blunt in Dolce & Gabbana at the Into The Woods premiere

Nicola Peltz in Prada at the Transformers: Age of Extinction Japan premiere

Beyonce in Givenchy at the 2014 Met Gala

Taylor Swift in Carolina Herrera at the 2014 Golden Globes

Zoe Kravitz in Balenciaga at the 2014 Film Independent Spirit Awards

Solange in Kenzo on her wedding day

Solange had the most indie wedding ever and this cape gown was only one thing we loved about it.

NEXT UP
Fashion
Olivia Rodrigo Wore a Sheer Slip Dress To The 2023 Grammys
Fashion
Apple Martin Is A Chanel Girl Now
Fashion
The Wildest Front-Row Looks From Couture Week In Paris
Culture
The Cutest Couples At The 2023 Grammys
Style + Culture, delivered straight to your inbox.