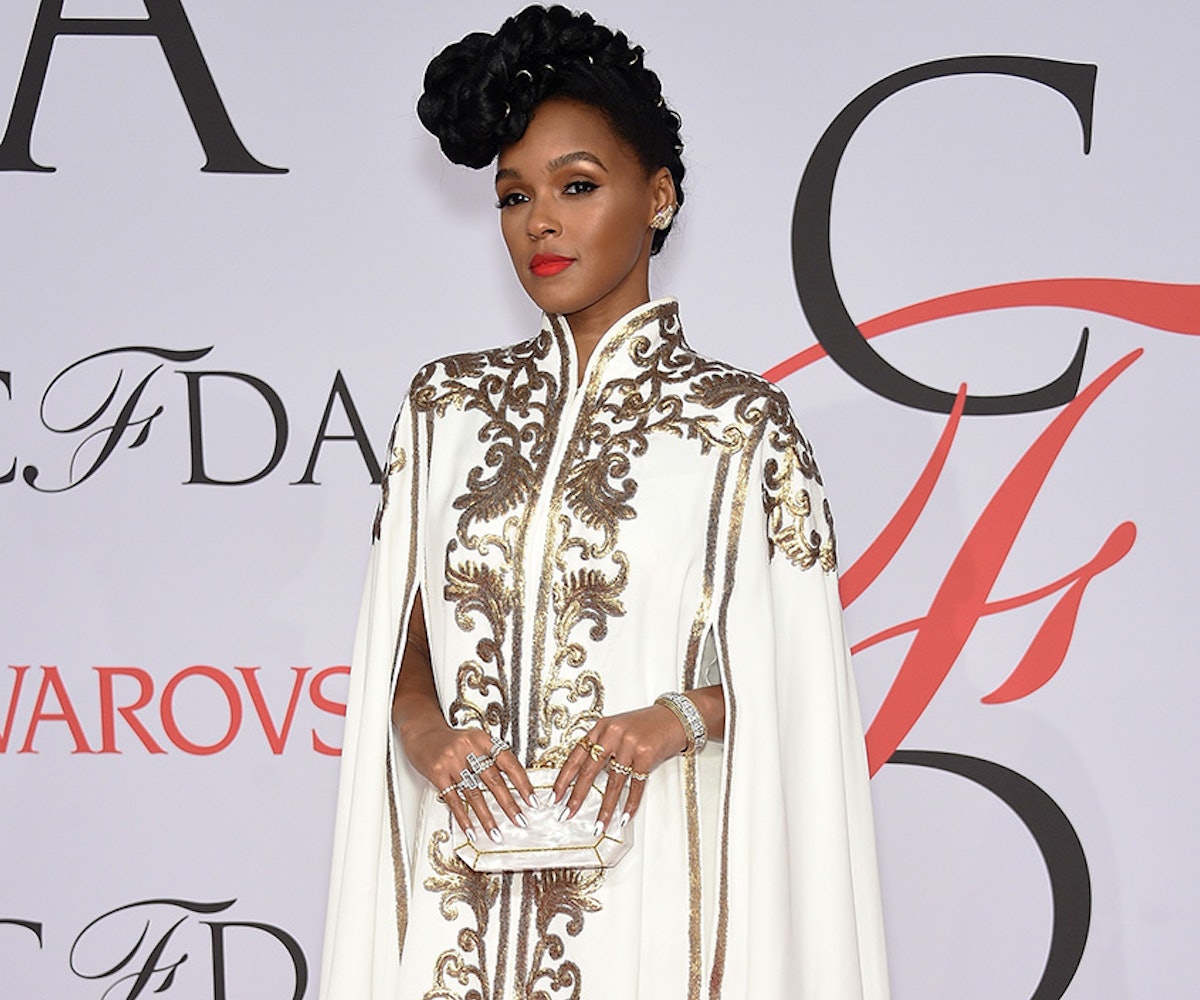 Last night, all of our favorite fashion intelligentsia came together for the annual CFDA 2015 awards. If you're not already familiar with the event, think of it as a yearly high school graduation of sorts, where the best and brightest of fashion come together to celebrate the newcomers and honor the legends. Naturally, it's a fierce competition for best-dressed with everyone looking their finest in seriously fashion forward looks.

Each year, the same celebrities and same designers deliver equally grandiose and innovative looks; James Corden, who hosted the event,

described the 'Oscars of fashion' bluntly as

"... Groundhog day, but with Swarovski."

From Mary-Kate Olsen's neck brace to Kim's fiery ensemble to

, fashion brought their A-game. Click through the gallery to see our favorite looks.

The sovereign of selfies stunned in her sheer, head-to-toe Proenza Schouler look (with child, mind you!). With Kanye West on her feathered wing, things really got hot. So hot, in fact, that

! Thank goodness Pharrell moonlights as both a Chanel model

a firefighter because he jumped in to put out the flames and save the day. In summation, it was lit.

Sheer, sparkles, floral, feathers, and a low plunge—it sounds like a lot to have one on dress, but the actress pulled off this Rodarte dress with a simplistic ease. Maybe there is no such thing as too much...

It's a bird! It's a plane! No! It's just Janelle Monae in custom Tadashi Shoji! For her first CFDA Awards, the budding soulful songstress

"... classically futuristic, unique, powerful, mysterious, and fun," even adding that she did indeed feel like a "superhero" in her stunning cape dress.

BINX WALTON in Hood By Air

Binx was the perfect accessory to 2015 CFDA Menswear Award winner Shayne Oliver, crushing any doubt that he could have taken home both mens' and womenswear awards last evening.

Talk about some serious Studio 54 vibes! The model sparkled last night in a gold Michael Kors jumpsuit that made us feel like we had been taken back to 1978, in all the best ways possible!

ANNA EWERS in Alexander WangThis mini was made out of over 500 Gold American Express cards. Our minds, hearts, and souls are blown. Bravo, Wang. Bravo.

Our favorite flower child became one with nature in this Rosie Assoulin two-piece. Kirke didn't stop the hippy vibes tulip shaped hemline and the white blooming earring—she was unapologetic in showing off her hairy armpit. YES, girl, yes!