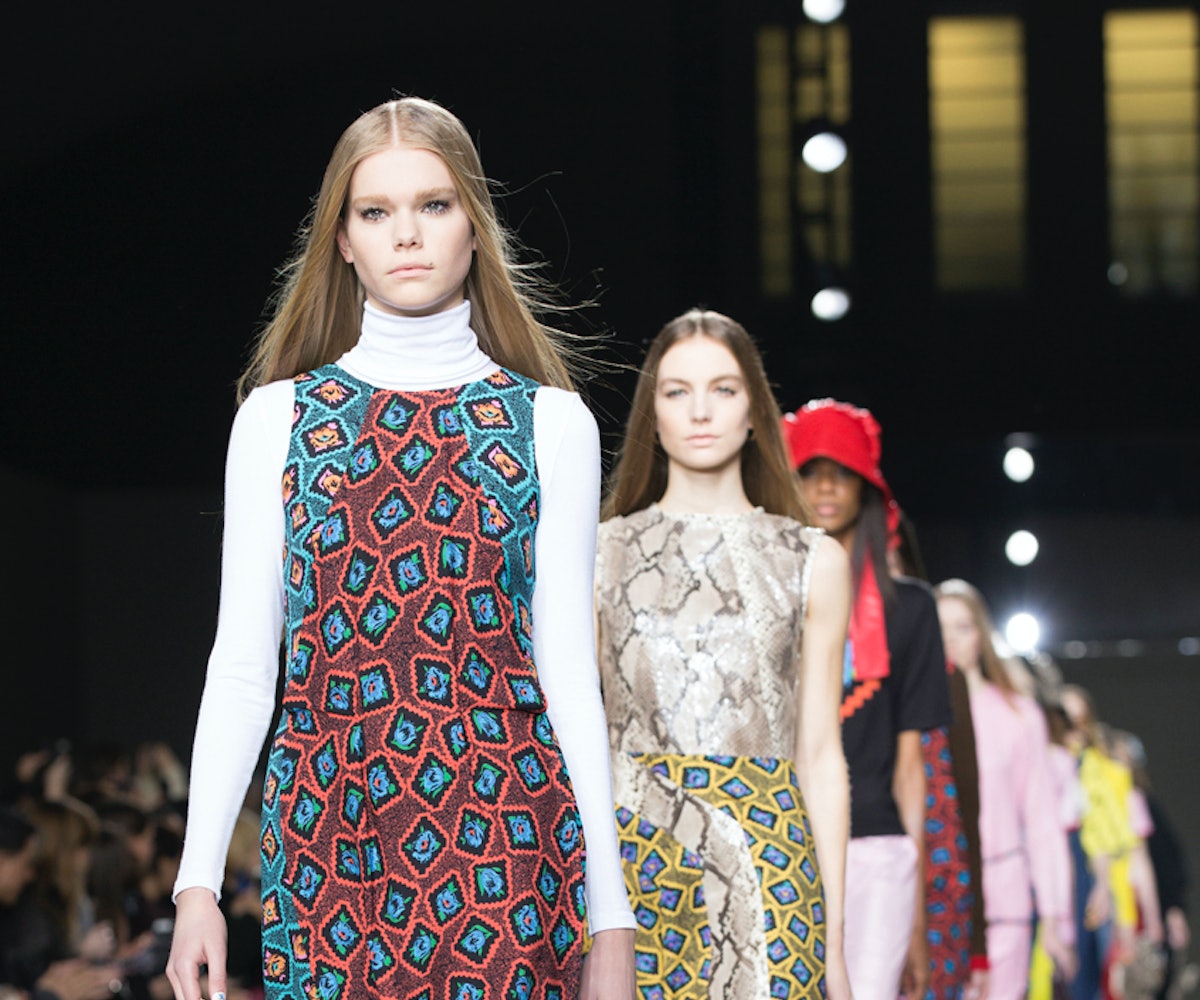 While we could never pick a favorite international Fashion Week (it's like picking a favorite flavor of Ben and Jerry's--impossible), we can definitely say that London Fashion Week always brings a certain It Factor. Generally the collections shown in the British capital are more experimental, street-inspired, and brightly colored than their counterparts in New York, Milan, or Paris. London Fashion Week is also the place to go to find creative young talent, from well-known brands like Christopher Kane and JW Anderson, to up-and-comers like Simone Rocha, Marques Almeida, and the rotating cast of designers that show through Fashion East. Then there are the British mainstays like Burberry and Topshop who always creating dramatic collections that tap into the essence of being a Brit Girl and pretty much make us want to pack up and skip shores to England.

Since the British shows came to a close yesterday, we asked our Market Director, Rachael Wang, Senior Web Editor, Liza Darwin, and Associate Web Editor, Steff Yotka, to pick out their favorite looks from the week. Just click through the gallery to get a little wardrobe inspiration and maybe get a sneak peek of the items you'll be seeing in NYLON issues this fall.