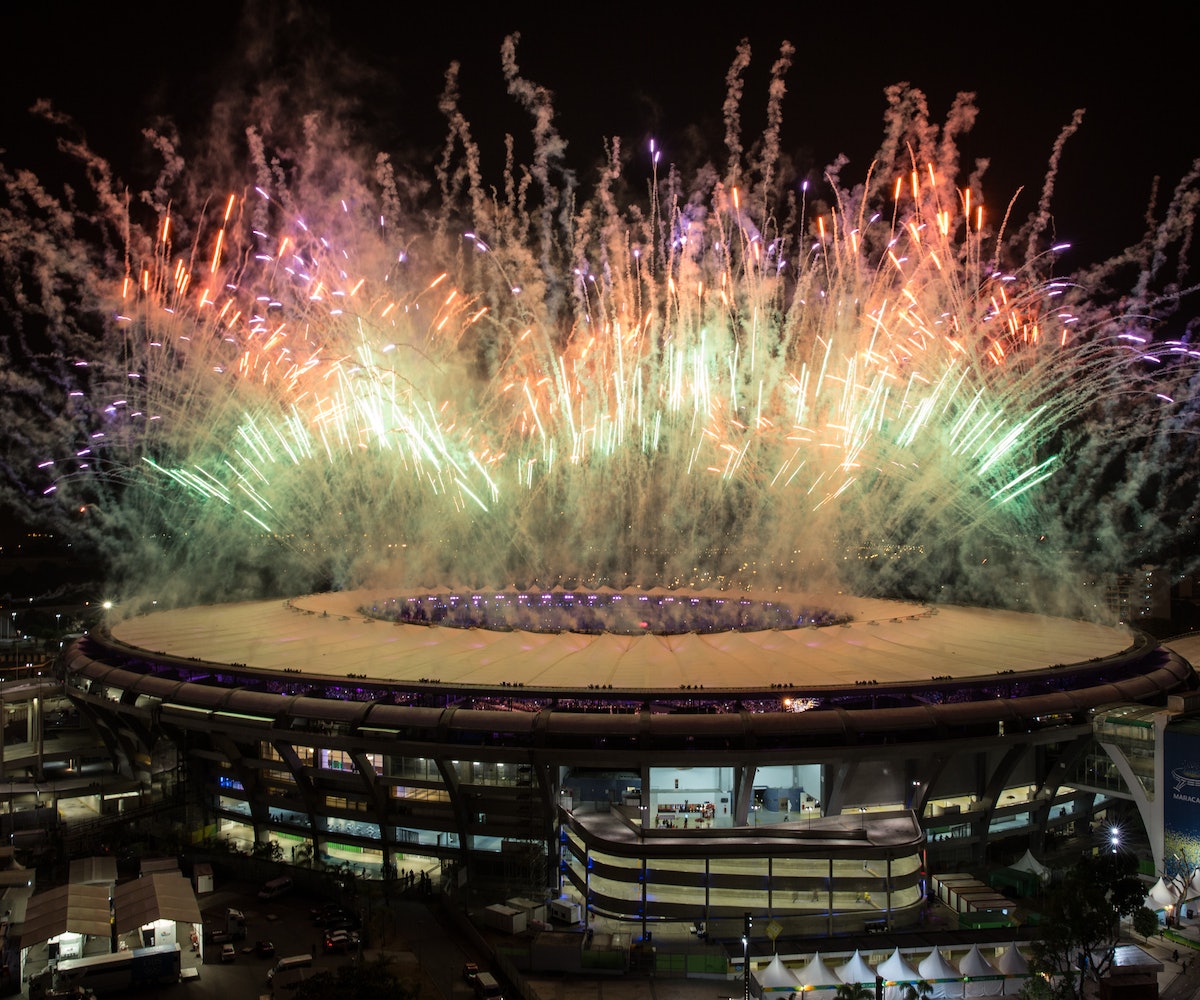 At last night's Opening Ceremony for the 2016 Summer Olympics in Rio, no one was even thinking about the Zika virus by the time Giselle Bündchen strutted through the stadium to classic Brazilian bossa nova song "The Girl from Ipanema." This was the moment that kicked off the event, which was full of colorful dancers, loud music, and even giant cheese graters (but really though, seed planters). It was interesting to watch each individual country interpret their national pride in a different way. France, for instance, wore expertly tailored suit jackets, while the Bermuda team naturally opted for...Bermuda shorts. And Tonga, a small group of islands off the coast of New Zealand that not a lot of people talked about until last night, decided to send a gorgeous, oiled-up athlete to lead their group of competitors this year. #TonganFlagBearer was trending soon after. Basically, cancel the games, this guy has already won.

Here are the best moments from the Opening Ceremony in Rio:

1. When one of the representatives for the Cayman Islands was just a little too excited to be there.

, who qualified for the Olympics through the Oceania Qualification Tournament in taekwondo, broke the internet. It was apparently his idea to wear traditional Tongan dress, called a ta’ovala, and everyone is very grateful that he's so patriotic. By the way Taufatofua seduces the camera, he knows he's already won the Olympics.

3. Having no idea she'd later be upstaged by a lubed-up Polynesian, Giselle Bündchen glided down the runway, portraying "The Girl from Ipanema" in the first moments of the ceremony. The

who inspired the 1965 song was a torch bearer at the event.

, involved a lot of carefully choreographed movements that seemed to be done precisely in sync. Brazil is a little more fun than that, and their brightly colored stages and glitter-covered dancers were showing off their Brazilian pride last night.

happy to be in Rio. Forbes named Johnson one of

6. That moment when one American athlete dabbed for the camera.

7. When the Bermuda team showed up wearing... Bermuda shorts.

, there was a refugee Olympics team, representing the more than

people displaced from their home country by war or persecution. We dare you to watch them walk into the arena at Rio and not lose all emotional control.

9. After all of the countries made their debut, and we all sopped up our tears after the refugee team made history, there was, strangely, a dance sequence that involved what looked like giant cheese graters. Definitely don't hate it.

10. Then the cheese graters transformed into the Olympic rings, and trees sprouted from the top of them. Since Brazil is home to the Amazon, the world's largest rainforest, perserving and appreciating nature was a theme of the Opening Ceremony. Athletes were seen

after they made their entrance, which will eventually grow into trees that will be planted in Rio.