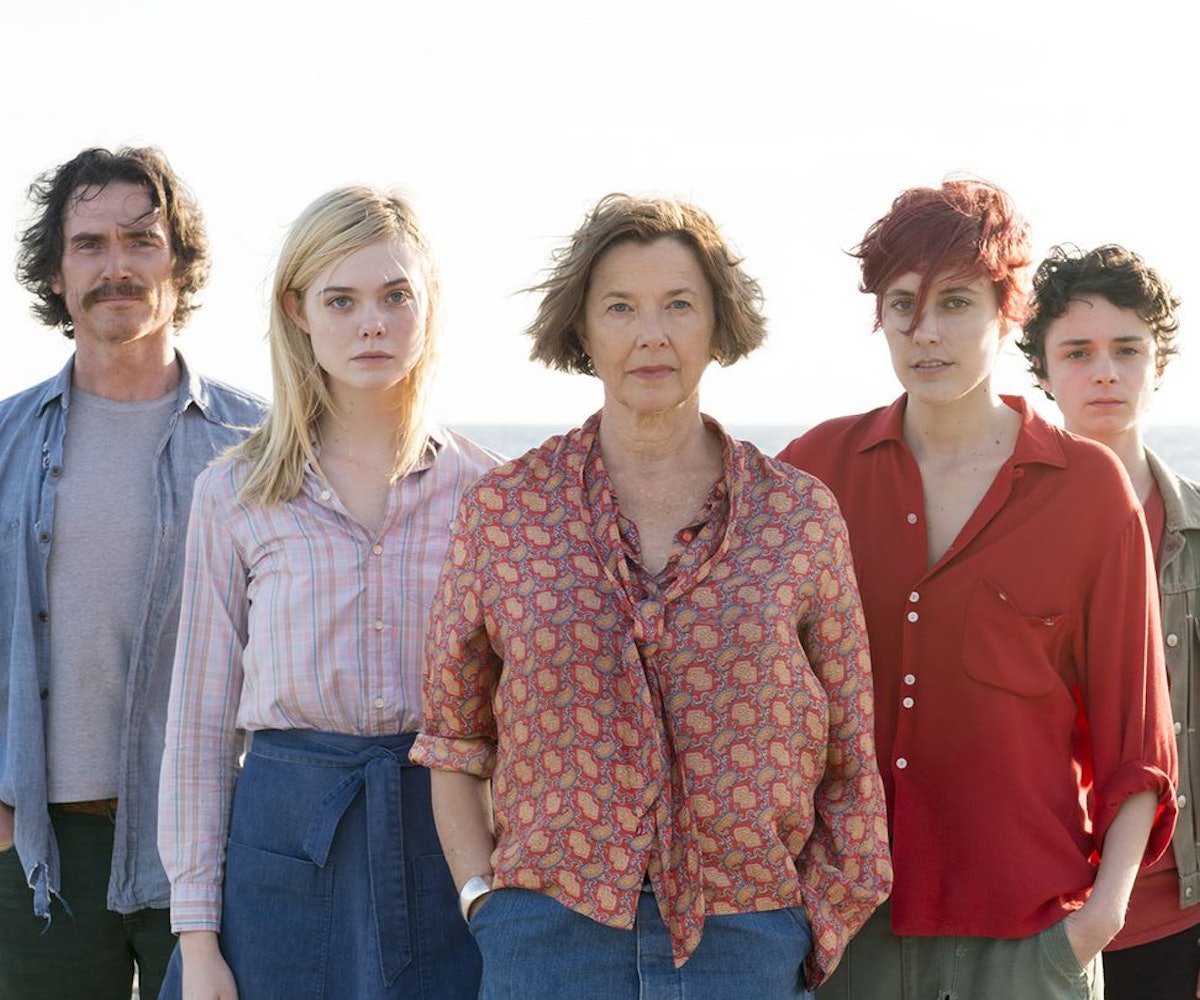 With the streaming revolution in full swing, going to the theater and shelling out $15 dollars for a movie is becoming an increasingly tougher sell. Meanwhile, TV shows themselves are becoming a more creator-friendly medium than movies made within the Hollywood system, and networks like FX, Netflix, and HBO are taking more and more risks that continue to pay off. But still, for every lazy comic book movie *cough*X-Men: Apocalypse*cough* that gets forced upon us, there are cinematic gems that manage to restore faith in the moviegoing experience. Here are 11 such films from this year.

On paper, Damien Chazelle’s ode to a bygone Hollywood had no right working at all, let alone connecting with audiences. But after sweeping through the festival circuit—and leaving audiences on their feet—this tale of two dreamers (a luminous Emma Stone and an irresistible Ryan Gosling) falling in love is on a seemingly unstoppable march to the Oscars podium. With La La Land, Chazelle, a natural born filmmaker, has dreamed up something wholly unique, a throwback musical that feels thoroughly modern and functions as both pure escapism and a bittersweet reminder that life doesn’t always have a Hollywood ending.

Talking animals have been the foundation of animated movies since the dawn of Disney, which makes this charming movie’s freshness feel like a truly earned achievement. Set in the sprawling, gorgeously realized megalopolis of the movie’s title, the story is, on its surface, an old-fashioned buddy cop yarn about a rabbit and a fox teaming up to solve a case involving disappearing citizens. But where Zootopia really sparkles, beyond its splashy animation and ingenious visual wit, is with its heartwarming message of inclusion, which, as you know, couldn’t come at a better time.

Much has rightly been written about Moonlight’s importance as a representation of blackness, queerness, and the intersection of the two, unparalleled in its subtle and non-sensationalized takes on numerous hot-button issues. Equally integral to the film, however, are the sensitive, nuanced performances that director Barry Jenkins evoked from his cast. Across its three acts, Moonlight showcases a pantheon of black talent, both new (Alex Hibbert, Ashton Sanders, and Trevante Rhodes as the tortured protagonist Chiron at different ages) and old (Mahershala Ali and Janelle Monáe as parental figures Juan and Teresa). The relevance of an all-black cast in a prestige drama such as this one cannot be overstated; the fact that their acting across the board is some of the year’s best makes it all the more worth celebrating.

With his second feature, Tom Ford has established himself as one of the most sumptuous filmmakers working today. But come on, it’s Tom Ford. You kind of expect his mise-en-scene game to be on point. Where Ford really impresses here is with his noirish, movie-within-a-movie script, which sees Amy Adams give another marvelous performance as an art gallery owner who receives the manuscript to her ex-husband’s (Jake Gyllenhall) new novel, which forces her to examine some dark truths about her past. Where the movie really springs to life, though, is through the dramatization of that novel, which features magnetic and terrifying performances by Michael Shannon and Aaron Taylor-Johnson, who gives a career-defining performance.

If we can thank American Honey for anything, it’s for introducing us to Sasha Lane, without a doubt one of 2016’s breakout stars. A first-time actor, Lane plays spirited runaway Star with a nuance that makes it hard to believe she’s not a seasoned pro. Her compelling performance, supported by career-making appearances from Shia LaBeouf and Riley Keough, makes the film feel like a fraction of its near-three-hour runtime, while director Andrea Arnold’s subtle storytelling renders the most low-key scenes as riveting as the high drama of Star and Jake’s (LaBeouf) relationship. A subtle, affecting portrait of young people left behind by contemporary society, American Honey is an essential document of an America in between yet far beyond the coasts.—NJ

A haunting story about memory, loss, and being a parent is disguised as an alien invasion flick here. Built around Amy Adams’ otherworldly performance, Arrival tells the story of a linguist tasked by the U.S. government to communicate with mysterious extraterrestrials that have landed on earth and who are trying to communicate through an indecipherable language. There is the requisite breathless climax, but under the cerebral direction of Denis Villeneuve, Arrival avoids typical Hollywood sentimentality with a breathtaking ending that recontextualizes everything that has come before it.

Paul Verhoeven’s twisty, perverse thriller stirred controversy when it premiered at Cannes, thanks to its protagonist’s unnerving response to her own rape. Instead of reporting it to authorities, she instead goes about her daily life—which includes running a video game company—and quietly engages her attacker in a demented game of cat and mouse. That she’s played by the incomparable Isabelle Huppert, giving a confrontational and ambiguous performance, makes this difficult premise somehow digestible. Movies like Elle, which at times veers into black comedy territory, do not come along often.

Manchester by the Sea

There’s a scene toward the end of Kenneth Lonergan’s tragic masterpiece where two characters, once so close, confront each other for the first time in years, after an unimaginable tragedy has drilled a chasm between them. It is staggering, the best-acted scene of the year (maybe even the decade really), and the cornerstone of this elegiac story of a janitor (Casey Affleck, likely to win the Best Actor Oscar), whose maelstrom of emotions—grief, regret, anger—simmer just below his dead-cold surface. Watching him try and move forward with his life, as he takes responsibility for his late brother’s teenage son, is an overwhelming, at times unbearable, but ultimately life-affirming experience.

Deadpool is not a great movie, but it will go down as one of the more influential blockbusters of its time. Its relatively modest budget allowed director Tim Miller to take risks that filmmakers in charge of more bloated superhero movies cannot, and it not only breathed life into Ryan Reynolds’ flatlining career but also took a katana blade to the entire genre, filleting and reassembling it in its own image.

Natalie Portman's portrayal of Jackie Kennedy following the days of JFK's assassination is spellbinding. Her vocal affectations are startling and uneasy, but the true magic comes from Pablo Larraín's specific and often claustrophobic vision. Together, Larraín and Portman (and an outstanding score by Mica Levi) create a frenzied portrait of a highly public yet incredibly private American icon, one whose complexities and intellectual depth were rarely known—until now.—Hayden Manders

Beautiful, multigenerational cast? Check. Gorgeous late ‘70s costumes and interiors? Check. Iconic punk and new wave soundtrack? You betcha. But 20th Century Women, the latest from Beginners auteur Mike Mills, is so much more than its sumptuous aesthetics. Set in a boarding house full of SoCal misfits led by the inimitable Dorothea (Annette Bening), the film follows this makeshift family as each member attempts to raise her rebellious son, Jamie (Lucas Jade Zumann). Brimming with standout performances, including Greta Gerwig as a feminist punk and Elle Fanning as Jamie’s free-spirited best friend, 20th Century Women is a thoughtful reflection on alternative families, mother-son relationships, and what it means to be a man. It’s also one of the most fun, eye-popping, and utterly joyful films of the year.—Noah Jackson

NEXT UP
Entertainment
9 Films To Stream After Watching ‘Don't Worry Darling'
Nylon Nights
Copenhagen Goes Hollywood, Courtesy of Joe & the Juice
Entertainment
Lindsay Lohan Teases Her Return To Film, 'Falling For Christmas'
Entertainment
Paramore's "This Is Why" & 9 Other New Songs Out This Week