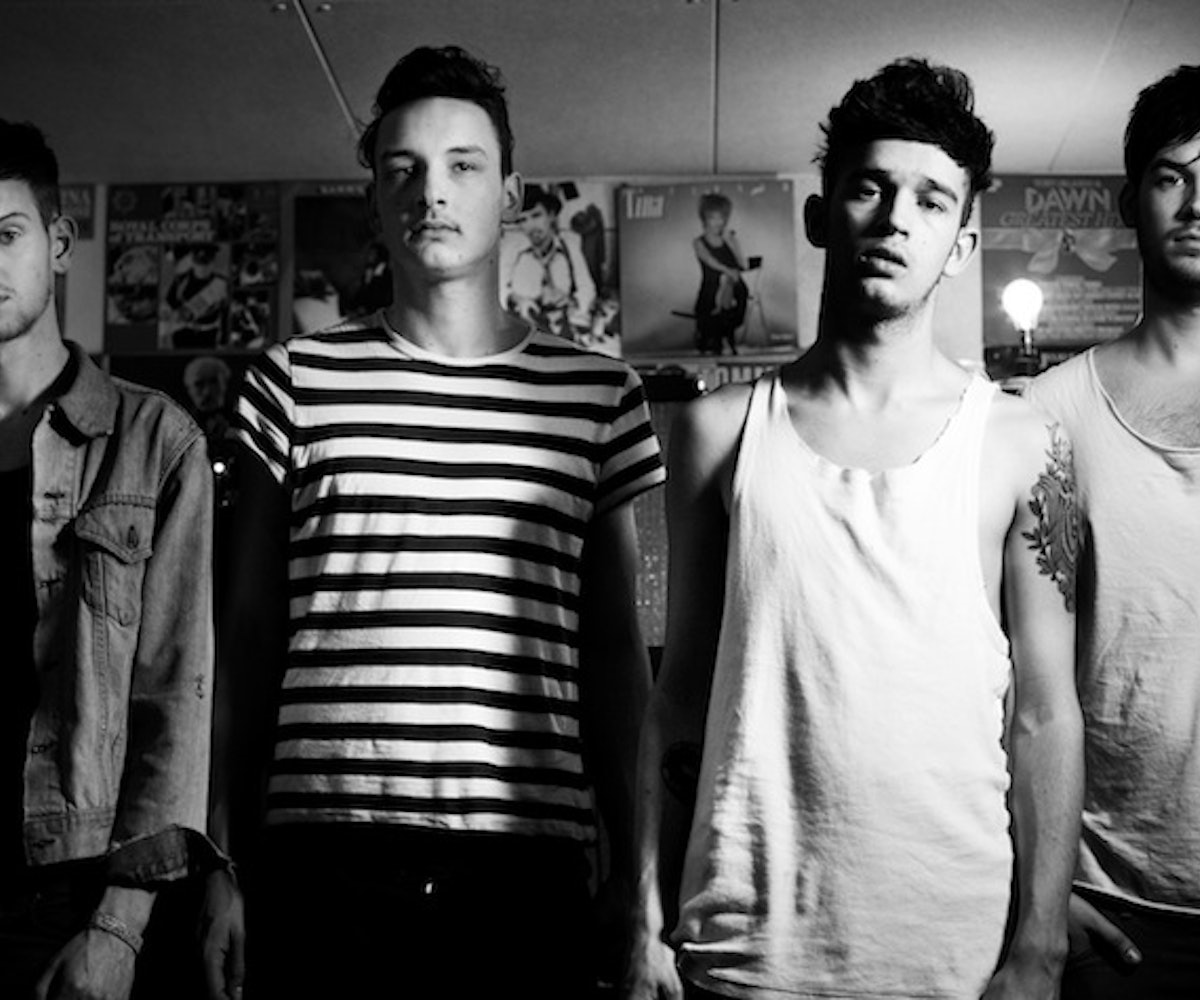 There were so many great records to come out this year, but I have to go with The 1975's self-titled

because I can't stop listening to the entire thing, it just makes me feel insanely happy." --Jackie Yaeger, newsletter editor

"This album is like a soft cashmere blanket you pull around yourself on a cold winter day. It's been on constant rotation since the album came out in January. 'We could stay for the season, maybe I’d give you a reason to,' indeed." -- Rebecca Willa Davis, executive web editor

Daughter, If You Leave

"Even though I've probably played it 100 times, I still get shivers every time I hear 'Youth' or 'Human.'"-- Liza Darwin, senior web editor

Shannon and the Clams, Dreams In The Rat House

"It's like Buddy Holiday went to a punk rock show--needless to say, it's been on repeat all year." -- Jade Taylor, beauty assistant

Kanye West, Yeezus, and Drake, Nothing Was The Same (tie)

"I never liked Drake until I heard his new record...the whole record is solid, it's a listen straight-through kind of deal. Kanye is a polarizing artist...love him or hate him, everyone has an opinion on him and that in itself is a feat in today's world." --Josh Madden, men's content and marketing director

"I've always been a fan of his music and he really delivered with his debut studio album."-- Christian Lavery, men's associate web editor

"I started listening to this before I profiled Jared Leto for the December/January issue of NYLON Guys (on stands now!). I didn't think I would like it. I was very, very wrong. 'City of Angels' is a love letter to LA that makes me feel a lot of Cali pride. Which is bizarre because I'm from South Carolina." --David Walters, deputy editor

since I first learned how to burn CDs and sold the

LP to all the kids on my school bus in high school. (Sorry for that?) I think what amazes me so much about it is that it sounds technically perfect while still communicating in a way that feels totally emotional and intimate. Also: shout out to Dev Hynes'

"It's basically the only album I've listened to since it's come out. Although everyone loves to hate Kanye this album is pretty f***** great. I mean 'spendin' everything on Alexander Wang.' Yup, me too, Kanye, me too." --Marissa Smith, fashion assistant

"Joanna Gruesome's Weird Sister is really special. My runners up are

by Jamaican Queens, and

Also You're Nothing from Iceage, and Finally Rich by Chief Keef, which I guess technically came out in 2012, but in like December, so it still counts." -- Blair Waters, NYLON TV Producer

"I'm going to go ahead and pull an RSTLNE card on this one, since my 2013 faves are the same as everyone else's (Daft Punk's

Modern Vampires of the City

, etc.). Instead, because I am an indecisive, insufferable people-pleaser, I'm going to hand out four awards (OK, technically nine since there are three ties and one three-way. I know). Most played in the office: Tegan and Sara's

Most played on my headphones: Rhye's

. Best live performance: Savages at Bowery Ballroom, where it was hard to tell whether I was being held up by the propulsive punk of Silence Yourself or the politely moshing masses around me, and Edward Sharpe and the Magnetic Zeros at Governors Ball, where I surrendered to their cult of happiness (and knee-high mud)--ESATMZ's secret show on an East River pier, where they previewed tracks off of their third album (s/t), wasn't so bad either. Best overall album that hasn't been mentioned already: Wild Belles