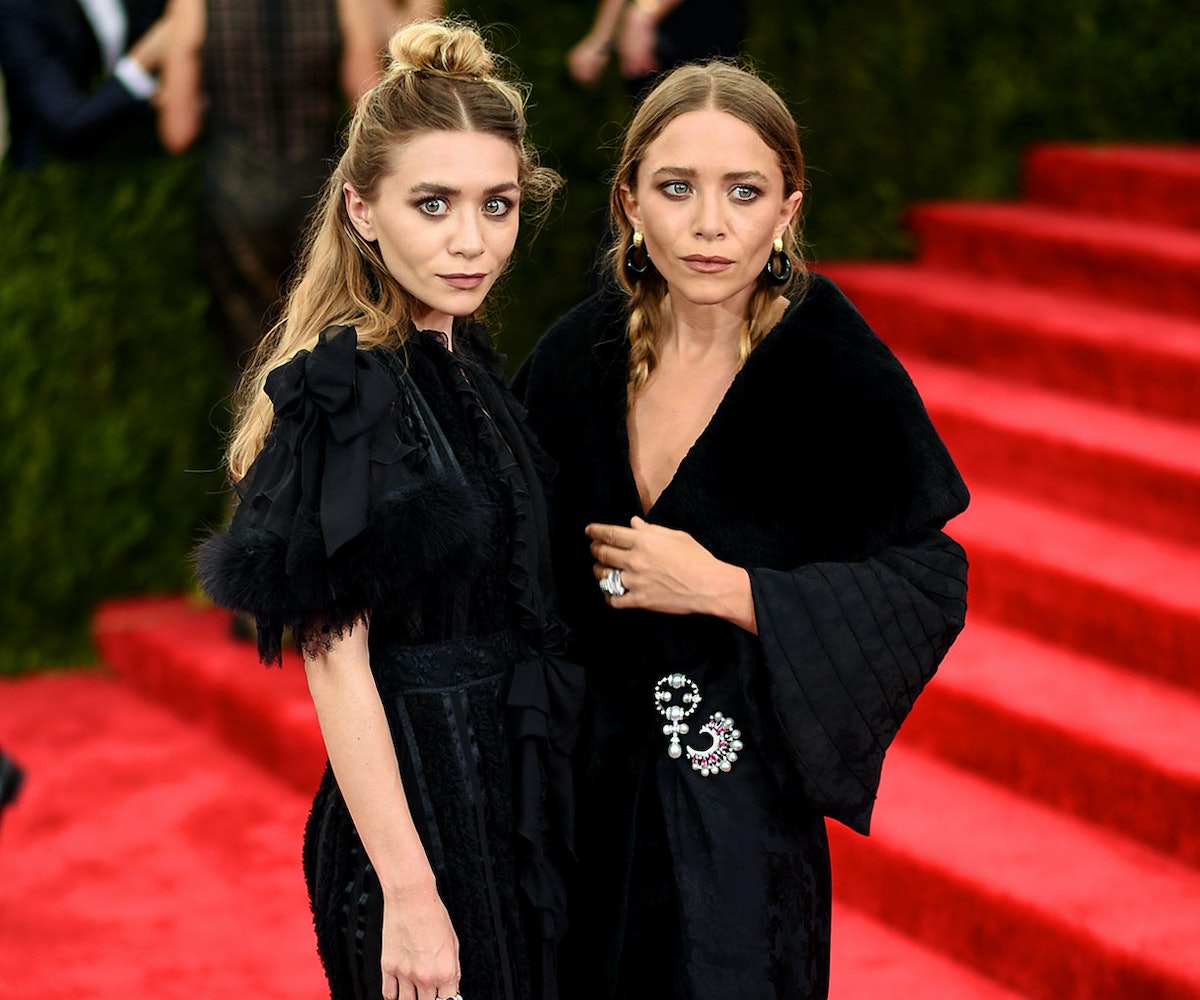 Over the course of almost three decades, television’s favorite twins have really evolved from the lovable characters on Full House to some of the biggest style icons of our time. While they may be tiny, Mary-Kate and Ashley Olsen are certainly powerful in the word of fashion. From designing some of the coolest clothing and accessories for their lines, The Row and Elizabeth and James, to wearing some seriously epic—and sometimes even outlandish (in the best sense ever)—outfits, they absolutely kill it and wow when it comes to their rare red carpet appearances. Fans of draping and oversize, clean silhouettes, the stylish duo is always looking elegant and poised in kimono-style gowns, asymmetrical dresses, and masculine separates.

To compensate for the sense of loss we felt over not seeing Michelle all grown up on the recent Fuller House premiere, we've rounded up our top ten favorite Mary-Kate and Ashley fashion moments. Click through the gallery to check out the most stylish looks, and prepare for some serious closet lust.

Fresh from winning an CFDA Award, the twins prove that flats on the red carpet can be super chic.

Hello, gothic bridal gowns of our dreams. We would rock these down the aisle in a New York minute.

The sisters wowed us all in the most gorgeously conservative vintage gowns.

The twins look like night and day literally, while rocking complementary colors and opposite bun heights.

We love how Mary-Kate's vest dresses down her sheer gown, while Ashley's teal stole adds a pop of subtle color to an all-black look.

Who knew that so much tulle could look that good on the red carpet? The Olsen twins did.

Once again, they killed it in all-black ensembles, this time accompanied by sunglasses and white clutches.

Mary-Kate’s leopard coat and black hat remind us of last season's Saint Laurent. We wonder if Hedi Slimane was inspired directly by this look.

Even though they're both wearing similar silhouettes, Ashley looks super chic and polished with a low, slicked back bun while Mary-Kate channels her uniquely bohemian style with tousled waves.

The sisters look incredibly elegant and grown up at the tender age of 17. How time flies.

NEXT UP
Fashion
13 Of The Buzziest, Can’t-Miss Moments From NYFW
Fashion
12 Lovely, Lingerie-Inspired Street Style Looks At London Fashion Week
Fashion
How To Wear Your Dr. Martens With Anything
Fashion
Saint Laurent's Front Row Was Black And Pink And Blackpink All Over