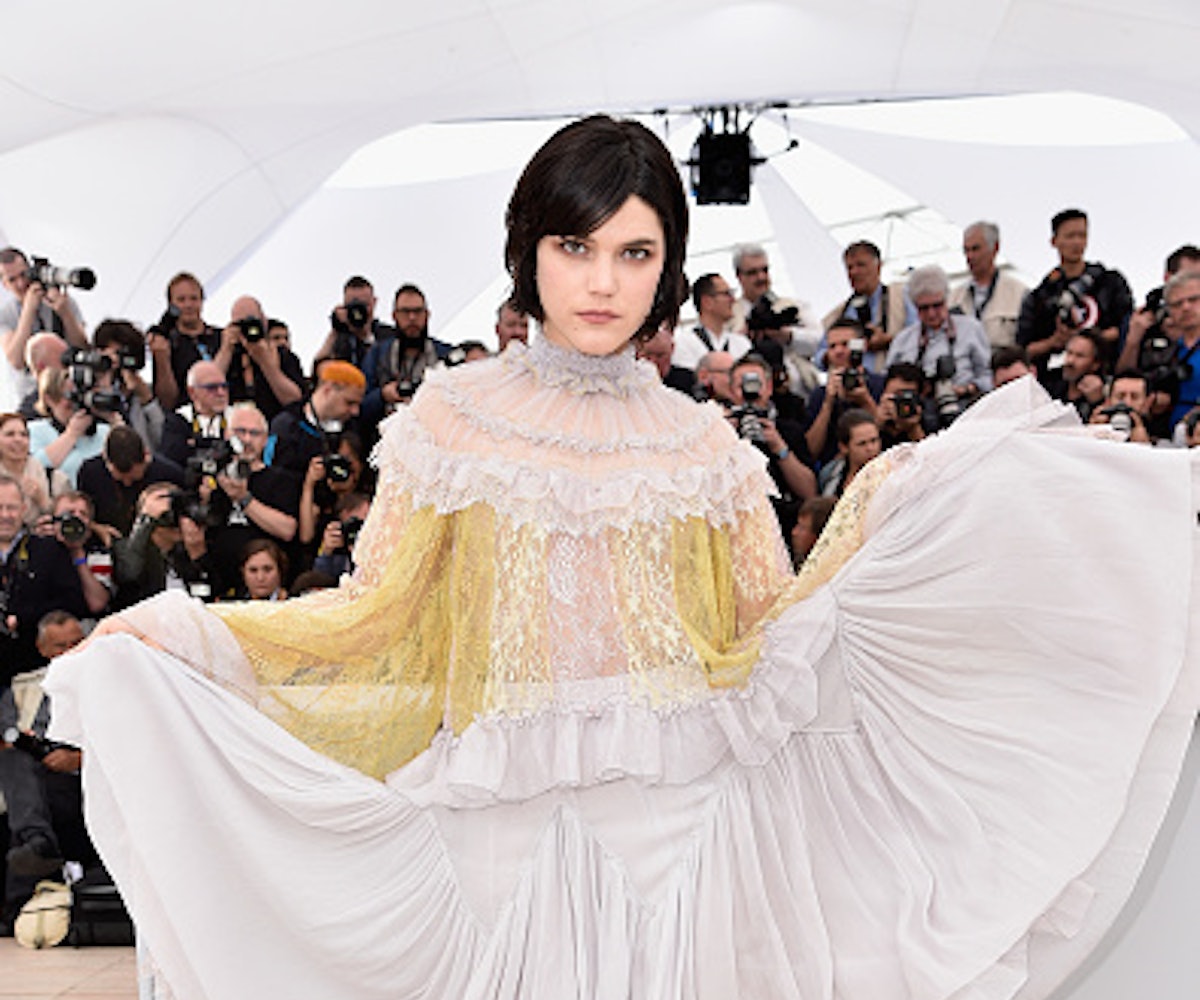 This year may have been a complete dumpster fire, but one thing we can all agree on is that the red carpet fashion was out of this world. You could say that 2016 was a year of taking risks, providing us with much more than the run-of-the-mill red carpet gowns we’re used to seeing.

Sure, we certainly still saw a number of stunning, glittering gowns, but this year’s gatherings were also chock-full of atypical styles and silhouettes. Pro-Hillary pantsuits, Victorian-era gothic styles, and even some of our lazy day favorites—we’re talking sneakers, white tees, and hoodies—made a number of red carpet appearances throughout the year (mostly courtesy of K. Stew).

From the awards show circuit to movie premieres and festivals, we selected the looks from last January to now that not only earned their wearers best-dressed status, but also provided us with wardrobe inspiration for the new year that’s right around the corner.

Click through the gallery below to check them out and start taking notes for 2017.

A very Marilyn Monroe-esque Lady Gaga rocked the coolest Brandon Maxwell jumpsuit to the Oscars. It was basically a gown with secret pants, and we were all for it.

Amy Poehler blew us away in this Andrew Gn stunner at this year’s Oscars. We’ve never seen the funny lady look so elegant.

Have you ever seen a more goddess-like triad of siblings than The Haim Sisters at the Met Gala?

Solange was just being Solange (aka amazing) in this structured David LaPort look at the Met Gala.

Zoe Saldana wore the most glorious of Dolce & Gabbana gowns to the Met Gala, complete with a breathtaking feathered train.

Nicole Kidman was an actual moon goddess at the Met Gala in this stunning, sparkling gown by Alexander McQueen.

Kristen Stewart basically broke every red carpet rule possible this year at the Cannes Film Festival, from wearing sneakers to donning the above cropped white tee (hey, at least it was Chanel)—and we love her for it.

How could we forget the time Lily-Rose Depp wore a matching Chanel woven hoodie and shorts (that fully reminded us of a drug rug) and still absolutely slayed?

Elle Fanning looked like a porcelain doll at Cannes in this tiered Chanel frock, complete with a giant velvet bow.

Cannes Film Festival had a major Victorian moment, with everyone from Riley Keough to Vanessa Paradis rocking the trend. Above, Soko wore this Chloe stunner.

Our hearts sang when Rita Ora showed up to the VMAs in a full Marc Jacobs runway look—gothy lace, chunky platforms, and all.

Another fine example of siblings, dressed in head-to-toe Rodarte, slaying the red carpet: Chloe And Halle Bailey nailing multiple trends at once at the VMAs.

At this year’s American Music Awards, Chrissy Teigen taught us that you can have your dress held together with a single safety pin and still kill it—though we wouldn’t try this at home.

Keke Palmer made chain mail on the red carpet a thing at the American Music Awards. Her two-piece by Natalia Fedner was, of course, completed with a baby pink fur coat.

How can we forget that time Krysten Ritter showed up to the Gotham Awards looking like a chic fashion vampire in Cushnie et Ochs.

Leave it to Jennifer Lawrence to wear a cozy sweater-tulle skirt combo on the red carpet and look flawless. It probably helps that it was Dior.

A number of inspirational and iconic female artists and musicians rolled up to Billboard’s Women In Music Awards in the coolest pantsuits we’ve ever seen. It also happened to be the one month anniversary of what was probably the worst morning ever. Pictured here is the one and only Madonna in the most glorious Gucci pantsuit to ever exist.

Lily Collins in all her gothic girl glory, while wearing Elie Saab at the Critic’s Choice Awards. Be still, our hearts.