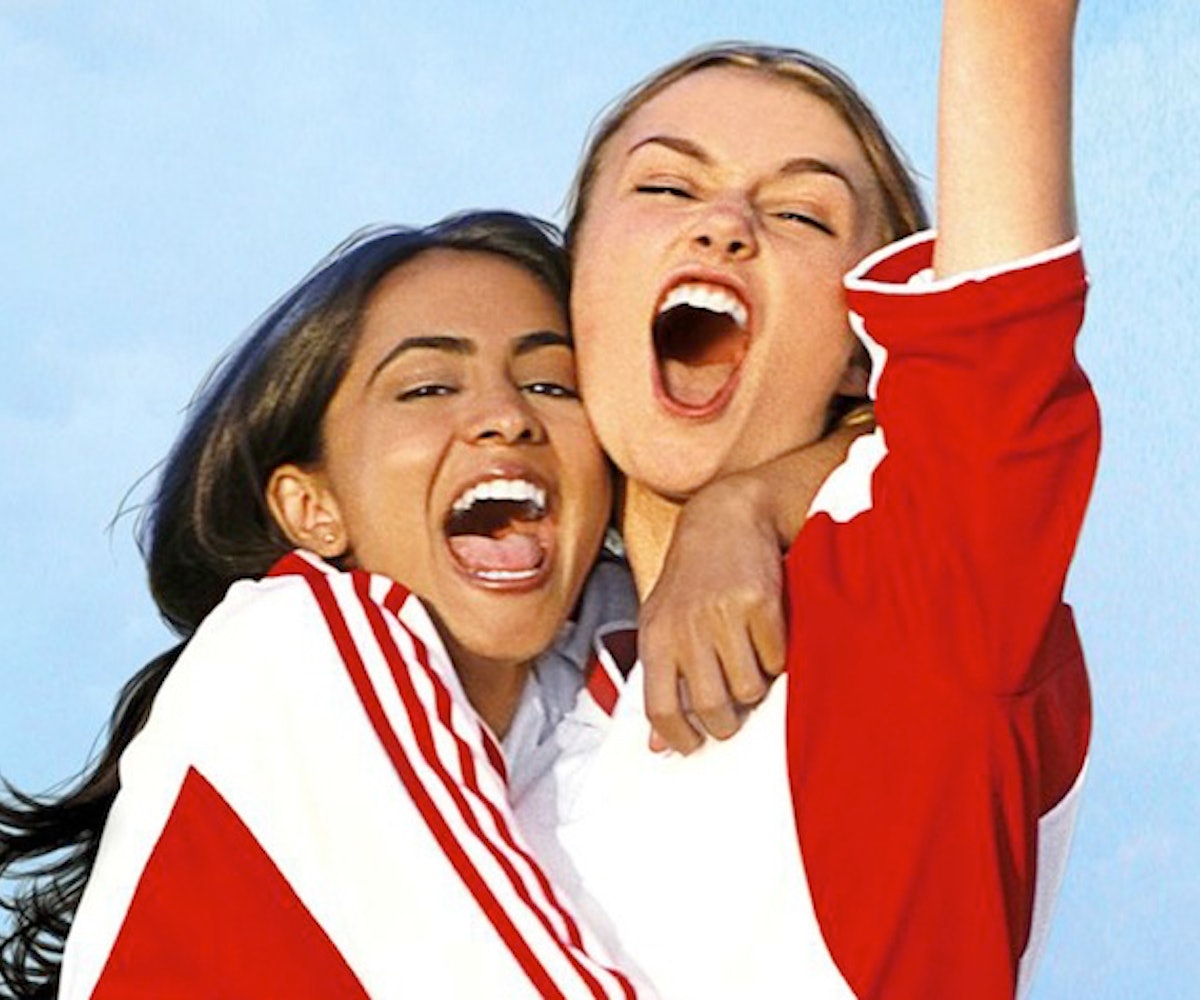 It doesn't matter if you're football illiterate or if you camp out every Sunday to watch the game (ahem, looking at some other NYLON staffers...), because the countdown to the Super Bowl is ON.

But while we wait for the playoffs and start planning what we're going to eat and drink on February 2, why not get some inspiration from some of our other favorite athletes?

While Tom Brady is great and all, I'm talking about the fictional kind. You know, from classics like Hoosiers and Field of Dreams, as well as newer flicks like Bend It Like Beckham.  Oh, and while you're watching? We suggest wearing this oversized jersey from Dangerous Minds. It's cute, it's casual, and it's definitely on-trend (Rihanna, Miley, and Selena Gomez can tell you that already).

See our picks for your next movie night below, and let us know if you think we missed anything on Facebook. Go team!

Why you should watch: it's inspired by a true story of a basketball team that won the state champs, and will definitely inspire you (and maybe make you cry...)

Why you should watch: hello, Hilary Swank is a total badass! Plus, she nabbed an Oscar for her intense portrayal of boxer Maggie.

Why you should watch: the Chevy Chase comedy will never make you think of golf (or gophers) the same way again.

Why you should watch: Keira Knightley's breakout role is sweet take on culture-clashing and soccer.

The movie: A League of Their Own

Why you should watch: Well, besides the fact that Kit and Dottie are stylish enough to inspire their very own gift guide, this girl-power ensemble comedy also features Rosie O'Donnell and Madonna.

The movie: The Sandlot

Why you should watch: it's a childhood staple that's still just as good 20 years later.

Why you should watch: Tom Cruise plus Cameron Crowe plus football? Show me the money!

The movie: Field of Dreams

Why you should watch: Want to get weepy? Load up on tissues, turn on this Kevin Costner baseball drama, and go crazy./

Why you should watch: the Sly Stallone boxing film is inspirational enough on its own, but the soundtrack? Never gets old.

Why you should watch: it sounds corny, but if there's any movie that can motivate you to suck it up and go for your dreams, it's this one.