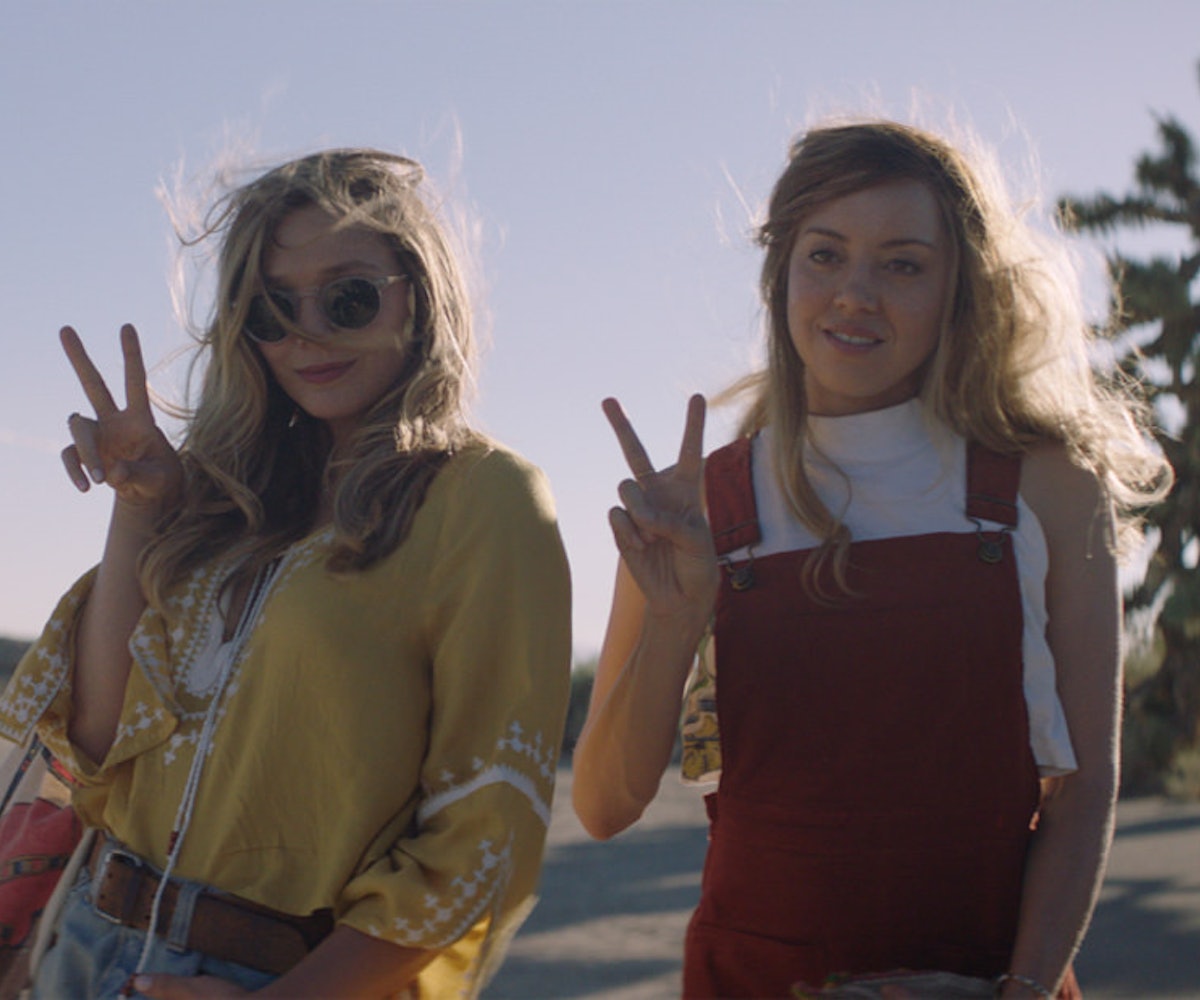 Beginning tomorrow, we, along with hordes of actors, filmmakers, publicists, buyers, and journalists, will shatter the relative peace and quiet of Park City, Utah, for the latest iteration of the Sundance Film Festival. Stars will be made, talents will be discovered, and titles will be anointed next year's Oscar contenders before this year’s nominations have even been announced. And while some parts of the 10-day festival promise to be overshadowed by events in Washington, it also stands as a reminder, now more than ever, of the importance of both art and escapism. The following titles offer plenty of both.

Anya Taylor-Joy and Olivia Cooke star as unlikely friends in this psychological thriller. Set in suburban Connecticut, the core of this narrative appears to be a murder—one that promises to solve a lot of personal problems. Exactly how remains to be seen, but we’re here for a good plot twist—and this film looks like it’ll hold many.

We’re already obsessed with this dramedy about the dark side of social media, starring Aubrey Plaza as the mentally ill Ingrid Thorburn who travels west to make friends with Elizabeth Olsen’s Taylor Sloane, a social media influencer with an Instagram-perfect life.

So, say the afterlife has been scientifically proven, and it’s great. It stands to reason, then, that suicide would be on the rise, as millions of people attempt to get in. At least, that’s the premise of this film starring Robert Redford, Jason Segel, Rooney Mara, Jesse Plemons, and former NYLON cover girl Riley Keough. It also happens to be a love story.

Zoe Lister-Jones and Adam Pally play a couple in conflict in this musical love story. When their therapist advises an unconventional sort of conflict resolution, they turn to their neighbor, played by Fred Armisen, to start a band featuring songs about their fights. Cheesy? Maybe. Worth checking out? Definitely.

A true story of cross-cultural love in our modern world, this Judd Apatow-produced film centers around a Pakistan-born man and his American girlfriend as they face the expectations of their families. Starring Kumail Nanjiani, Zoe Kazan, Holly Hunter, and Ray Romano, it questions traditions, dating, and comedy.

Filmmaker Dee Rees made an impact at Sundance in 2011 with her debut feature Pariah, about a young black lesbian learning to embrace her sexuality. It was Moonlight before there was Moonlight. With Mudbound, Rees is painting on a larger canvas, telling the sweeping story of two warring families in the post-WWII South. Featuring a starry cast that includes Carey Mulligan, Garrett Hedlund, and Mary J. Blige, expect some (very early) Oscar talk.

Prolific New York filmmaker Alex Ross Perry reteams with his Listen Up Philip star Jason Schwartzman to tell this story of two Brooklyn, New York, families whose lives are jolted by the arrival of a twenty-something Australian, played by the underused Emily Browning. Ross Perry’s movies are sometimes dark, often challenging, but always rewarding. Expect this to be no different.

A few years ago, director Gillian Robespierre teamed Jenny Slate and her co-writer Elisabeth Holm to make the delightful Obvious Child, so it’s no wonder that their long-awaited follow-up is one of the most anticipated titles at the festival. Landline is set in the mid-’90s—when screens were on TVs, not in our pockets—and tells the story of two sisters who catch their dad cheating and must decide how to proceed.

Thanks to the runaway success of Straight Outta Compton, hip-hop biopics are all the rage. Expect less gloss and more grit for this story of Lolita Shanté Gooden, who christened herself Roxanne Shanté in 1980s Queens, New York, and rose to become an underground sensation. Expect a breakout performance from the movie’s lead, too.

As the writer behind Sicario and Hell or High Water, Taylor Sheridan has given us two of the most artfully made suspense thrillers of the last several years. And while both movies delivered in the suspense department, they also had something to say. Wind River is Sheridan’s directorial debut and stars Jeremy Renner and Elizabeth Olsen as government agents who are investigating a murder on an Indian reservation, hinting at a message beneath the madness.

Fans of HBO’s dearly departed Enlightened know what kind of strange magic director Miguel Arteta and writer Mike White cook up when they work together (fans of the movie Chuck and Buck know this as well). Their latest movie concerns a holistic healer who crashes a dinner of one of her wealthy clients after her car breaks down. Led by Salma Hayek, the cast features John Lithgow, Chloë Sevigny, Connie Britton, Jay Duplass, and Amy Landecker.

The official synopsis for this short film calls it “a diptych of one man's day, half impressionist and half realist portraits.” Sounds opaque. Also, it marks Kristen Stewart’s directorial debut, so there’s that.

Daily Show alum Jessica Williams has been a star-in-the-making for quite some time, and this off-kilter love story about an aspiring playwright trying to get over a breakup should be her official coming out party. The always likable Chris O’Dowd plays the man she meets and presumably falls in love with.

So R-rated comedies about moms behaving badly is officially a thing now, and why the hell not? Toni Collette, Katie Aselton, Molly Shannon, and Bridget Everett play the fun moms who have dinner, and then get very drunk, and very high, and just let the night come to them. This could be this year's Bachelorette.