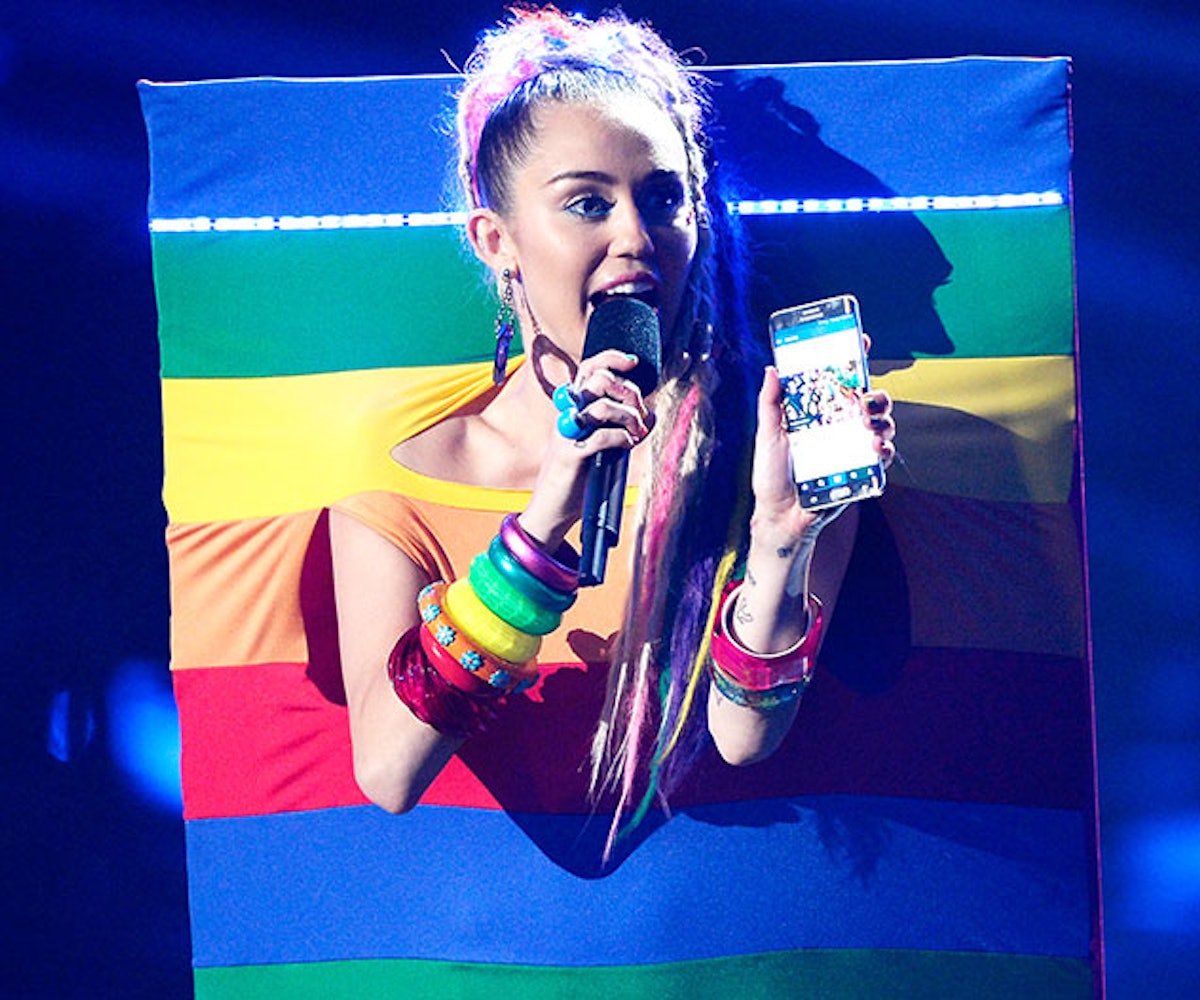 Between all of the Tweeting, performing, writing, and Instagram'ing, there was simply too much content to process at last night’s Video Music Awards. How one could sanely keep up is a marvel in an of itself. Even after the confetti fell and the replay began, we were still trying to process what we just saw. Miley dropped an album, Justin Bieber cried after a stellar performance, and Kanye West announced his presidency? What even? Now we must make do with what went down. Thankfully, we’ve got a little, ol’ thing called Instagram to help us piece together the events from one of the most outrageous VMAs MTV has seen in years. It might not have topped some of years' past, but it certainly lives up there. See for yourself, ahead.

Nicki Minaj gave a shout out to her "girls."

Demi Lovato made a new friend!

Olivia Benson kicked it with some supermodels.

Are we obligated to make a #squadgoals reference every time a photo of Taylor Swift and her friends appears? Are we?!

Burning Man is the only realistic option for a post-VMAs celebration.

Seriously. This is a thing that happened/will happen.

There are so many questions and yet so little time to properly answer what went down in Amber Rose's Uber.

Kim might've been giving her glam team a shout out, but we're here for that Kanye grin. Look at it!

A different kind of squad goals.

NEXT UP
Life
Beloved Video Game Oregon Trail To Become A Musical Film
Life
Fever Ray Throws A Spooky & Sexy Office Party In "What They Call Us" Video
Life
On Repeat: Vaquera’s Away Collaboration Is Brought To You By Britney Spears B-Sides
Life
Demi Lovato Slams Child Stardom