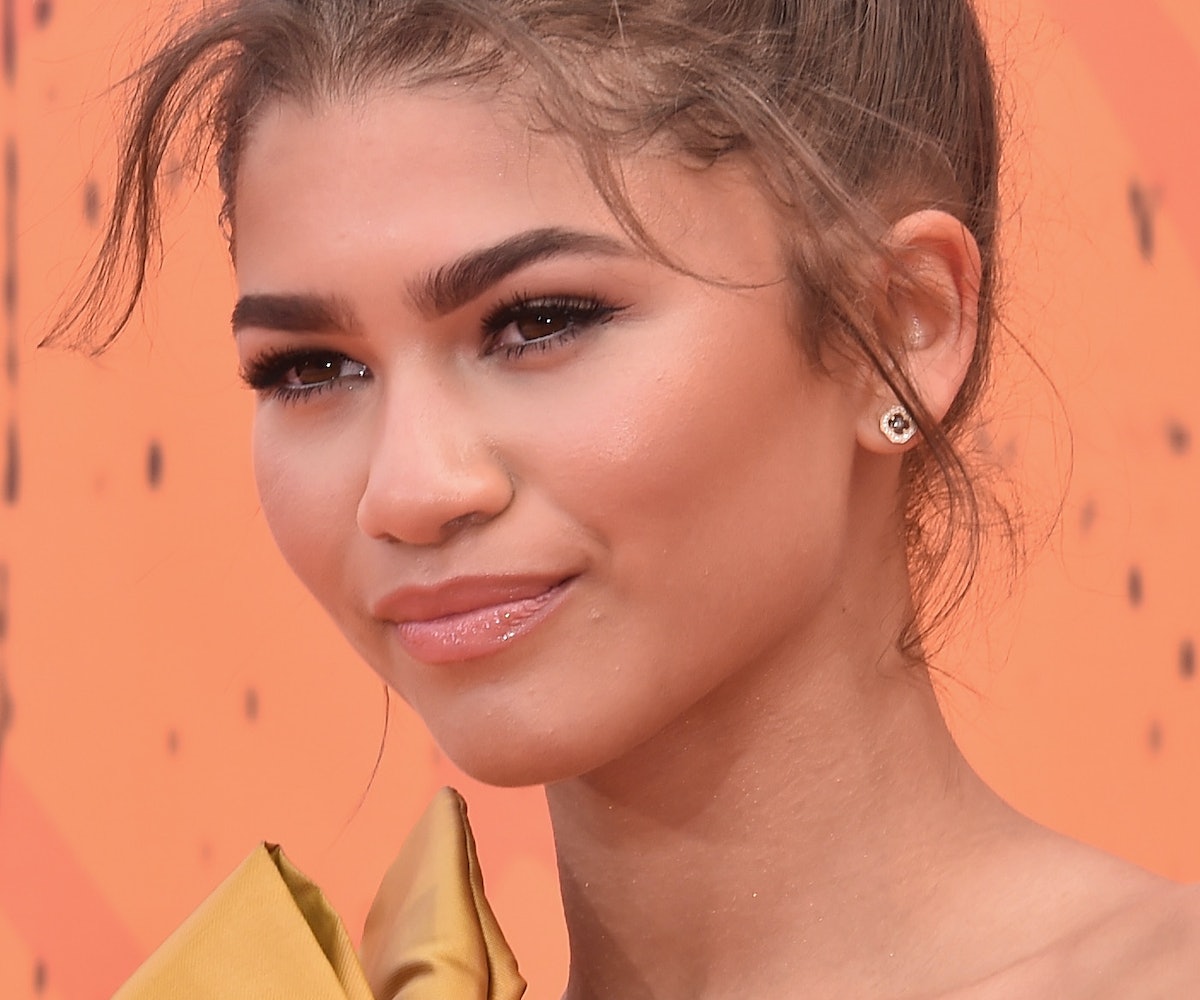 It's hard to believe that Zendaya Coleman is just 20 years old. It feels like only yesterday she was starting out, and appearing as Rocky Blue on Disney's Shake It Up. Then, seemingly overnight, her celebrity grew, and Zendaya blossomed into a beloved household name. Whether she's addressing issues like Black Lives Matter, killing it on the red carpet, or showcasing her ever-evolving versatility through her indisputable wig game, Zendaya is undoubtedly one of the biggest voices of expression in her generation.

Here, we pay tribute to 15 of her best style moments thus far. We look forward to seeing what she wears next for many years to come. Happy Birthday, Zendaya!

We'd be lying if we said we didn't want to try out this gorgeous wide-legged, coordinated look—though we'd probably trip all over ourselves.

We always thought bows would be more fun as a top rather than merely an accessory. Just saying.

There's something so effortlessly cool about this dress-side part combo.

We dare you to name someone else who is able to casually pull off a bold fuschia three-piece pantsuit. No, it's okay—we'll wait.

A shining example of the perfect spring-to-summer transition outfit.

Jay Gatsby, eat your heart out.

Vampire vibes shine through in this dark look.

Effortlessly chic in an oversized sweatshirt? What can't she do?

Totally digging the earthy vibes from this look—including those furry sandals.

The rare time when a mullet is everything.

Denim on denim over a cheetah print blazer AND a faux bob? How?

NEXT UP
Fashion
Olivia Rodrigo Wore A Sheer Slip Dress To The 2023 Grammys
Fashion
Apple Martin Is A Chanel Girl Now
Fashion
Target’s Future Collective Gets Buoyant With Gabriella Karefa-Johnson
Culture
The Cutest Couples At The 2023 Grammys
Style + Culture, delivered straight to your inbox.