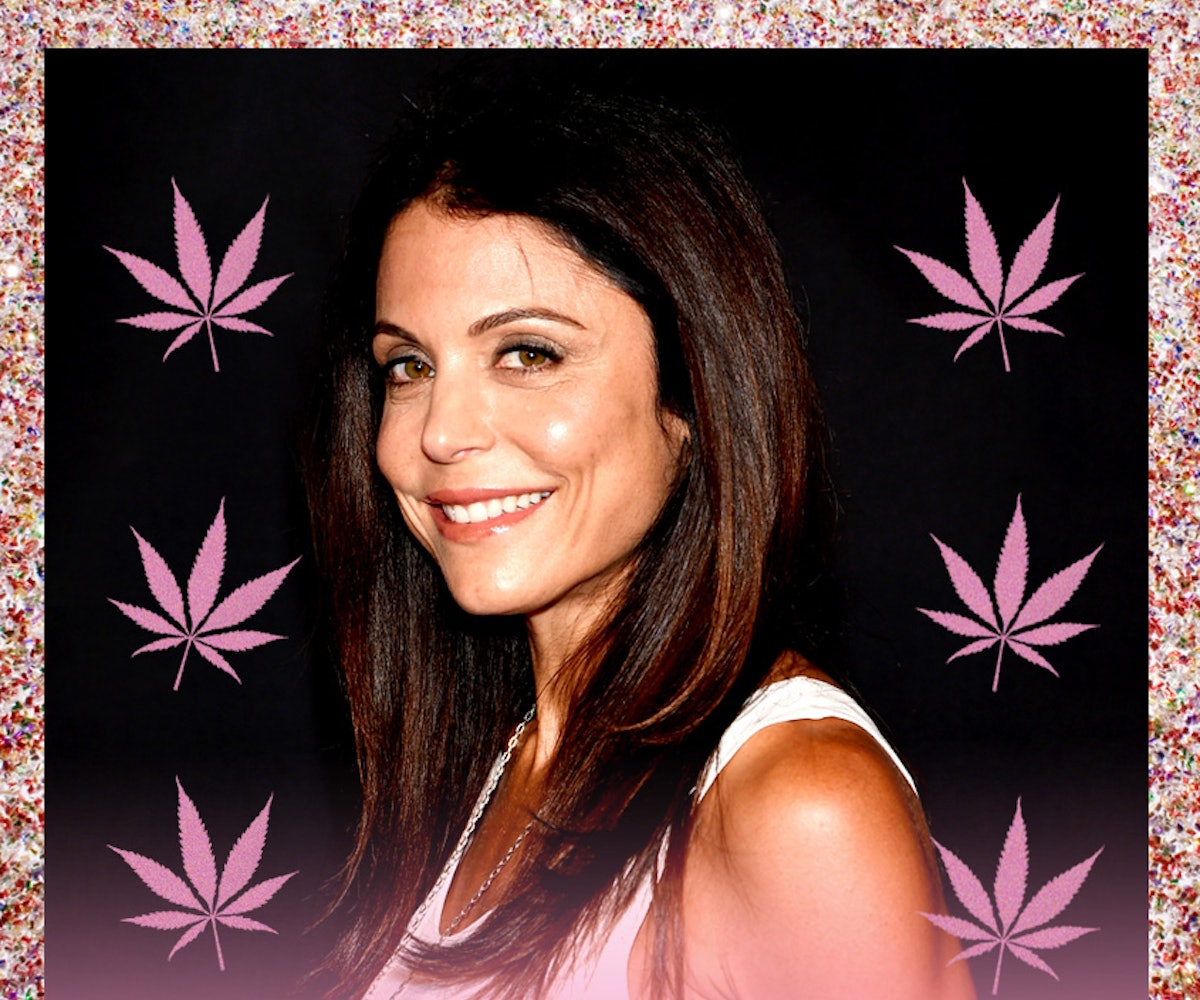 Fun-sucker of the century, Bethenny Frankel, has just announced she's expanding her multi-million dollar Skinnygirl empire into the marijuana business, reminding us of her propensity to never miss a chance to make a dime. That's right: The once Real Housewife of New York is launching her own line of herb in Alaska, Colorado, Washington, and Oregon—where cannabis is legal—that's supposed to curb your appetite for "the munchies." And Frankel's recent visit to a dispensary in Aspen is a sign this woman is serious.

If you've ever tried a Skinnygirl product in your life, you're already familiar with its tasteless, zero-calorie nonsense, but we can't blame the woman for being a master in what sells. Yet we're skeptical of how this will actually work since it's the brain's reaction to Tetrahydrocannabinol (THC) that sends the message to your fingers to grab for every bag of chips within arm's reach. Will she use a hunger suppressant? Who knows... Maybe Bethenny went to Hogwarts and got an A in Potions class.

Whether or not we'll try it remains inconclusive (because isn't finishing off two bags of Doritos with a third bag of Cheetos half of the fun?), but along with the rest of the internet, we're intrigued.

What do you guys think? Will this just be an example of a placebo effect

? Or is the ex-housewife really onto something?