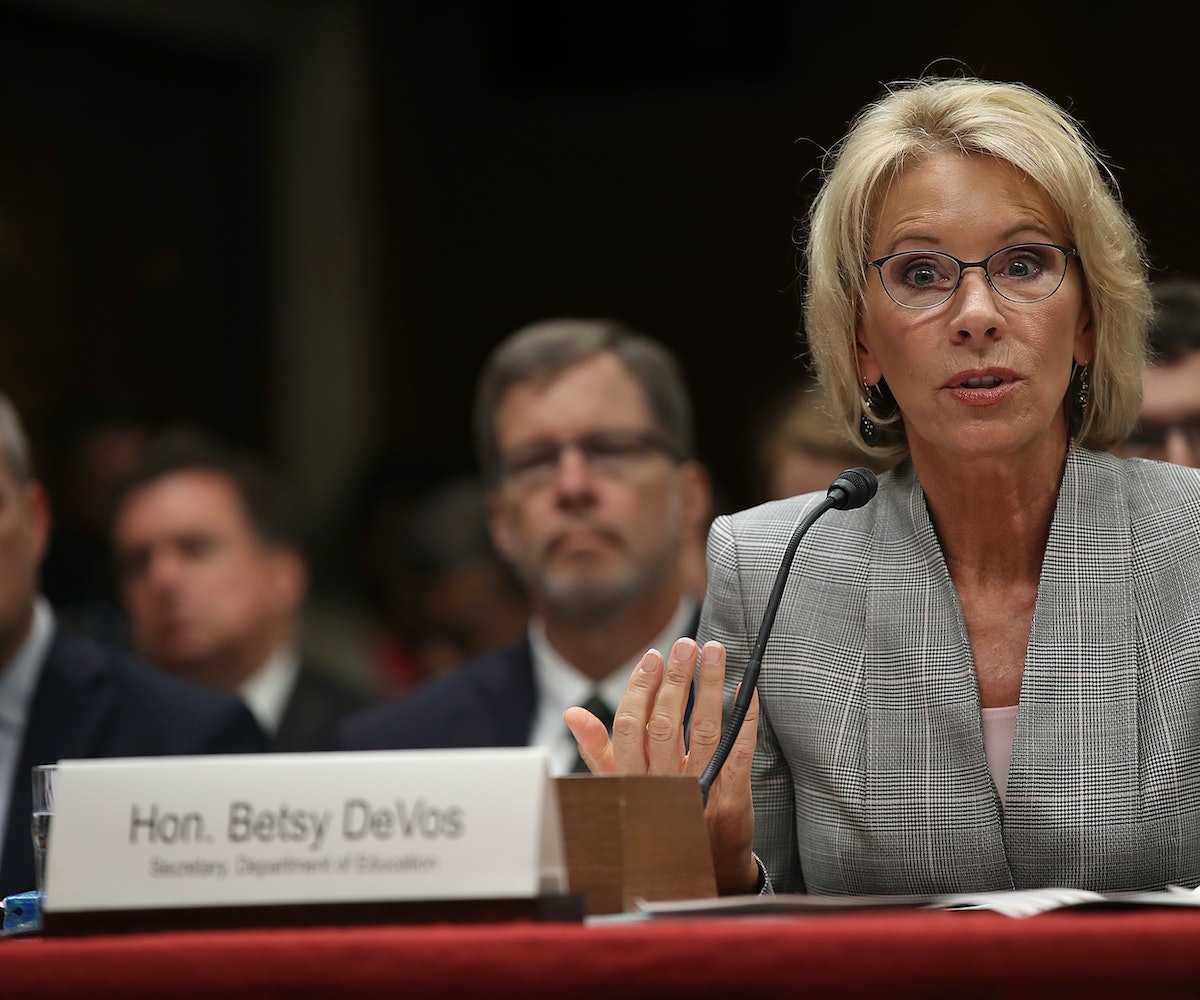 United State Education Secretary Betsy DeVos is getting ready to propose changes to school sexual harassment policies that would give more rights to the accused, according to a new report from The New York Times. This comes almost a year after DeVos announced her plan to rescind the Obama administration’s Title IX guidance on sexual assault occurring on campus.

Devos has previously sided with men’s rights activists who argued that Obama’s guidance was unfair to the accused and didn’t allow for “due process.”

“The truth is that the system established by the prior administration has failed too many students,” DeVos claimed in September 2017. “Survivors, victims of a lack of due process and campus administrators have all told me that the current approach does a disservice to everyone involved.”

Her proposals will also give more rights to the schools, mandating that they would only be responsible for taking action when harassment occurred within their programs or on the campus. The Obama administration’s rules required schools to investigate complaints regardless of the scene of the crime, which would include settings like off-campus parties.

In the new rules is a modified definition of sexual harassment, which would include only repeated and/or incredibly invasive allegations. Sexual harassment would be defined by them as  “unwelcome conduct on the basis of sex that is so severe, pervasive and objectively offensive that it denies a person access to the school’s education program or activity.” This would cover far fewer assault allegations than the Obama administration’s definition, which includes “unwelcome sexual advances, requests for sexual favors, and other verbal, nonverbal, or physical conduct of a sexual nature.”

According to The New York Times, these new rules will “have the force of law and can go into force without an act of Congress, after a public comment period.” It is also noted that, although this issue has been centered around college campus allegations, it also applies to elementary and secondary schools.