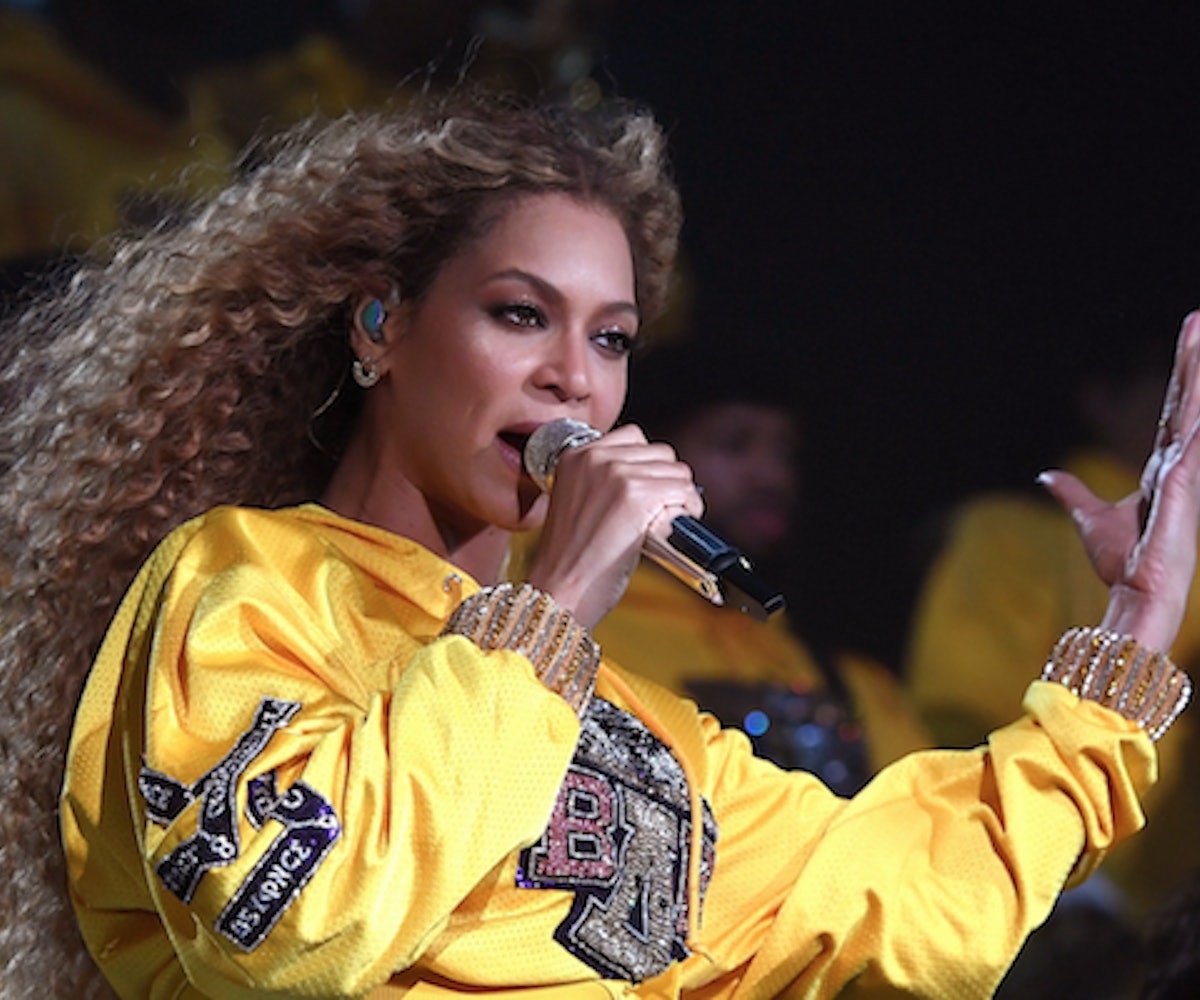 Beyoncé's Coachella performance last Saturday night had it all. Not only did Queen Bey make history, as the first black woman to headline the festival, but she brought out Destiny's Child for a mini-reunion and shared a heartfelt family moment with her sister Solange and husband Jay Z. If that wasn't enough for you, Bey is now using her massive platform from the weekend to give back.

Turns out, Beyoncé's college-themed performance during the festival was created for a bigger cause than just entertainment. The singer announced that four historically black colleges and universities (HBCUs) will receive $100,000 in scholarships thanks to her Homecoming Scholars Award Program. The program is part of her BeyGOOD initiative and will award one student from four schools, including Xavier, Wilberforce, Tuskegee and Bethune-Cookman, $25,000 for their 2018-2019 academic year.

This is the second year for a scholars program created by Beyoncé—last April, she established the Formation Scholars Awards Program, a merit scholarship program, in celebration of the one-year anniversary of Lemonade.

Her website notes that studies include literature, creative arts, African-American studies, science, education, business, communications, social sciences, computer science, and engineering. Students must maintain a GPA of 3.5 or higher, and finalists will be selected by the universities. Scholarship winners will be announced sometime this summer.

To find out more information, you can visit Beyoncé's site, here.