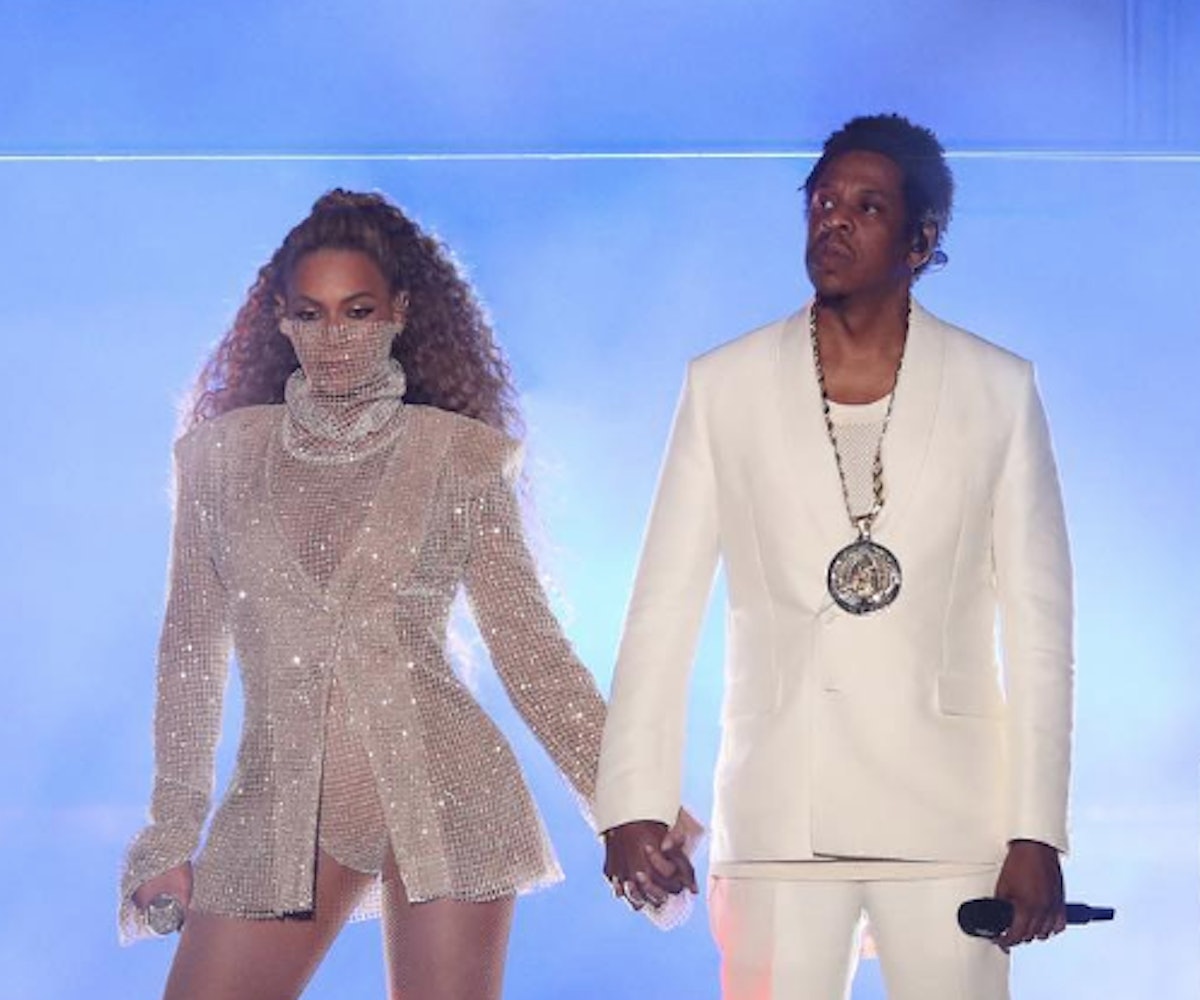 If you have yet to grab tickets to Beyoncé and Jay Z's new stadium tour, you may want to start saving some coins. The superstars kicked off their second On The Run tour in Cardiff, Wales, yesterday, and made headlines with their instantly iconic set. Not only did the two perform on a floating stage, but they entered the stage in the shadiest way possible: coming down an elevator.

The move is likely a reference to the infamous 2014 elevator altercation between Bey's sister, Solange, and Jay Z, during the Met Gala that year. Solange was rumored to have been fighting with Jay because he was cheating on Bey.

Along with making this noteworthy entrance, the couple shared never-before-seen photos of their twins, Sir and Rumi, during their set. Queen Bey nearly broke the internet last July when she shared the first photo of her twins on Instagram.

Considering that next week marks the twins' one-year birthdays, we hope the couple will continue to roll out more photos.

The On The Run II Tour will run through 15 cities across the U.K. and 21 stops in the U.S.