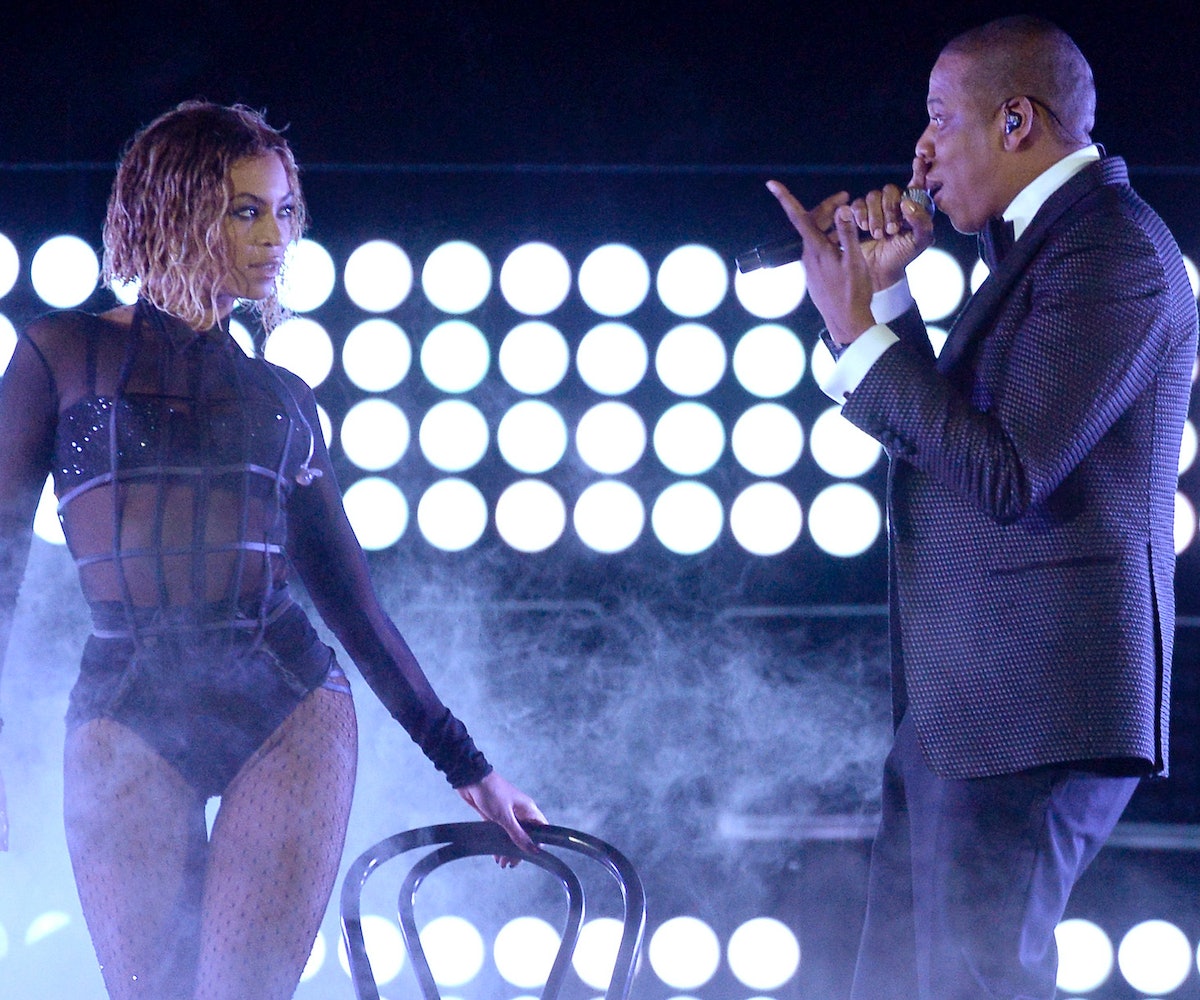 There were always rumors and sideways statements suggesting that Beyoncé and Jay Z—partners in music, marriage, and parenthood—would release a joint album. Yet, one never came. Now we may know why.

Obviously, the two smashed through several walls with their single “Crazy In Love” and ruled stages with their On The Run tour. It was during that world tour, according to Billboard magazine’s source, that the two had “nearly finished” a full album together. Why didn’t you get to hear it? The trusted industry publication’s insider says that Beyoncé’s label, Columbia Records, “wouldn't agree to the joint album.” So, yeah, as with so many awful things in the music world, you can blame executives for this one.

This doesn’t mean, however, that you never will. Another source tells Billboard that Columbia Records’ parent company, Sony, is “open to” working with Jay, who is obviously all wrapped up with Roc-A-Fella, Roc Nation, Def Jam, and Universal. It’s actually stunning, given the cash such an album would draw in, that anyone wouldn’t be into it—but, again, executives…

Meanwhile, rumors have been flying that Jay will release his own “response” album to Beyoncé’s political and, yet, very personal Lemonade. We’ll all have to stay tuned to see how both of these potential albums shake out.