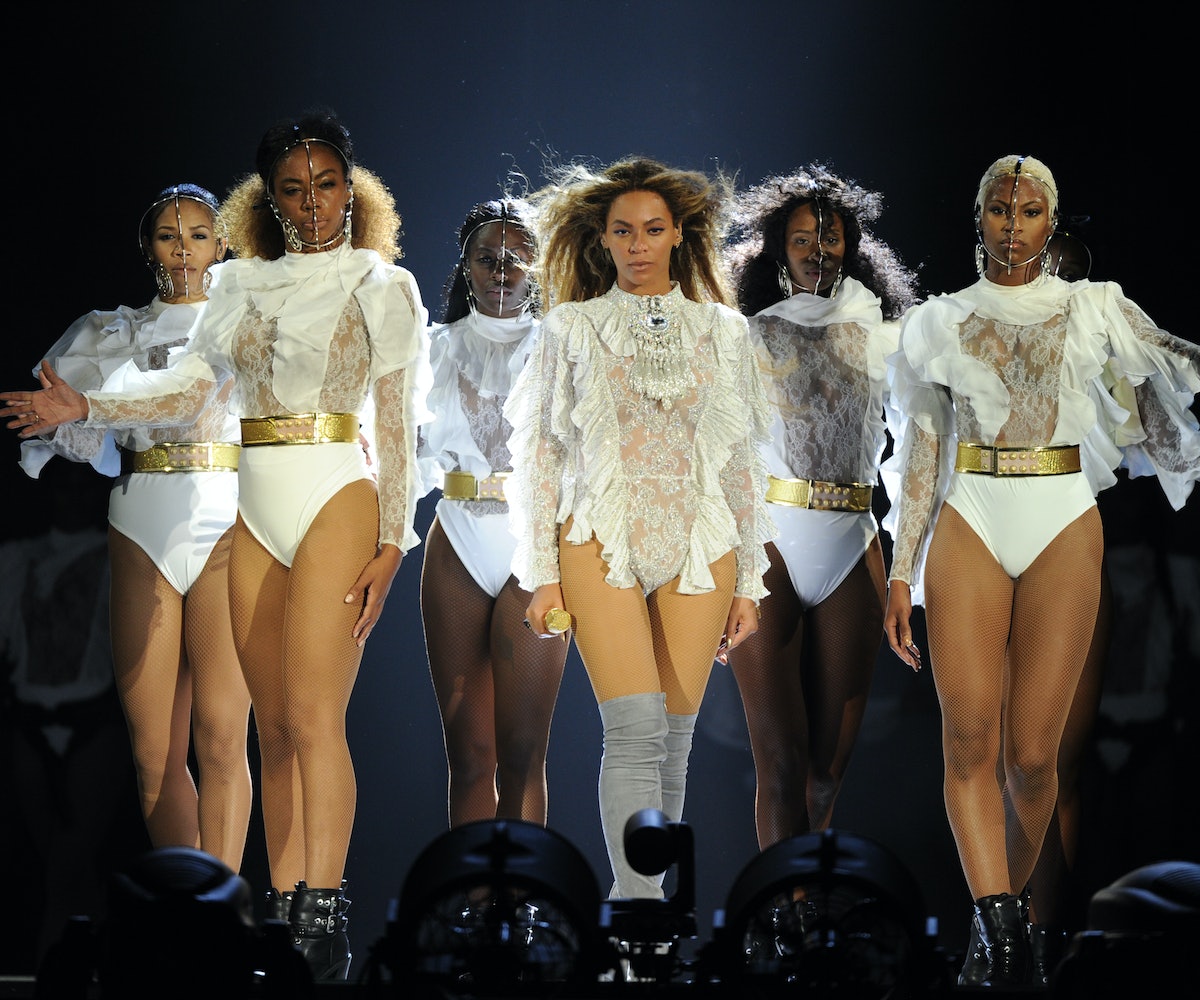 Beyoncé pulled out all the stops for the last leg of her Formation World Tour, which blew the roof off of MetLife stadium in East Rutherford, New Jersey, Friday night. The raucous crowd was peppered with celebrities like Zendaya, Tyler Perry, JaRule, Taylor Schilling, Frank Ocean, and T.I., who were treated to an epic performance packed with surprise guests.

First, Bey brought out Serena Williams, who expertly stunted on a throne, while the pop star launched into "Sorry." When it was time for "Drunk in Love," none other than Beyonce's partner in crime Jay Z stepped onto the stage, sending the crowd into an absolute frenzy. But all that was a lead up to the real showstopper, which went down during the encore and Kendrick Lamar emerged.

The rapper was on hand to deliver his knockout verse from Lemonade standout "Freedom," and boy did he ever, spitting absolute fire from the moment he stepped on the stage. The thunderous performance was capped off with Bey and Lamar splashing around in a pool of water, a spectacle worthy of two of the world's biggest artists.

When the music stopped, Beyonce said goodbye to the revelers with three simple words: “Until next tour!” We can’t wait.

Check out highlights from the epic Formation World Tour finale below.