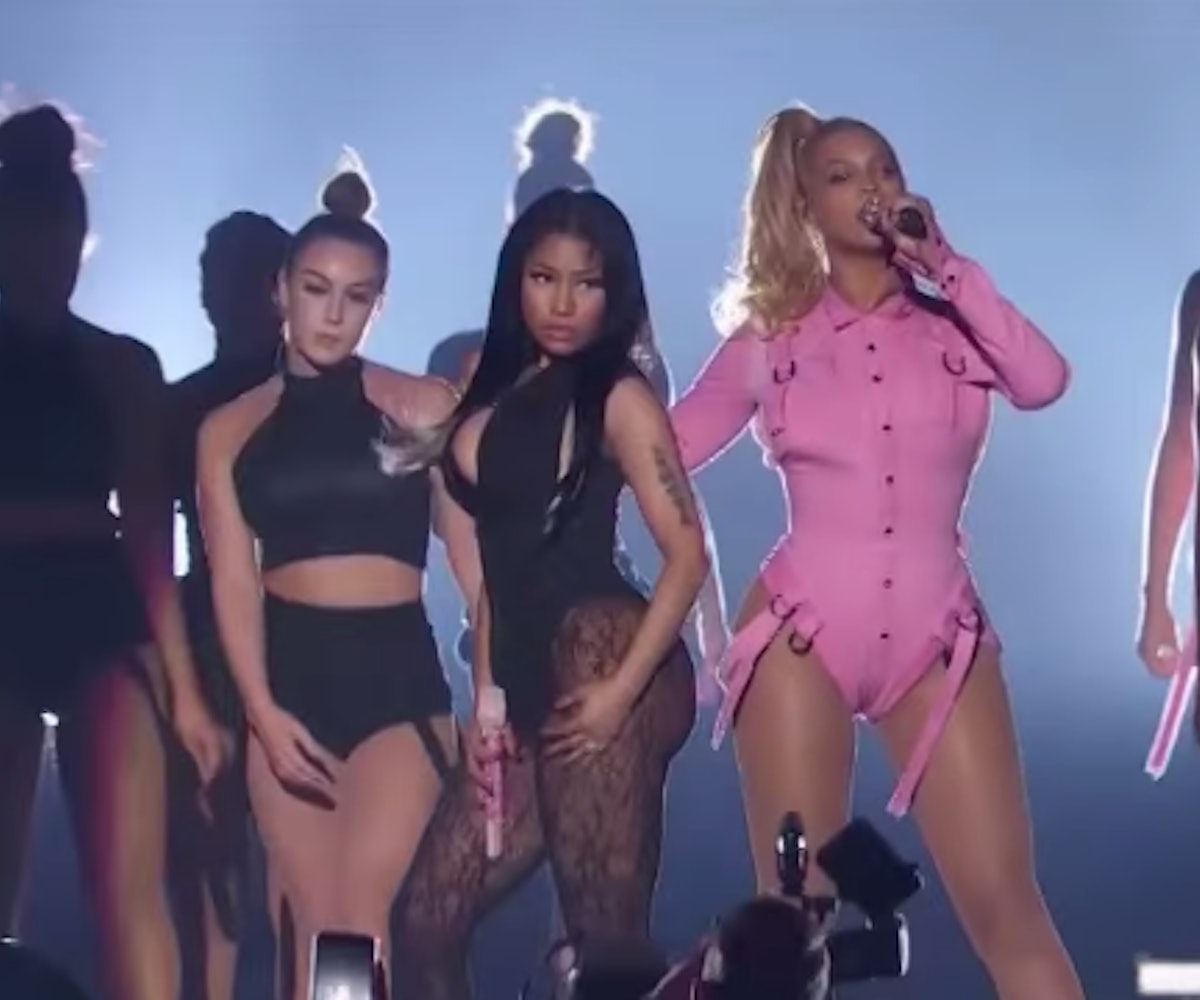 Last night, a murderer's row of some of the world's biggest musicians took over Brooklyn's Barclays Center for the Tidal X 10/20 charity concert. But after names like Lil Wayne, Usher, Rick Ross, Alessia Cara, Nick Jonas, and even Jay Z did what they do so well, Nicki Minaj and Beyoncé came on stage and did it better than all of them. Combined. As someone who was there, I can safely say that their first live performance of "Feeling Myself" was a case study in bringing down the whole goddamn house. Watch it above.