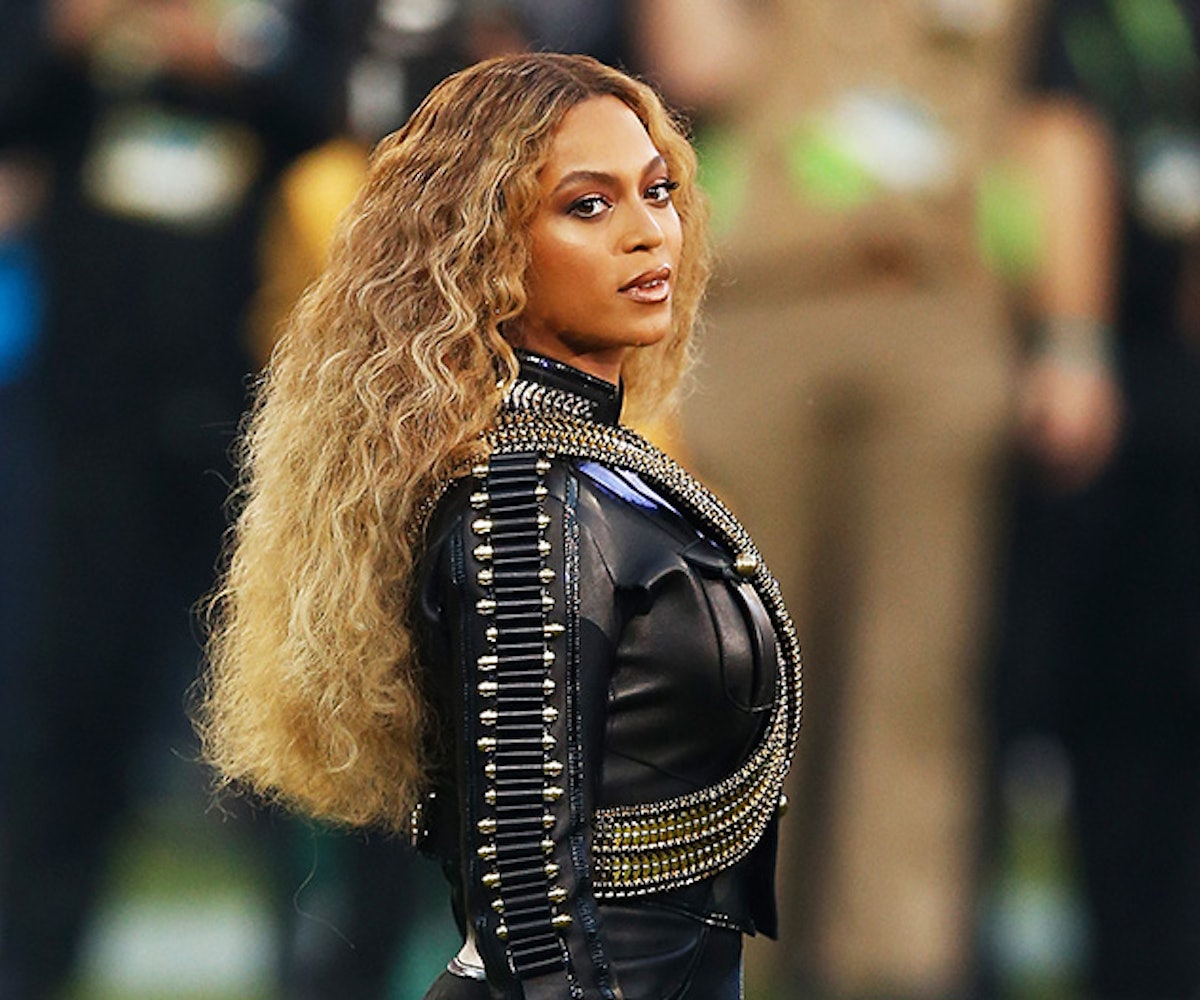 While the majority of us sat mesmerized by Beyoncé during this year's Super Bowl halftime show, there were some compatriots who would rather have not. Her performance of "Formation," backed by a troupe of female dancers dressed in Black Panther garb, did not sit well with some people. The FCC received enough e-mail complaints to fill 47 pages. Those complaints are now, for better or worse, available for everyone to read, consume, gawk at, and share. What a time. What a life!

As is with the case of most Internet comments, they're a choose your own adventure in grammar and spelling. The overall theme of the complaints is how vulgar Beyoncé's performance was and how dare the NFL support such a thing. One literally just said, "Beyonce performance during the super bowl half time show". Why yes! She did perform, but what of it? Huh?

Anyhow, you can read all the complaints here. Below, we've pulled out 10 and paired them with Beyoncé reaction GIFs, because sometimes that's what life calls for. Happy reading!

“Beyonce was making racist hand jesters during her performance during the super bowl half time show. Our group will be keeping track of this complant.”

“Up until last night, I was a fan of Beyonce. I am complaining about her Super Bowl performance for 2 reasons. The first is that I thought her attire was inappropriate for a family event (specifically the fishnet stockings and garter). Why is it that all of the women were scantily clad and the men were not? This was a horrible thing for my young daughter to see. I also oppose the message of her song/performance in that I think it will push more people to be on a witch hunt for police officers. If the main halftime performer and the 2nd one (Coldplay and Bruno Mars) performed their hits, why did Beyonce get away with not performing one of hers? Thank you.”

“After that half time show i would like to know how i can get back the money i spent on the get together i had not to mention my children was watching... all that game did was promote hate on white people, law enforcement and America!!!!!!! How is that even legal to have on the air... sick and tired of how racist black people can be towards white people and now on national tv, JUST SICK OF IT!!!!!”

“I feel that it was entirely inappropriate for an All Black Lives Matter preformance to be aired. This was not something that I appreciated nor did I want my grandchildren to see it. It was rehearsed, you knew ahead of time that it was an extremely racist message and you still aired it. Shame on you. All this is doing is stirring up more trouble and tension. Give it a break. Provide your own armed escorts to and from the game for your so called performers. Police lives matter and they have better things to do than to babysit a spoiled diva.”

“The SB half time show was a disgrace and offensive. It was vulgar, distasteful, and a slap in the face our military and law enforcement. It was not something I consider FAMILY entertainment. I am through with the Super Bowl and it's over paid, over hyped agenda. You can have it.”

“The Super Bowl half time show is supposed to be free of political propaganda. However after watching the super bowl half time show I am disgusted that Beyonces performance was allowed to be aired since it highlighted the Black Lives Matter movement, anti police and Black Panthers cause. These performers are supposed to be neutral and instead Beyonces performance ignited more hatred for the police and racism against non African Americans. If Janet Jackson can get in trouble for a wardrobe malfunction then the actions of Beyoncé should receive a far harsher punishment including being banned from ever performing in a Super Bowl halftime show again.”

“This garbage does not have a place on national TV . She can disparage America's police on her own time. Disgraceful !”

“The half time show for super bowl 50 was disrespectful, racist and ignorant. I was in shock that anything like this would even be approved for airing. Beyonce proved beyond a shadow of a doubt just how ignorant she is and I find it insulting that she was permitted to do so.”

“Beyonce used the word fuck at least twice during her supposed half time entertainment show. Certainly this is a prohibited word even by todays standards. There was no disclaimer or warning prior to this warning anyone of the gross vulgarity that I witnessed. Not a race issue. No one should be allowed to spew this filth on public airwaves.”

“i've never been compelled to right a complaint before until last night. i am a fan of beyonce. i am also white. i do not have a problem with beyonce taking pride in her race. or anyone else for that matter. but if any white artist was to perform a song anywhere, on any stage, about having pride in their race, there would be extreme backlash. and really, never in a million years would the people who run the super bowl ever allow that to happen on their stage that reaches over a 100 million viewers to begin with. but beyonce is allowed to sing a song about black pride surrounded by all black dancers, wearing all black, wearing black berets ala the black panthers, and talking about having all blacks get in a formation. that is the biggest double standard i have seen in my entire life and should not be anywhere on my tv. and then to end the halftime show talking about getting together and loving each other...but she started it by singing about black pride? how do you go from segregation to integration in one show and not look like a humongous hypocrite.”