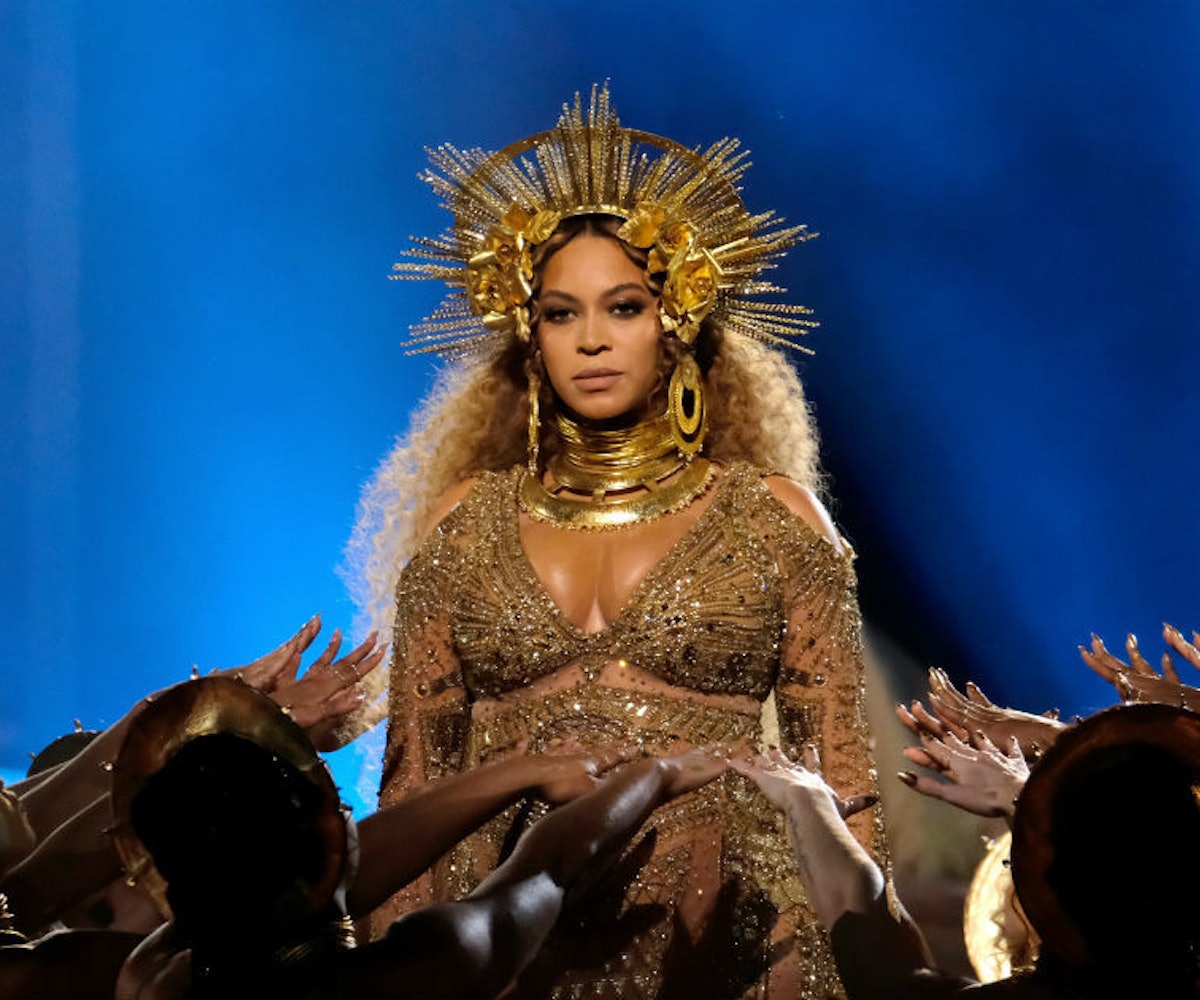 There have been some really, really good celebrity costumes this year. Rita Ora as Post Malone! Steven Tyler as your aunt who loves a good dollar store deal! But we’d be lying if we said we weren’t waiting for one star in particular to reveal her outfit: Beyoncé Giselle Knowles-Carter.

She goes all out every holiday, and this year was no exception. Continuing her streak of paying homage to ‘90s musical artists (last year was Lil' Kim), she decided to dress up as Toni Braxton.

Well, not exactly Toni Braxton, because Beyoncé’s version of the star goes by the name of Phoni Braxton, but you get it. She paid tribute by flawlessly recreating Braxton’s self-titled debut album cover look, complete with short cropped hair. “Sending love and adoration to one of our talented legends,” she captioned her photo on Instagram. “Thank you for the countless bops. Your tone, your beauty, your range, and your God-given talent is treasured. Loving you always. Have a Happy Halloween my Kings and Queens.”

Just as surprised as the rest of us, the real Braxton posted her reaction to Beyoncé’s costume on Twitter: "Phoni Braxton!? NEVER!!! How do you look better than me on MY album cover? I LOVE IT, Such a superstar! Thanks for the love sis!”

Now, will Blue, Rumi, and Sir be dressed up as other ‘90s singers? We sure hope so.

NEXT UP
Fashion
Olivia Rodrigo Wore A Sheer Slip Dress To The 2023 Grammys
Culture
The Cutest Couples At The 2023 Grammys
Fashion
Jenna Ortega Is The Face Of Adidas’ Newest Line
Fashion
Collina Strada & Vans Team Up For A Chiller-Friendly Collection
Style + Culture, delivered straight to your inbox.