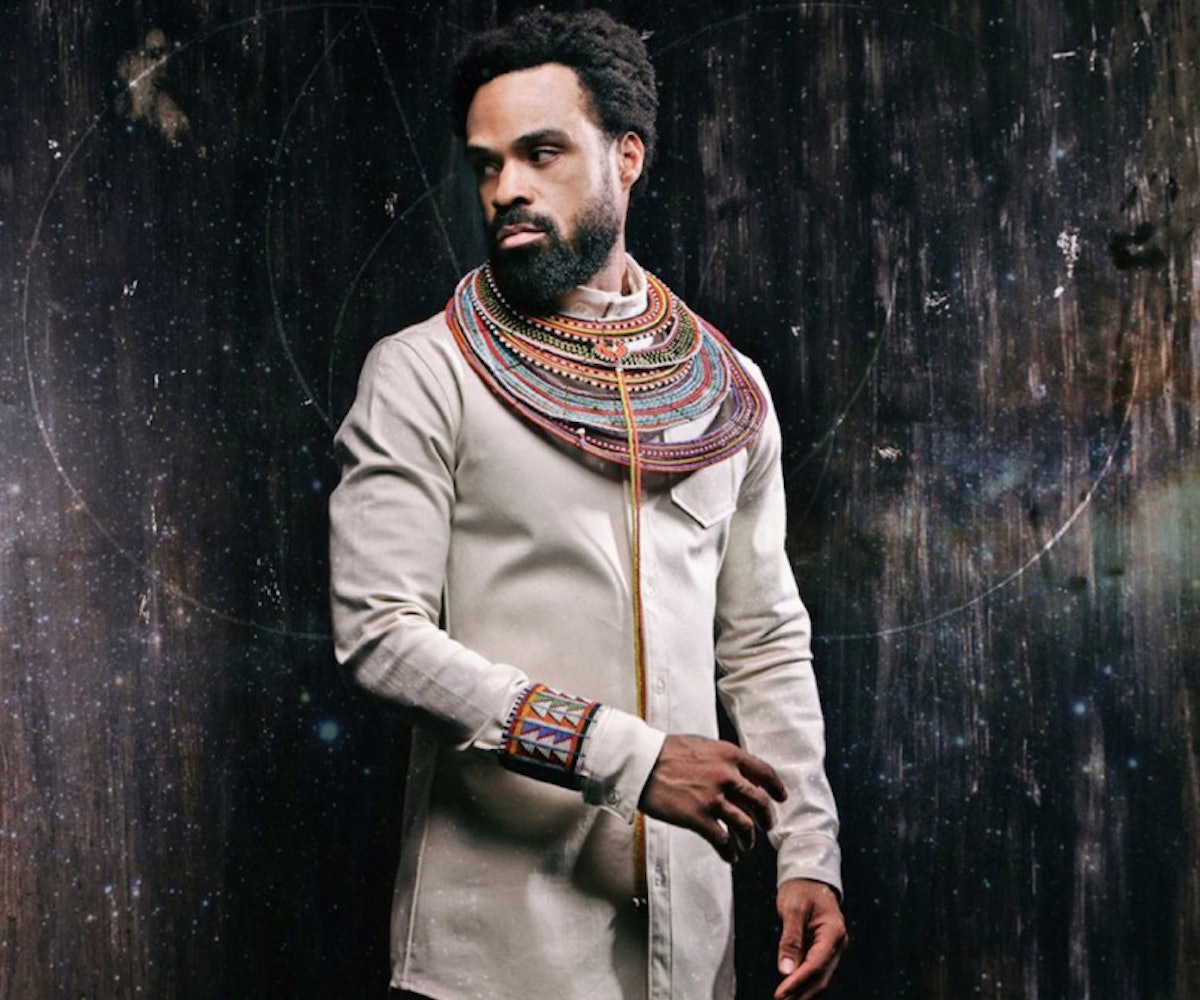 , a sociopolitical detour from 2013's surrealist ode to romance,

. The album, which features appearances from the likes of Kendrick Lamar, Kimbra, and more, touches on serious topics like police brutality (

) and the perils of wealth (the Kendrick Lamar collab "Money Over Love").

But Bilal, who's collaborated with Beyoncé and Erykah Badu, still knows how to have fun. In that spirit, we asked him to compose his ultimate summer playlist. "They are all nice, slow, and chill songs that are perfect for summer," he says. "There will be plenty of up-tempo songs for the summer, so now you have something more relaxing to choose from if you want to switch things up a little."

"Summer Madness" – Kool and the Gang

"This is such a classic sound. You know from the first few seconds what kind of mood you should be in. The instrumentals are so subtle, but their timing and the construction of the song makes it impeccable. Perfect for the summer."

"You can never go wrong with the Isley Brothers. This is what I remember the summer sounding like. It’s quite the throwback, but it should definitely be a part of your playlist."

"It’s a more mid-tempo feel that you can groove to. I think this song was ahead of its time in R&B, and Marvin’s simplistic vocals made it even better. It doesn’t matter if you're at a fancy restaurant or on a train with your significant other, you can’t help but to smile when you listen to this song."

"This kind of music had the ability to be so respectfully direct. People forget about songs like this, but even my friend, J Dilla saw the genius in this song when he sampled it."

"I can’t forget my boys. Just good vibes with this one. Laziness in the summertime is just a guarantee. Why not be lazy with someone you like? Only The Roots could make a song like this so honest."

"Back in the Day" – Erykah Badu

"This isn’t necessarily a romance song, but it’s not a playlist if Erykah isn’t included. It’s a great song to vibe out to, play in the park, clean your house to. Just a really nice song for hot weather."

"Miles was a great musician. What he brought to jazz was incredible. You have to have jazz on any summer playlist. No lyrics, nothing. Just pure musicianship. Pure talent."

"Give it All Your Heart" – Herbie Hancock and Patrice Rushen

"This song is full of changes, that’s why I love it. At first, you think you are getting a super-funky and trippy song, then it nicely transitions into R&B, and it just rides this nice wave of soul and funk for the remainder of the song. Plus the lyrics are great."

"This one of the most stripped-down songs that I picked. It’s kind of sad for the summer, but the control she has over her voice is just...I can’t describe it."

Now you have to throw in one of your songs.

"(Laughs) Oh goodness. The lyrics are pretty self explanatory. K.R.I.T. did his thing on this song, and it’s just a fun song. It has an old-school vibe about it, but with a modern twist.  Even if you are not a big listener of soul music, I think you can still enjoy it."