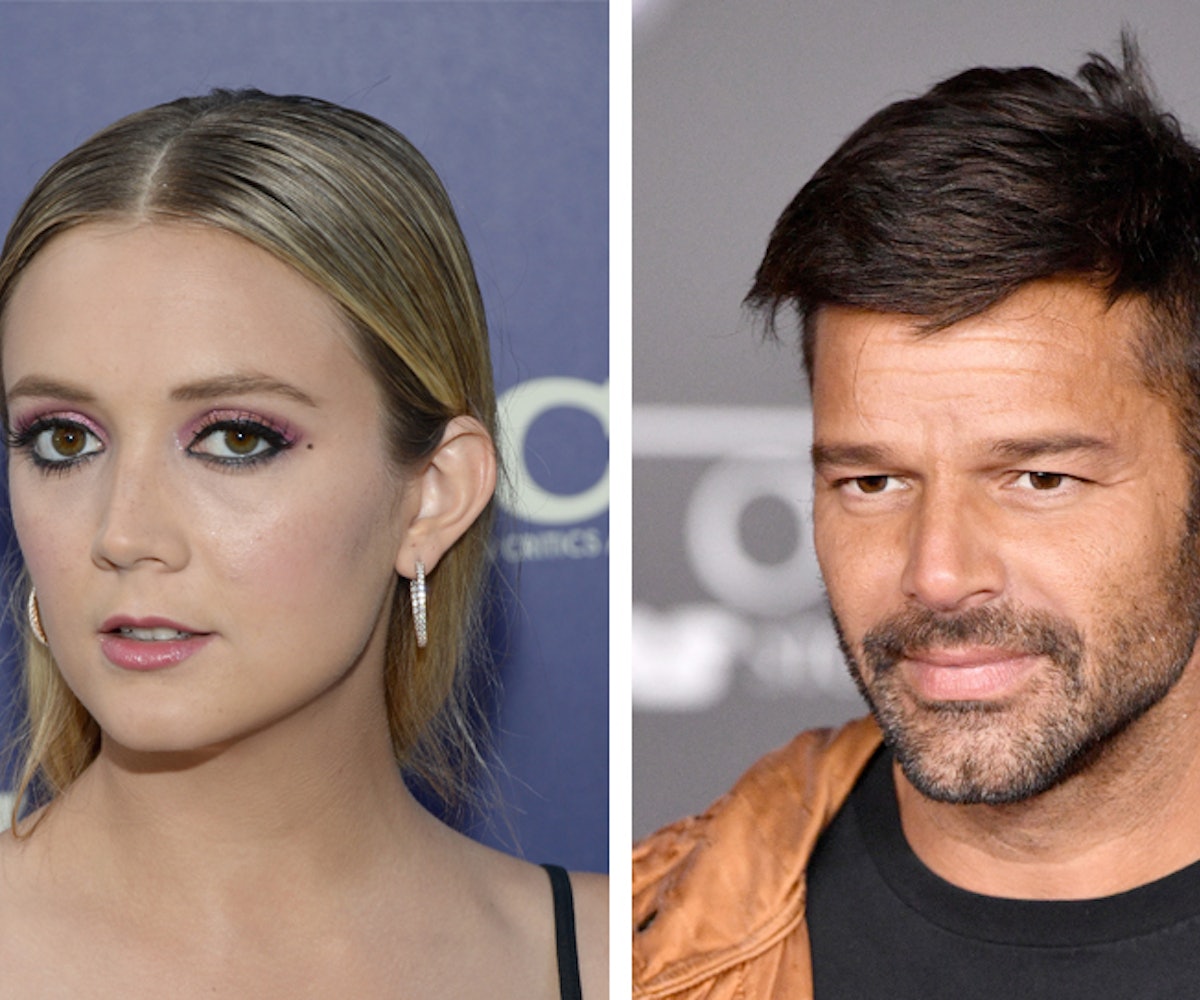 Ryan Murphy's universe continues to take over ours with more shows and bigger names. It was announced today that actress Billie Lourd is dipping her feet in another Murphy franchise, season seven of American Horror Story, and singer Ricky Martin is making his first, extended foray.

Lourd previously worked with Murphy on Scream Queens as Chanel # 3. Deadline reports that she will star in the upcoming season of AHS in an unspecified lead role. What is known, though, is that Murphy plans on exploring the American horror story that was the 2016 presidential race. Too soon? Who knows anymore. Lourd joins Murphy regulars, Sarah Paulson and Evan Peters, along with newcomer Billie Eichner, in the season.

In a rather surprising turn of events, Martin is slated to flex his acting muscles on Murphy's other show—how many are there again?—American Crime Story. He joins Édgar Ramirez, Penelope Cruz, and Darren Criss in Murphy's retelling of Gianni Versace's murder. Audiences will have to wait a whole season to catch him on the small screen, though. The second season, which focuses on Hurricane Katrina, will air first. This is Martin's second time working with Murphy; he previously guest-starred on Glee. La vida, according to Murphy's current docket, is truly loca.