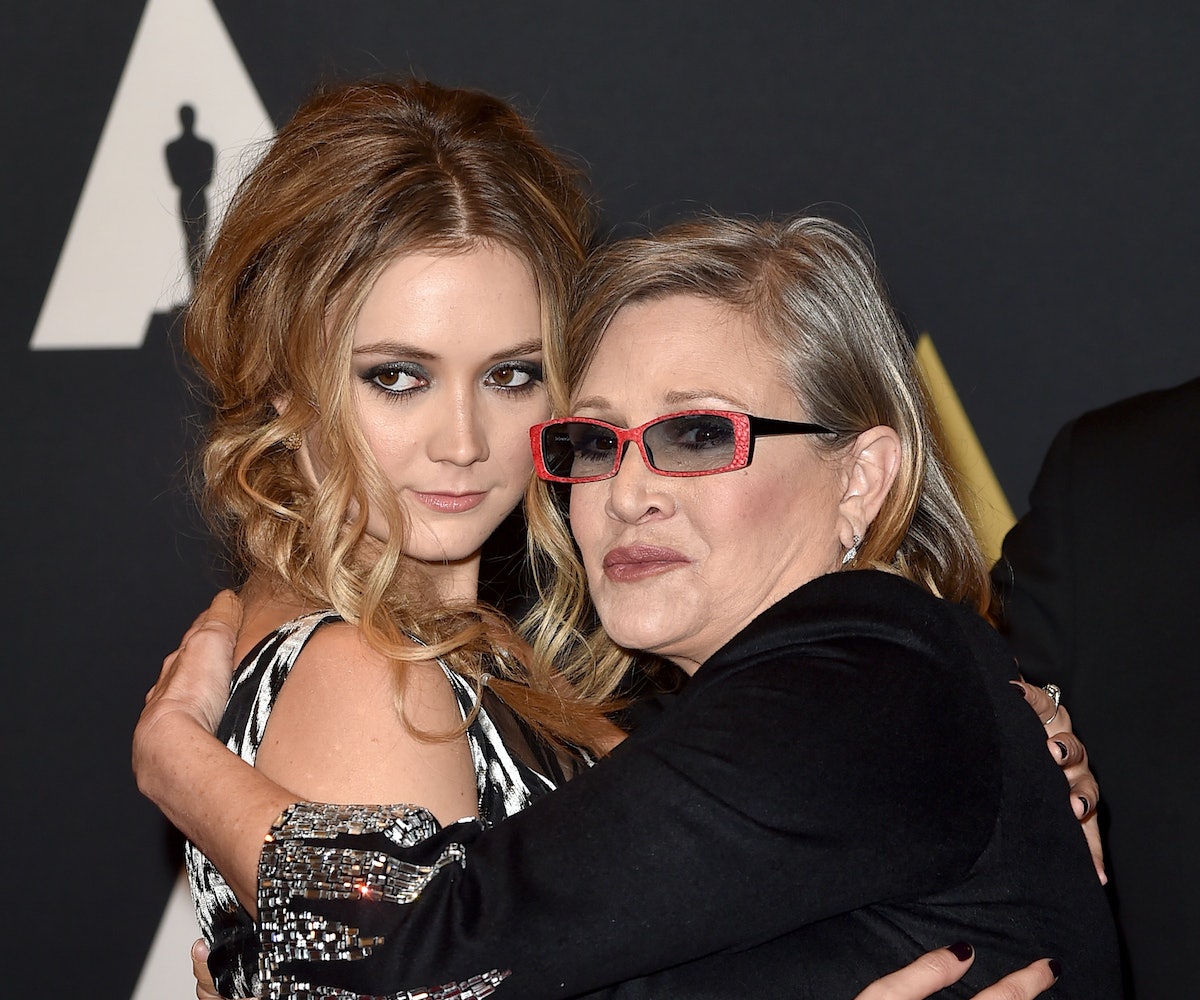 Billie Lourd has finally broken her silence, after last week's death of her mother, Carrie Fisher, and grandmother, Debbie Reynolds, who passed away just one day apart. Friends, family and colleagues of the two Hollywood icons publicly mourned their loss over the weekend, but Lourd decided to grieve in private. Until now.

On Monday, the Scream Queens actress posted a heartfelt message to Instagram, in which she thanked everyone for their "prayers and kind words over the past week," which have given me strength during a time I thought strength could not exist." The note is accompanied by a photograph of Lourd with her mother and grandmother, taken when she a child.

"There are no words to express how much I will miss my Abadaba and my one and only Momby," lourd continued. "Your love and support means the world to me."

The actress will attend this week's joint funeral service, after which Fisher and Reynolds will be buried side by side at Hollywood Hills' Forest Lawn Memorial Park.

In past interviews, Lourd hasn’t shied away from discussing her Hollywood lineage, and even joked about being referred to as “Carrie Fisher’s daughter,” telling Seth Meyers that her grandmother preferred a different moniker. “She wants people to call me ‘Debbie Reynolds’ granddaughter.’ Pure said. “It’s very offensive to her. She does not like to be cut out — not at all.”