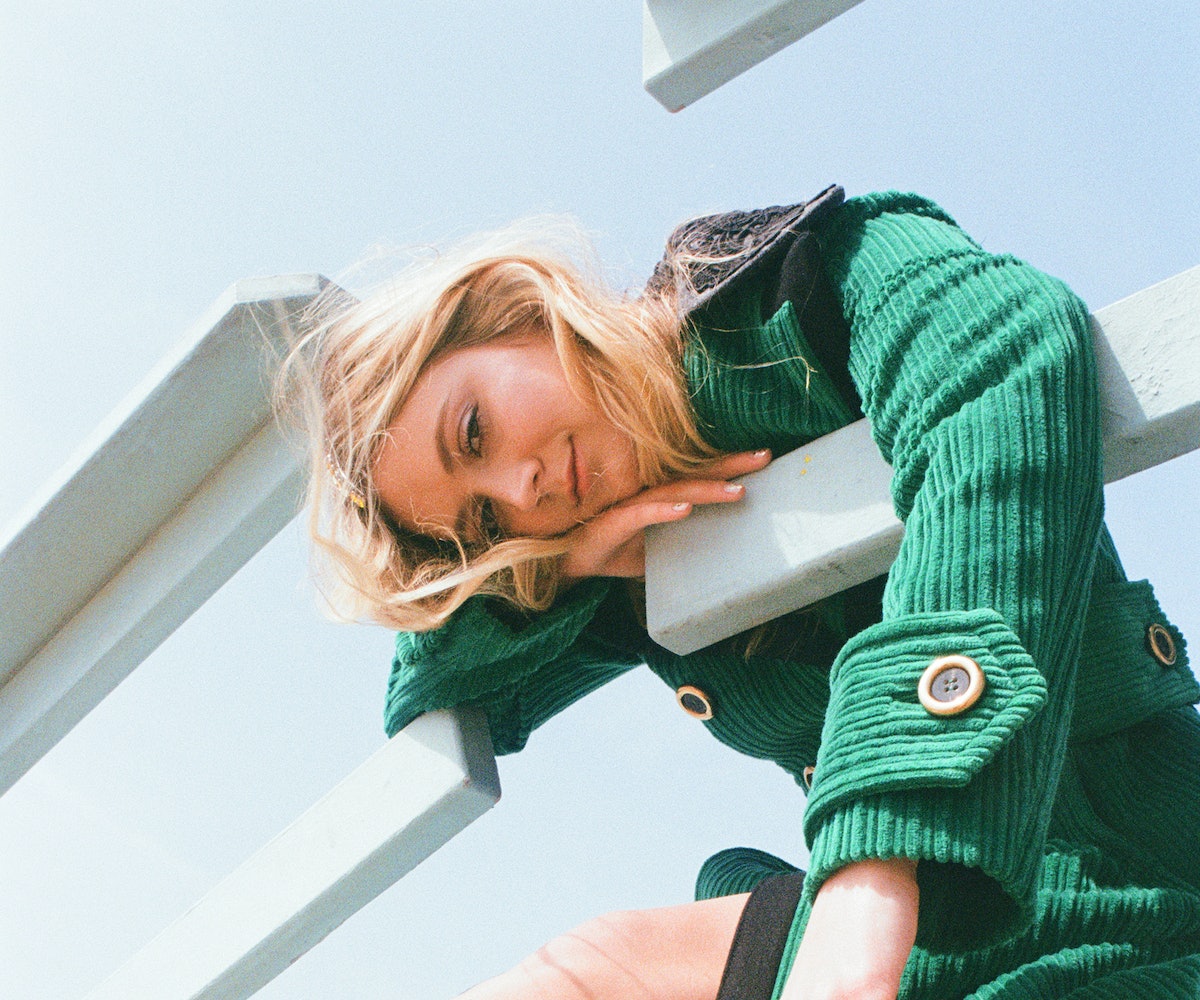 On a warm day in Marina del Rey, California, Billie Lourd poses for the camera, her picture-book flowy blonde hair wrapped in a pink fishnet stocking. “I feel most comfortable when I have some weird thing on my head,” she says with a laugh post-shoot. First it was braided buns as Lieutenant Connix in Star Wars: Episode VII - The Force Awakens, a nod to her mother Carrie Fisher’s iconic hairstyle as Princess Leia. Then it was bejeweled earmuffs as Chanel #3 on the campy sorority-horror series Scream Queens. For her latest project, though, she’s making a clean break from quirky hairdos and headgear.

In between preparing for Scream Queens season two and shooting the forthcoming Star Wars VIII—where she “has more to say” and won’t be “Where’s Waldo-ing around this time”—Lourd landed the role of Rosanna in the remake of the 1987 classic Billionaire Boys Club, appearing alongside her TV co-star Emma Roberts and heartthrob Ansel Elgort. Even though a feature-length drama is new territory for the 23-year-old California native, the character isn’t exactly foreign to her. “It’s kind of similar to Chanel #3 in that she’s in love with love and is a free-spirited flower child,” she explains. “[Filming] was kind of like a party every night—we were dancing, sweating, breaking trees, and doing things you do at 4 am”