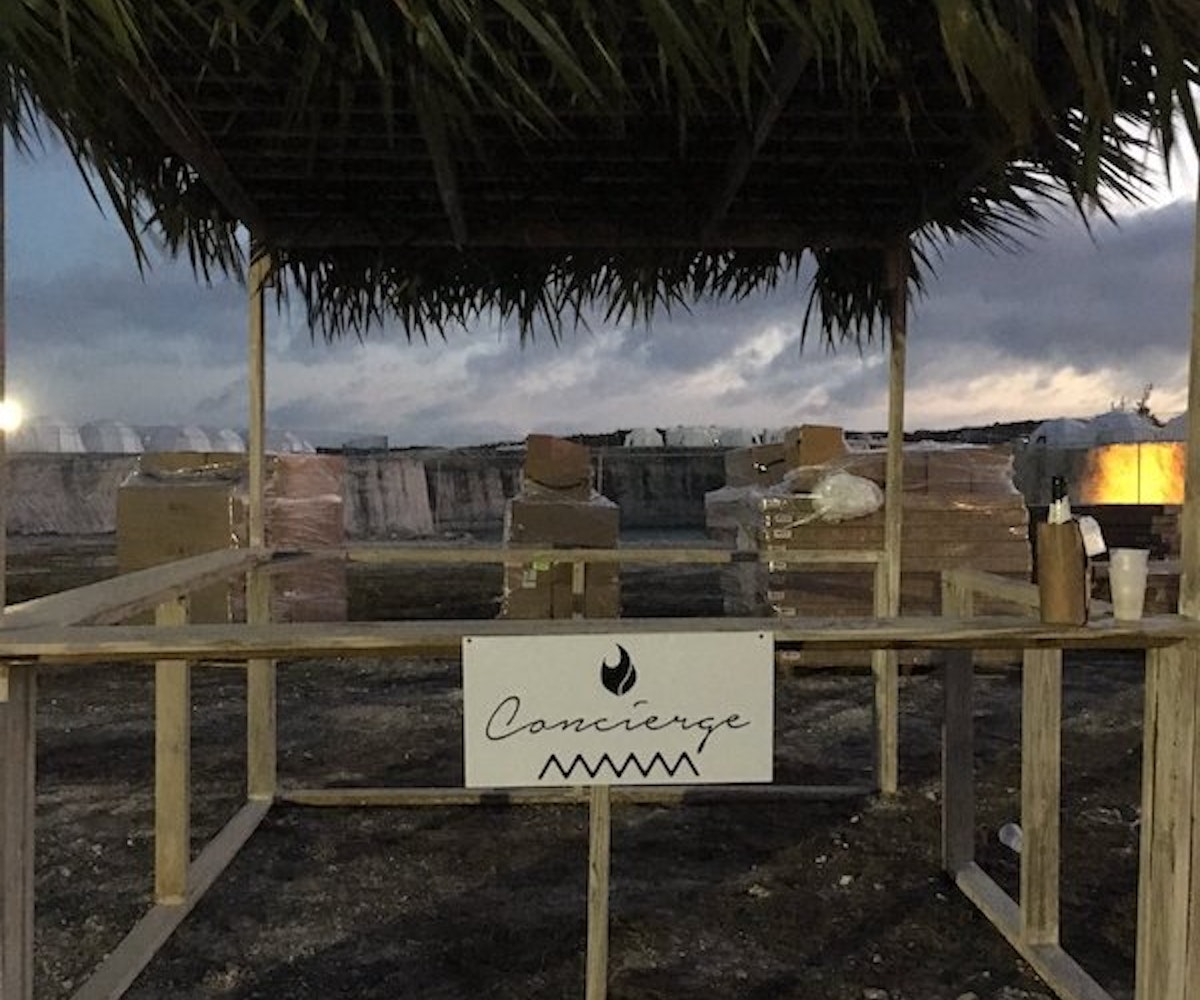 Billy McFarland is a 25-year-old entrepreneur who also happens to be the head of Fyre Festival, aka our obsessive schadenfreudian reading for the past 24 hours. Although the web is rife with accounts of people trying not to be stranded on an island, or stuck at the airport, or handed cheese and bread when they expected gourmet food, it's really the statement released by McFarland (and, also, his cohort Ja Rule: "this is NOT MY FAULT ... but I'm taking responsibility") that have driven home just how truly insane this entire thing is. It seems McFarland clearly still has no idea what actually happened, the consequences of his actions, or that he’s at fault for anything other than being “a little naive.”

You can read McFarland's entire statement on Rolling Stone, but what it boils down to is almost unbelievably bananas. Basically, he and Ja Rule flew some old planes, ran out of gas, and landed in the Exumas in the Bahamas. McFarland likes the "ocean and, for some reason, rap music" (his own words), so he thought it'd be hella tight to have a music festival on the islands. But, as McFarland learned, throwing a festival is harder than throwing up a post on Instagram.

In his statement, McFarland says, "The Exumas didn't have a really great infrastructure... There wasn't water or sewage. It was almost like we tried building a city out of nothing and it took almost all of our personal resources to make this happen... We thought we were ready and built two different festival sites. The morning of the festival, a bad storm came in and took down half of our tents and busted water pipes."

Based on accounts from festival-goers and people who worked for Fyre Festival, it looks like nothing was ever really constructed in full, which makes McFarland's statement about existing infrastructure seem misleading. Though there was never much built in the first place, there was an enormous amount of time, energy, and money poured into advertising. Just check out the festival's Instagram to see a painfully curated selection of images and videos designed to make a Coachella queen's heart go pitter-patter. Even the last six posts, uploaded during and post-disaster, are far from acknowledging the reality of what happened: On the outside, the images are sleek and blend in seamlessly with the rest of the page's aesthetic. Only when you click on them do you see messages about getting people off the island and that refund information is coming soon. Oh, and comments have been disabled.

Add on top of everything all the spokesmodels McFarland had promoting what was supposed to be a luxury, Instagrammable experience—Kendall Jenner, Gigi Hadid, Hailey Baldwin, Chanel Iman, Emily Ratajkowski, and others—who are now facing backlash for being complicit in something that many people are calling a sham. It's hard to tell whether or not that's true. McFarland seems to chalk this all up to inexperience, but this wasn't a project that fell apart at the last minute due to some gosh-darn-it bad luck and stormy weather: This was an event that was being planned for months, and yet, there seemed to be little awareness that the plug could and should have been pulled long before anyone got anywhere near a plane, let alone a cheese sandwich. Certainly, there was a lot of intense, calculating planning going on—it just all went toward creating an illusion in splashy ad campaigns. Something tells us McFarland preferred to make promos with models rather than, say, make sure stages got set up.

Was it really naiveté that prevented this festival from happening, or the fact that the people on the top didn't actually care about making it happen?

McFarland closes his statement by saying that there will be makeup dates in May 2018, which will be free for anyone who signed up for the festival, and that $1.50 per ticket will be donated to the Bahamian Red Cross. That's far from heartwarming knowing that tickets cost thousands and damage was done to the island, its tourism industry, vendors, employees, and people still waiting for refunds. It's easy to laugh about this happening to a bunch of rich kids—Twitter's certainly having its fun with that—but surely there were a lot of people who saved up for a nice vacation and lost out on cash they didn't deserve to lose.

In absence of taking responsibility and issuing an apology, McFarland closes by ensuring everyone that Fyre Festival 2018 is going to be great. "It'll keep the theme of being on water and beach. It'll be not just music, but all forms of entertainment. The one change we will make is we will not try to do it ourselves. We will make sure there is infrastructure in place to support us."

Are you sure that's the one change you need to make?