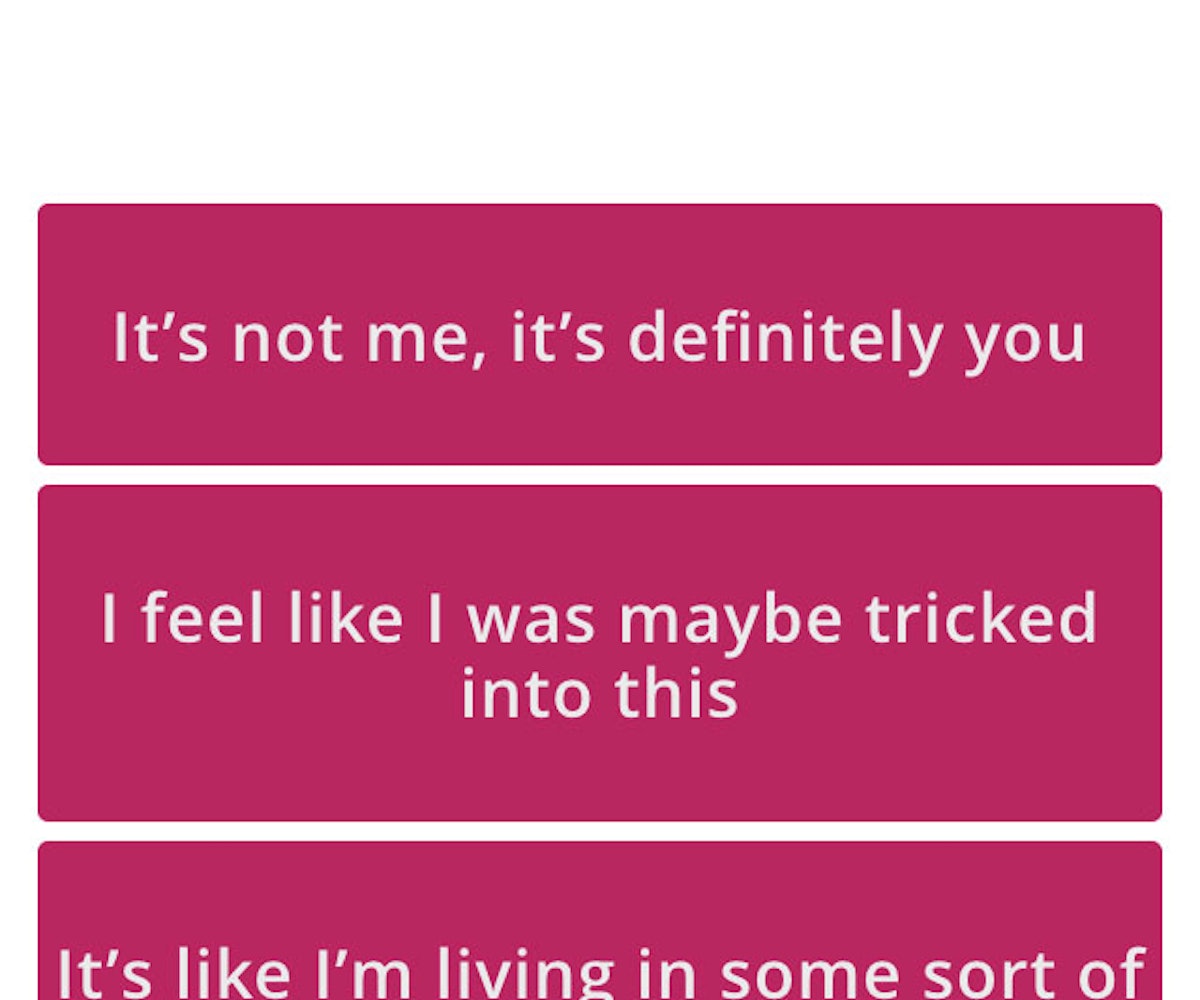 Someone one said that breaking up in person is the worst way to breakup with someone. Their reason seemed simple: You set a time and place, get dressed up, and meet all in the name of ending a relationship. But putting in all that effort is a thing of the past: Now, you can just say what you're going to say in a text.

The story seemed silly at the time—insensitive even—but it was told in jest at a storytelling slam. Well, the story's a reality and there's an app to prove it. Sigh. So. Much. Sigh.

It's called Binder. Tennet Lager, the app's creator, clearly based the name off Tinder…and a trash bin. (Because that's where all exes go, right? The trash?) Anyway, the app "makes [getting rid of your ex] just as easy [as finding someone online]." It asks the gender of your soon-to-be ex, their name, phone number, and even has the option to upload their photo(!), a nice touch. There's a portion where you select an excuse, too. And when all is said and done, you swipe them away—literally! The binned person will receive a text soon after. And, according to Cosmopolitan, a phone call from a European fellow singing how much the ex "sucked." Tasteful? Not in the least bit.

Take our advice: Save some face and do it in person. It'll make a better human out of you.

NEXT UP
Life
I Tried BeReal, But Was I “Authentic” Enough?
Entertainment
Harry Styles Is Bringing Harry's House On Tour
Entertainment
Olivia Rodrigo, Phoebe Bridgers & More Speak Out About Abortion Rights
Life
Margot Robbie Could Replace Johnny Depp in Pirates of the Caribbean