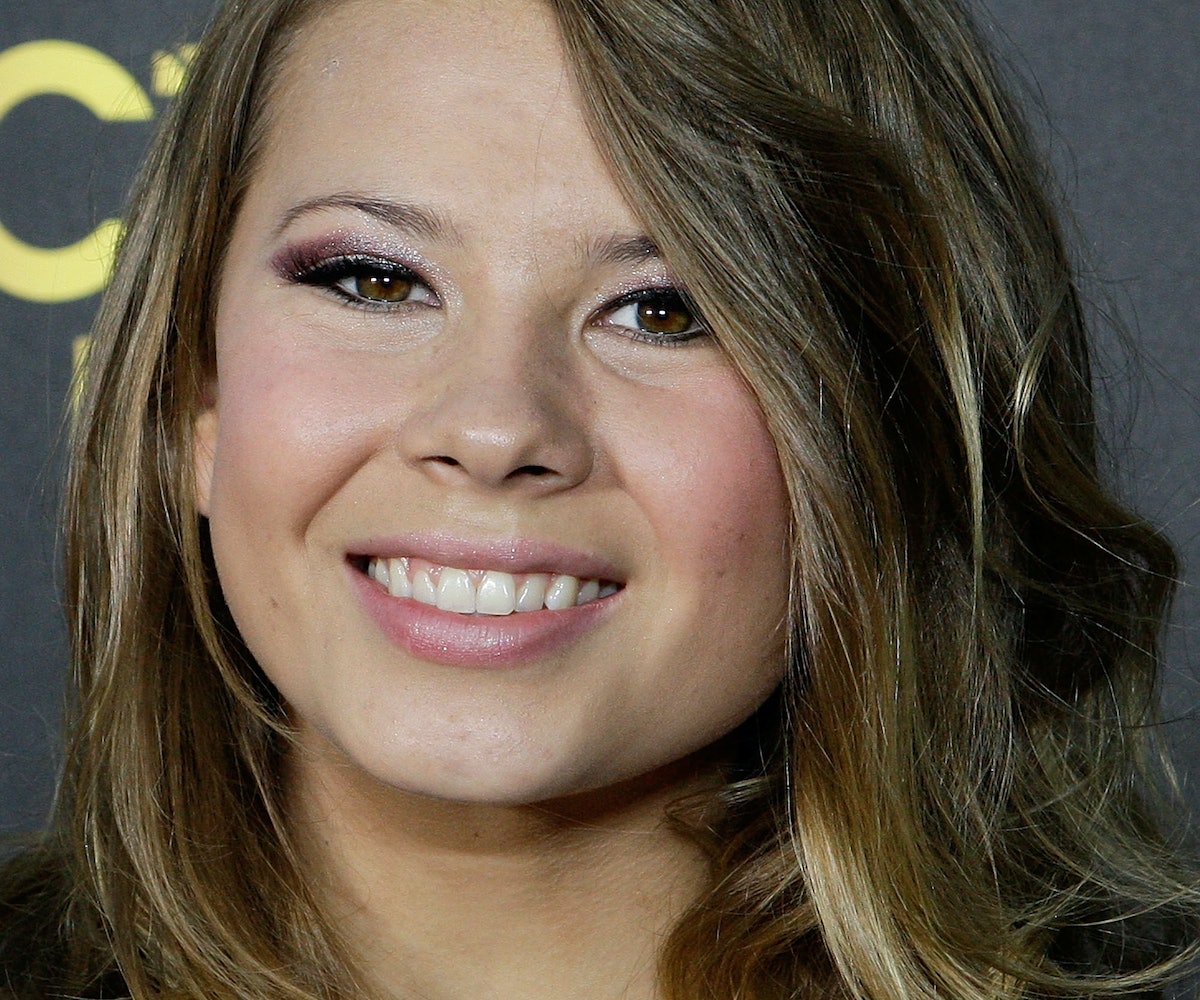 When she was eight years old, Bindi Irwin lost her famous father, Steve Irwin, when he was killed by a stingray during the filming of a wildlife documentary. Amidst the tragedy, however, Irwin has been steadily growing up to be an optimistic and lovely young woman. Most recently, she covered Sunday Style magazine.

The 17-year-old, who hosted her own show, Bindi's Bootcamp, on Netflix back in 2012, incredible on the cover. In an interview with the magazine, she opened up about her late father, saying, "After losing Dad, there was the idea that none of us have forever. It really affects you. It makes you want to live each day as if it's your last." She also talked about her boyfriend, a wakeboarder named Chandler Powell: "I feel lucky to have him in my life."