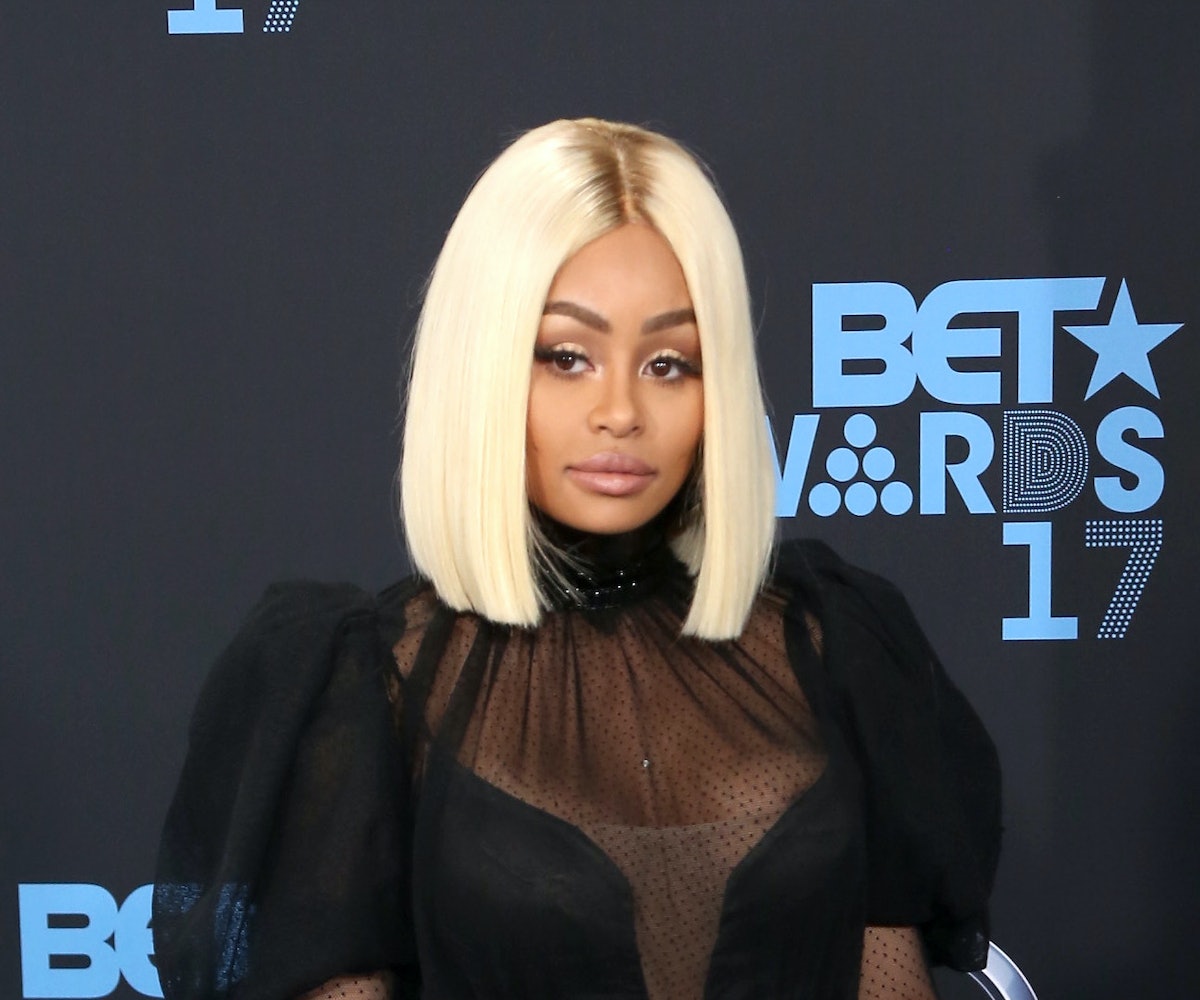 Have you managed to unplug from social media this summer? Are you completely oblivious to the latest Kardashian drama? For one, please disclose the location of the dark hole you’ve been hiding in for the past week; we want in. For two, here’s a brief explainer because you're bound to hear about it… eventually.

Last Wednesday, the only Kardashian son, Rob, went on a very drawn-out Instagram “takedown” of his former girlfriend and mother of his child, Blac Chyna. In the posts, he called out Chyna for doing drugs, not caring for their daughter Dream, cheating on him, and her bouts with plastic surgery and revealed a lot of other details about their relationship and Chyna herself. The drama was already hard to keep up with, but Rob took it to new vicious heights when he chose to post explicit images of Chyna.

“I was devastated, of course," Chyna said when asked how she felt about the leaked photos. “I’m like, How could somebody, like, post these pictures of me? And I’m like, Wow, okay. This is a person that I trusted. I just felt… betrayed."

It was also announced that Chyna will officially be filing for a temporary restraining order against Rob. “The moral of the story is, like, he doesn’t respect me,” she says. “So if you can’t respect me, you have to respect the law.”

She goes on to address the long-standing rumor that she used Rob to seek revenge against the Kardashians. “That’s not even my character," Chyna said. "I see all these things on the internet and I never address it because I’m the bigger person. Robert came at me… I was already Blac Chyna before the Kardashians.”

The full interview will air during Nightline tonight.

NEXT UP
Fashion
Kali Uchis Stars In H&M Studio’s Glamorous New Spring Campaign
It Girl
Madison Bailey Is Embracing The "Elegance" of Being in Her Mid-20s
Culture
13 Valentine’s Day Gifts Under $100
Beauty
“Birthday Makeup” Is Sparking A Battle of The Sexes On TikTok
Style + Culture, delivered straight to your inbox.