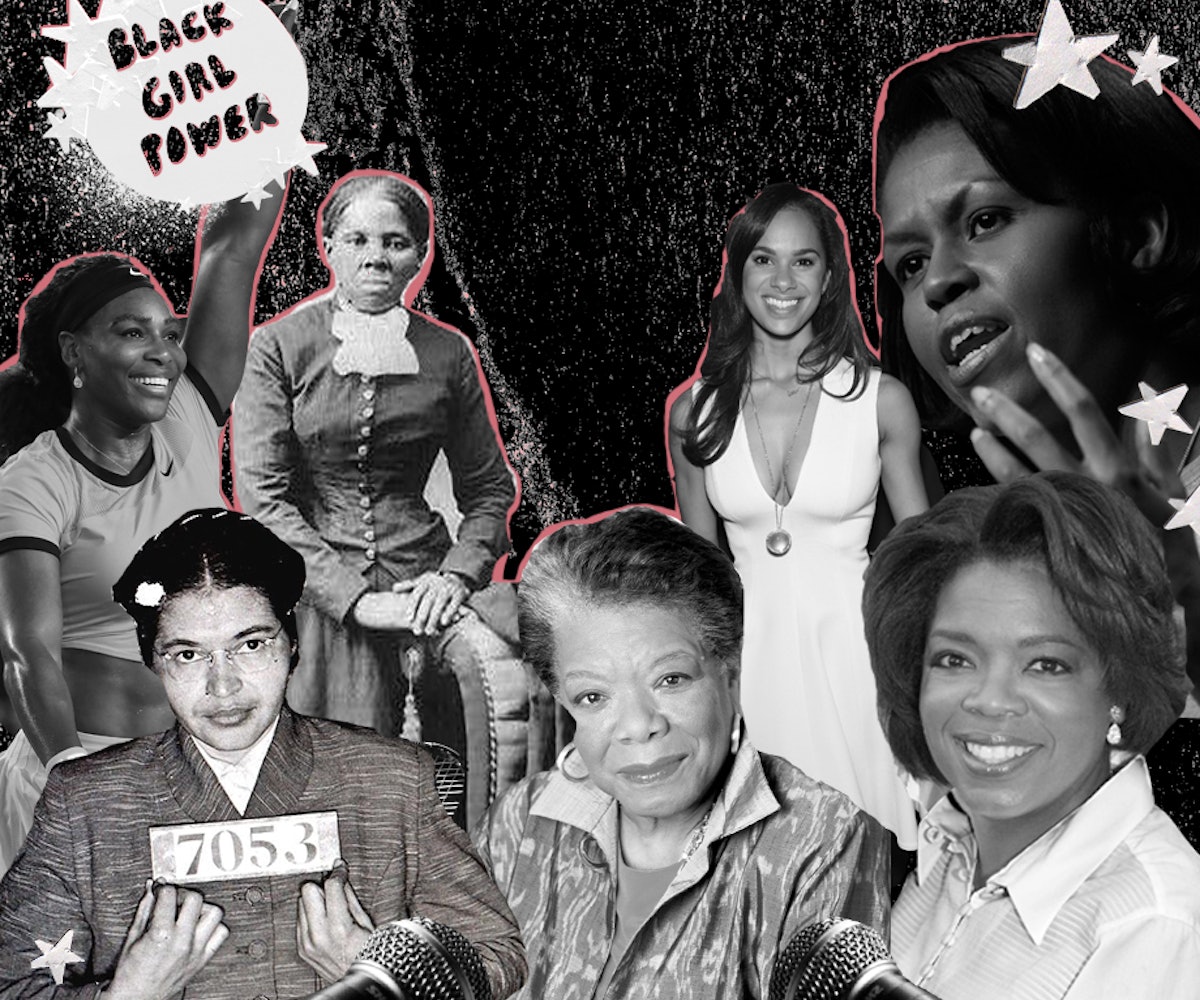 In the poem Phenomenal Woman, Dr. Maya Angelou writes “I’m a woman / Phenomenally. / Phenomenal woman, / That’s me.” At first glance, the piece celebrates the joy of being a woman, but I have always interpreted it as a testament to black women. For as long as I can remember, I always wanted to be a writer—early on, my mother introduced me to the works of women like Maya Angelou and Toni Morrison. As I grew older, I became increasingly more fascinated by Angelou's and Morrison's personal journeys, yet constantly wondered why I was learning more about them (and others like them) at home rather than in school.

I have previously written a piece on what it's like to attend PWIs, but regardless of my age, teachers continued to recycle the same four topics regarding black history over and over again: slavery, abolition, segregation, civil rights. Within those topics, the only figures covered were Harriet Tubman, Rosa Parks, Martin Luther King Jr., Malcolm X (only as a direct negative contrast to King), and finally, President Barack Obama. As the month of February loomed, there was always a sense of dread in the back of my subconscious because every Black History Month was always treated the same—secondary. It was a curriculum requirement that had to be checked off once a year so the bare minimum of effort could be exerted.

Depending on your educational environment, attitudes regarding Black History Month vary, but many of you I'm sure have probably overheard or participated in a conversation when someone has said a version of "Black people don’t deserve to have an entire month dedicated to them." (My clapback was always "Excuse me, I'm sorry, but what about all of those whitewashed U.S. History, World History and English classes? We wouldn't need February if you accurately depicted and included us in subjects to begin with.") You have to know where you come from to know where you're going, and while it is important to look back on the past and acknowledge those that paved the way for each generation that came after them, we should also recognize those continuing to carry the torch.

This year, a few weeks before February officially hit, I began thinking of ways to celebrate Black History Month here at NYLON. From the beginning, I knew that I wanted to highlight accomplishments of young black women spanning various fields. Since NYLON regularly covers popular culture, it made sense to include people that fit this demographic, but what about everyone else? ALL black women deserve to be celebrated and admired. (News flash: There are other BW besides Beyonce, Rihanna and Nicki Minaj doing dope shit! That said, don’t you dare knock them down.) It was possible to feature them all—artists, activists, musicians, entrepreneurs, students, journalists, models... 29 days, 29 women, or so I thought. I pitched the idea to my team in an edit meeting. "Maybe it's too ambitious to do a spotlight every day," I began to say before my boss cut me off. "No, that's exactly what we should do," she replied. Everyone in the room nodded in agreement, and then we brainstormed how we could make my idea come to fruition. As Morrison once said, “If there's a book that you want to read, but it hasn't been written yet, then you must write it.”

Today, I am proud to present Black Girl Power... The Future Is Bright. Throughout the month of February, a spotlight series will be running to showcase the stories of phenomenal black women who have accomplished and are accomplishing remarkable things. These mini profiles outline who these women are and how each of them found their career path. I also asked a few personal questions, questions that I have also struggled with. Originally, the goal was to feature one woman every day, but I received more than 29 responses.

Black women deserve to be celebrated 365 days of the year (366 in 2016 because of Leap Day). We at NYLON hope this series will inspire everyone to believe in the power of #blackgirlmagic. It is an honor to share these different perspectives that came out of deep soul searching. This is for the girls that know their worth and continue to shine, even when society wants to keep them in the shadows. We see you.

You may write me down in history

With your bitter, twisted lies,

You may tread me in the very dirt

If you or someone you know would like to submit a story, please pitch us at hello@nylon.com!