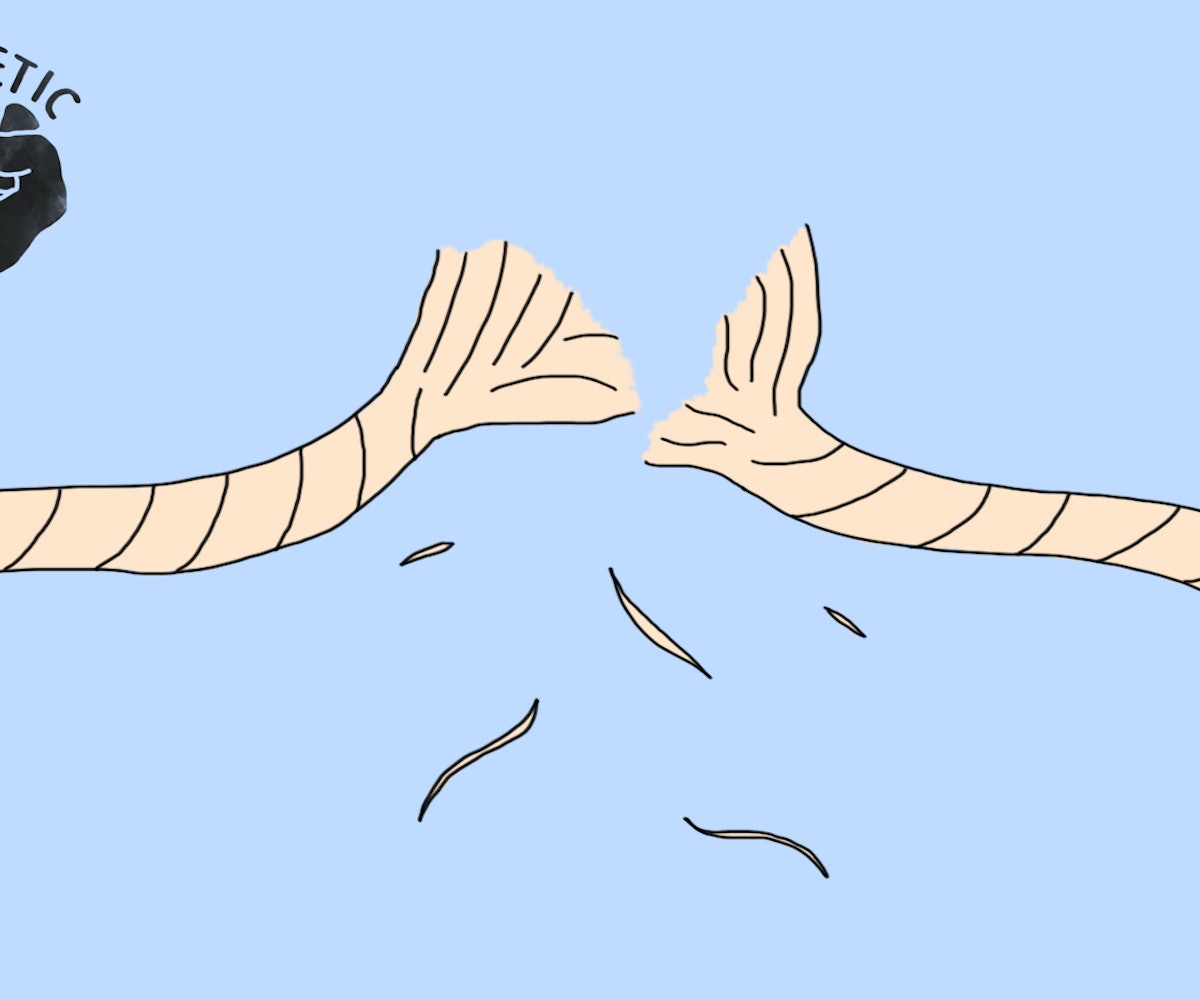 When we think of a magician, it is often a caricature that the mind conjures: a mysterious looking man outfitted in a suit and a cape, usually sporting an obnoxiously dapper top hat in which he is sure to be hiding various animals and tricks. When asked to meditate on the founding fathers of the field, names like Harry Houdini or Herrmann the Great might spring to mind; they were pioneers of their craft and also of European descent. In fact, the majority—if not all—of the historically recognized magicians are white men. Of course, historic underrepresentation is not surprising and, unfortunately, even expected. As a black woman, I navigate the societally accepted version of the past knowing that it is often inaccurate and always far from complete; it's deeply cratered with informational gaps and untold stories of the marginalized. Knowing this, I look at the world suspiciously, making a puzzle out of the past that seems to already be accounted for, writing and solving to create a more complete story.

My path toward the secret history of black magicians was accidental. After stumbling upon a 2014 NPR interview with Kenrick “ICE” McDonald, the first and only black magician elected President of the Society of American Magicians in the organization's 114-year history. In the interview, McDonald meditates for a moment on the history of black American magician, saying, “We have a rich history that a lot of people don't know about.” At the end of the six-minute-long interview, my curiosity was piqued. For the next few weeks, I dug around, looking for whatever I could find on the people behind this rich history in which McDonald had found a home. But information was hard to come by; it was barely archived online or in books. Yet I did manage to gather a small ensemble of historic figures—made up of magicians, illusionists, and performers—who helped shape not only the world of magic but also that of black culture with their work and impressive talents.

It is fair to say that magic has always existed. Long before it was confined to sly party tricks and Vegas Strip extravaganzas, the idea of magic was responsible for answering some of the many questions about the vast uncertainties in the world. Everything from the existence of stars and fire to the mysteries of the moon and ocean was understood as being a result of magic, of the unexplained.

Today, science has answered many of the questions that we once had, but the concept of magic is still broadly used today, with the word itself containing many definitions. Magic now encompasses those things which we think are beyond the human realm, like the paranormal, and also those which are all too human, like the skillful trickery evident in a practicing magician's sleight of hand. Interestingly, these two definitions are bridged only by those who practice magic, since, by mastering the skill of magic, they can manipulate the world as they see fit. Historically, for black magicians and illusionists, this type of mastery was not just about performing awe-inspiring tricks, but rather it was rooted in a drive for survival.

During the early 19th century, the foundation of modern-day performance magic was built. Most performances focused on illusion and endurance feats, such as disappearing acts, escapes from positions of confinement, and elevated techniques in sleight of hand. In 1849, inspired by the sudden wave of magicians, a slave by the name of Henry “Box” Brown mailed himself via a train rail from Richmond, Virginia, to Pennsylvania and, as a result, into freedom. Brown's impetus to escape is a tragic story: After having spent years paying his master to keep his family intact, Brown's three children and pregnant wife were sold. It was then that Brown pledged to escape. Corresponding with James A. C Smith, a free black man, and Samuel A. Smith, a white shoemaker, he was able to form a plan. After 27 hours on the rail, ferry, and wagon, Brown was delivered into freedom. After his harrowing journey, Brown went on to tour as a leading abolitionist speaker, author, and performer, traveling in Europe and the U.S performing magic and displaying his moving, handcrafted anti-slavery panorama under his stage names, “Professor H. Box Brown” and “African Prince.”

Heralded as one of the first known black magicians, Brown set a tone that many black entertainers, past and present, have honored: using the stage as a platform for resistance and truth. During a time when performance magic was being used solely for entertainment, black magicians used the trauma and suffering created by slavery to speak to something larger; magic became a symbol for the liberation. Years after his escape to freedom, Brown commented on the risk of his journey, writing, "If you have never been deprived of your liberty, as I was, you cannot realize the power of that hope of freedom, which was to me indeed, an anchor to the soul both sure and steadfast.” Magic represented something more than just a performance to Brown; it was the key to his own personal spirit and survival. Like all art forms touched by the hands of the marginalized, performance magic was transformed into something greater than it inherently otherwise was. Guided by his pain, cunning, and resilience, Brown created a door into a limitless future, and he held it open for those who would follow.

Over the next few decades, a handful of other black performance magicians gained attention as well, the most notable being Benjamin Rucker. Rucker was born on June 8, 1889, in Amherst, Virginia. Growing up amid the same tobacco farm scenery that Brown did, Rucker lived a life under racism and prejudice. After seeing his first magic show as a teen, Rucker left his home and became an apprentice under a touring white magician dubbed “Prince Herman.” Together the two traveled across the South performing illusions and selling self-patented pharmaceuticals. When Prince Herman died, Rucker, who was only 17 at the time, adopted his name in honor, calling himself “Black Herman.” Now solo, Black Herman continued to tour using the fundamentals taught to him by his mentor while incorporating aspects of rootwork and other spiritual practices into his shows. Without the protection of his mentor’s whiteness, Black Herman’s audiences shrunk and he was denied entry to white establishments and audiences. But once he started performing for all-black audiences, Herman was able to create and explore new acts that spoke to the culture and history of his people.

One of Herman's major influences was hoodoo, a blend of spiritual practices carried over from various tribes and regions of West Africa to the U.S during the transatlantic slave trade and changed over time by language and the influence of western religions. Practiced mostly in secret amongst slaves, the first archived hoodoo spells date back to the early 19th century, the same time mainstream performance magic took off. Focused more on spiritual manipulation and guidance rather than the measured tricks and illusions that performative magic of the time used, hoodoo spoke to the other side of magic that many performers ignored, the unknown and intuited. Herman's addition of folk and cultural practices like astrology and divination, made him gain quick popularity. But despite this popularity, Herman was often met with backlash. Many black Christian felt his acts were works of evil, influenced and overseen by the devil. Fellow magicians looked down on him, apprehensive about his methods.

In 1910, Black Herman made his way to Harlem, New York, where he was heavily influenced by the philosophies of Marcus Garvey and Booker T. Washington. Increasingly, he began to incorporate messages of black pride and activism into his shows. Now more established, Herman was able to play to mixed crowds in the North where his heavily ancestral-influenced act was loved by white audiences for its “exotic” and “dark” nature. Herman used this to his advantage, generating more buzz around his show while collecting a bigger profit and capitalizing on the superstitions of his audience. Eventually, Herman hired Madame Debora Sapphirra, a black American actress, as a psychic and assistant for his show. Together, they designed Herman’s most popular act: Black Herman’s Private Graveyard. The act was simple. After being proclaimed dead by a local doctor who was in on the act, Herman would be buried in front of a large crowd. After the crowds dispersed, Herman freed himself and left for a new city or town to perform the same trick for a new crowd. The act, perhaps an homage to Brown, allowed Black Herman to roam as a man seemingly free from all types of restrictions, even death itself. For days, even weeks at a time, he would spend his time dying in one city and resurrecting in another until, ultimately, Herman suffered a heart attack and died on stage during one of his shows. Because of his rumored immortality, his death went unbelieved for weeks until he was buried publicly in his “final act,” during which fans were invited to view his body and even poke him with a pin to see if he was truly dead.

While a few black men seemed to find fame and notoriety in the realm of performance magic, only one known black woman did. Ellen Armstrong, born in 1914, became the only known touring black American magician of her time. Raised in an artistic household, she took  to the stage from a young age, performing at her father’s magic show as his assistant at the age of six where she showed “strong psychic ability.” By her teens, Armstong had a small act of her own in her father's show where she combined her skills as a cartoonist with her psychic predisposition. In 1939, her father died, prompting Ellen to take control of his how. Solo, Armstrong toured extensively, a feat for a young woman—especially a woman of color—to do on her own at that time. While her craft was composed mostly of general magic, her art and humor enlivened audiences for 31 years until her retirement.

Despite the relatively small number of stars magic created in America’s black community, their influence remains undeniable. From music and literature to visual arts, magic and its practitioners permeated the black culture and the arts. Several musicians, inspired by the extravagant decorations and costumes used by magicians, incorporated them into their own acts. Notable performers like Screamin’ Jay Hawkins, and later Sun Ra (who was named after Black Herman), incorporated the worlds of hoodoo and the unknown into their music. By crafting personas, outfits, and stage designs that entranced fans, the first black magicians demonstrated how it was possible to transcend the boundaries of the racist society into which they were born. Writers like Henry Dumas and Toni Morrison created worlds steeped in the otherworldly, spinning their own ancestral spells through language, abolishing and redefining tropes like The Magical Negro. Black magic became such an important influence in black culture because, by embracing the unknown, black magicians had offered hope to people who had long had an uncertain future thanks to a country which exploited and marginalized them. This continues strongly even today, when we see blackness and magic merge in the realms of technology and imagination (think #BlackGirlMagic and memes); magic still functions as a platform, an ever present and timeless stage where black people can resist and defy the limits set upon them, ultimately creating their rules for how to live.

NEXT UP
Beauty
This Viral Black Honey Lipstick Dupe Is Only $5
Entertainment
19 Niche Music Festivals For Every Type Of Person
Entertainment
Boygenius, LCD Soundsystem & Steve Lacy Are Headlining A Summer Concert Series
Entertainment
Chloe's "Pray It Away" & 9 Other New Songs Out This Week
Style + Culture, delivered straight to your inbox.