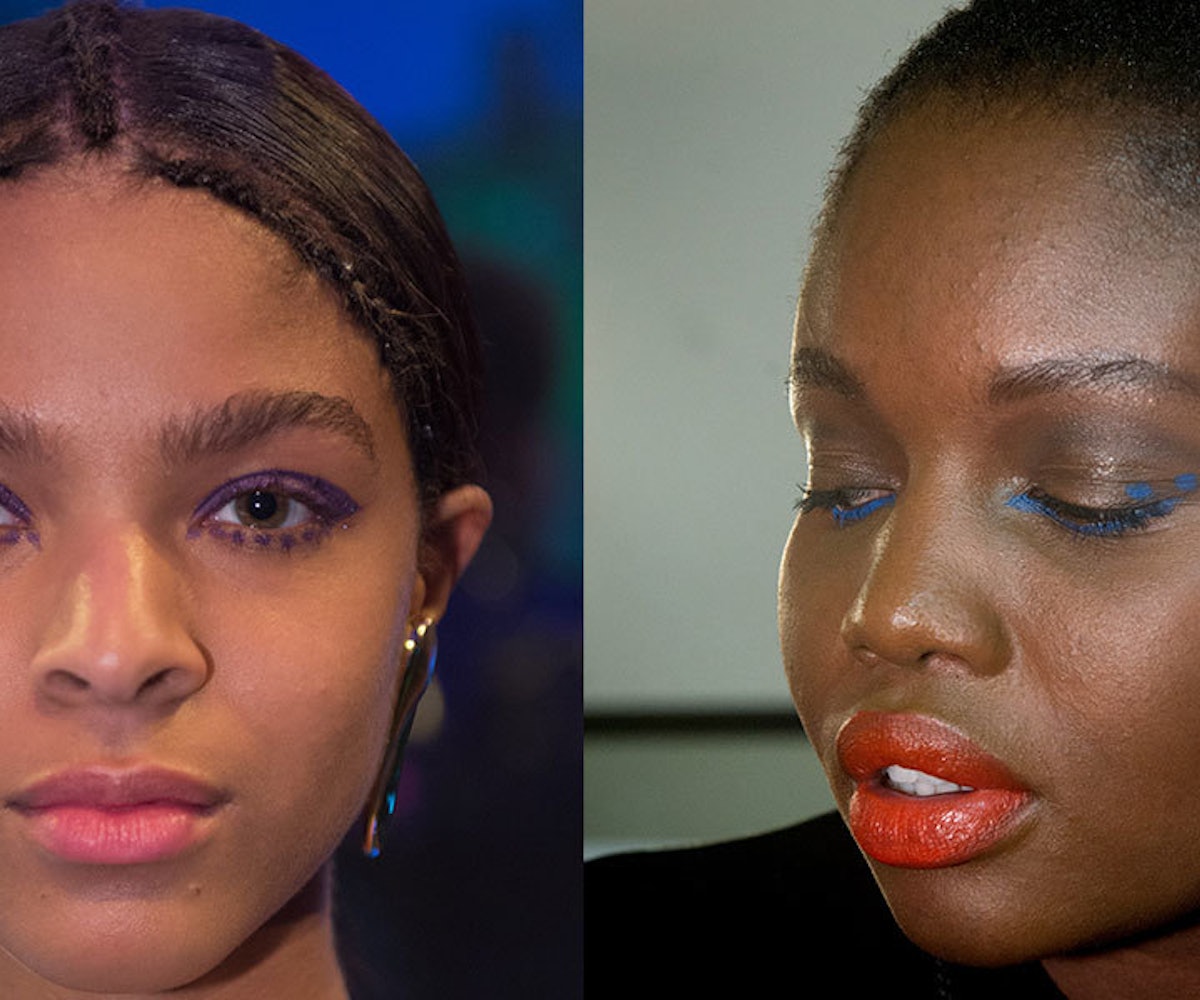 New York fashion Week-goers were whisked away to Wakanda last night, days before Marvel’s highly anticipated (and very, very good!) film Black Panther hits theaters. The studio merged fashion and beauty for a vibrant night full of statement pieces, from brands like Chromat, Cushnie et Ochs, LaQuan Smith, and Fear of God, inspired by the different characters and themes from the movie.

Behind the scenes, makeup artist Nick Barose—who often does the makeup for lead actress Lupita Nyong’o—painted on the colorful designs by lining the eyes with Lancôme products, who was a sponsor for the show. The beauty looks from the actual movie are meant to exude African pride and pay homage to Afrofuturism, so it only made sense that the looks for the presentation did the same. Barose says that he was “inspired by African Face Art, but with a futuristic edge.” He drew the dots in a way that would make it easy to create at home. “We kept it natural and fresh, so it didn’t look costume-y,” he shares, adding that it’s a great makeup moment to recreate for a fun night out (or, say, to see the film this weekend).

The hair was also pretty low-maintenance. The majority of the models had close-cropped, natural hair, so not much was needed on that front. For the others, lead hairstylist and Redken brand ambassador Rodney Cutler created braided styles. One included two mini braids that framed the face and an additional one that snaked backward along the center part. “You’ve got the movie element and the fashion part so we tried to blend it together because I think that’s sort of the world we live in now,” he told Vanity Fair. “There’s not really a separation, it’s like music, movies, social inspirations, fashion, and beauty all tied into one.”

Take a look at some of the fashion and beauty looks ahead.